TORONTO — The Canadian Premier League is holding the #GotGame Open Trials starting in September and participants eager to show off their talents in the hopes of securing a spot in a professional soccer team can also use these trials as a useful gauge of their own skills and abilities via a comprehensive data analytics platform, which will be on location in each city.

Sports analytics company Kinduct will be collecting, transposing and presenting useful data tools to players, coaches and CPL staff during the open trials, which senior sports technologist Ryan Smyth said will allow the CPL and club head honchos to talent ID in a more meaningful manner.

“The nice part with the coaching staff is we’re able to give them digital scouting tools, and they are able to use our system to scout the players as they’re doing analysis, while the players are playing,” Smyth told CanPL.ca in a phone call about his company’s platform.

“Past that, in terms of our tools for data collection, we’re able to give player reports to the league after the event, and we can quickly transpose all the data that’s being collected. Because of the scoring template that we have built inside of it, once the data comes into the system, it then automatically scores itself, and we’re able to send that out as a report to all the league representatives and the coaching staff.”

Smyth outlined some of the metrics he and his company will be looking at, including standing and reactionary jumping, change-of-direction drills and endurance tests. The system itself includes Titan GPS sensors – which players will be outfitted with on Day 2 of the trials – and manual data input, all of which is then handled by a complex algorithm that automatically ranks each participant against one another. 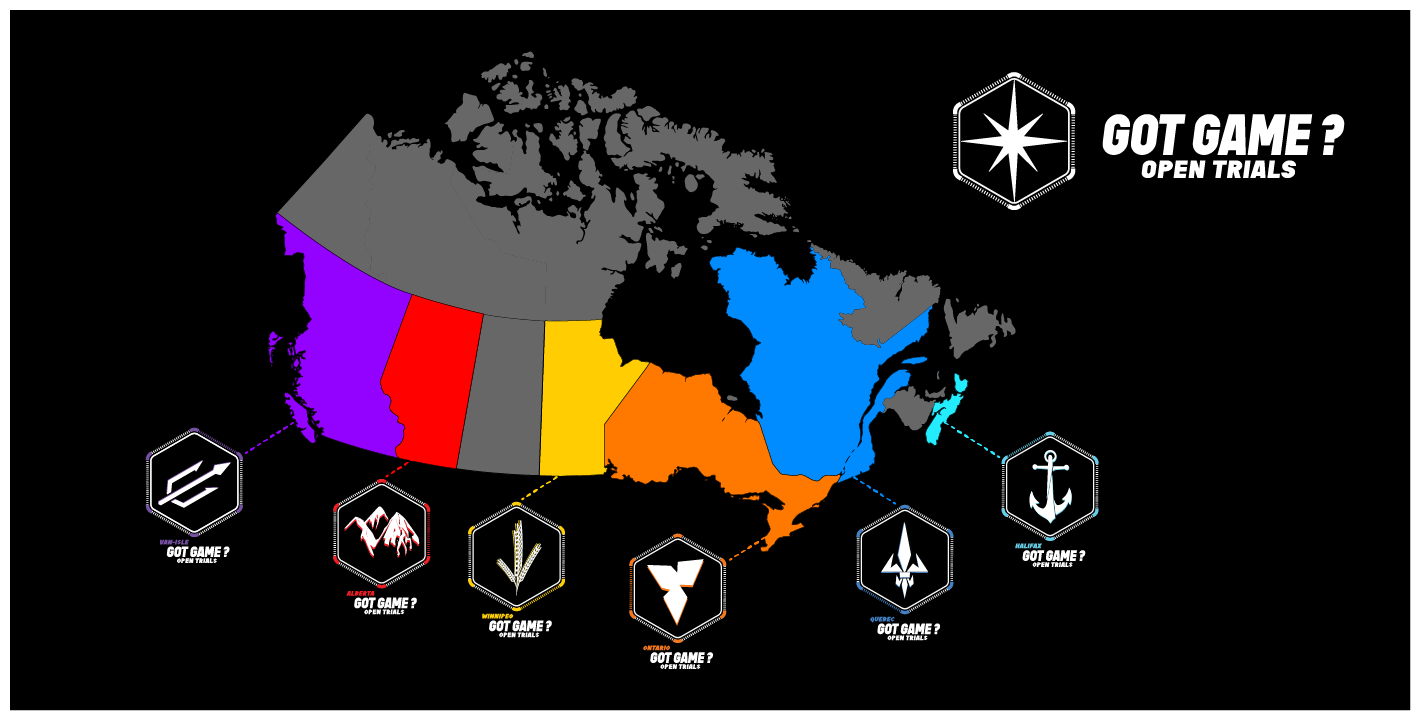 Players who participate in the #GotGame Open Trials will be given a detailed performance evaluation summary, which Smyth said looks similar to EA Sports’ ratings. Each player will see their details and overall score, with a deeper look showing their performance across multiple metrics, as compared to one another: Higher-scoring stats will be presented in green, mid-tier in yellow, and low scores in red. Ultimately, Smyth said, these tools help players understand themselves, and in doing so, make the process of growth even more tangible.

“Every athlete is different, but for the most part, they’re very interested in their career,” Smyth said. “When used correctly, this data allows a player to elongate their career, which ultimately means they’ll probably make more money and have a longer career doing what they love, while staying healthier in the long run.

“The other ability is to understand their body better. How are they training, how do they look in practice? They can perform better by understanding themselves. No matter what it is – performance, or day-to-day life – understanding yourself a little bit better always allows you to improve yourself, and I think that’s ultimately what players and athletes are looking for; a way to get an inside edge on themselves so that they understand how they can perform at their best abilities. That’s really the key to this whole thing for them.”

Kinduct works with professional sports organizations across multiple leagues, including with the Portland Timbers in Major League Soccer, and Smyth sees the growing trend of in-house analytical departments at these professional clubs as a benefit to the players – and to the team’s efforts – across the board.

“The EPL, for instance, it’s definitely more of a standardized thing in terms of analytics,” Smyth offered, when asked about the growing use of data in sports. “You can go anywhere from tactical to performance to injury prevention, that’s the benefit of our system and that we’re able to do all that from tactical to medical to performance. In terms of the marketplace today, I think more and more teams are starting to use it in every sport, soccer included.

“Most of the time you will see in practice players wearing GPS trackers, kind of like a sports bra that you’ll see them wear. That’s normally just taking the ability to track them via GPS on the pitch to be able to figure out where they’re playing, how far they run, how fast they run, etc. All that information then gets dragged into our platform and at the end of practice, once they’re done, their coaches are able to see variations based upon where they were last game or last practice or 10 practices ago.

“More and more teams are doing that, and they’re overlaying others to get their own quote unquote secret sauce or methodology to figure out what works for them.”

Opportunities like this don’t come along often. The chance to make a dream come true. The chance to represent a crest worth fighting for. CPL Open Trial registration is just around the corner. So, we want to know… You #GotGame? 08.29.18