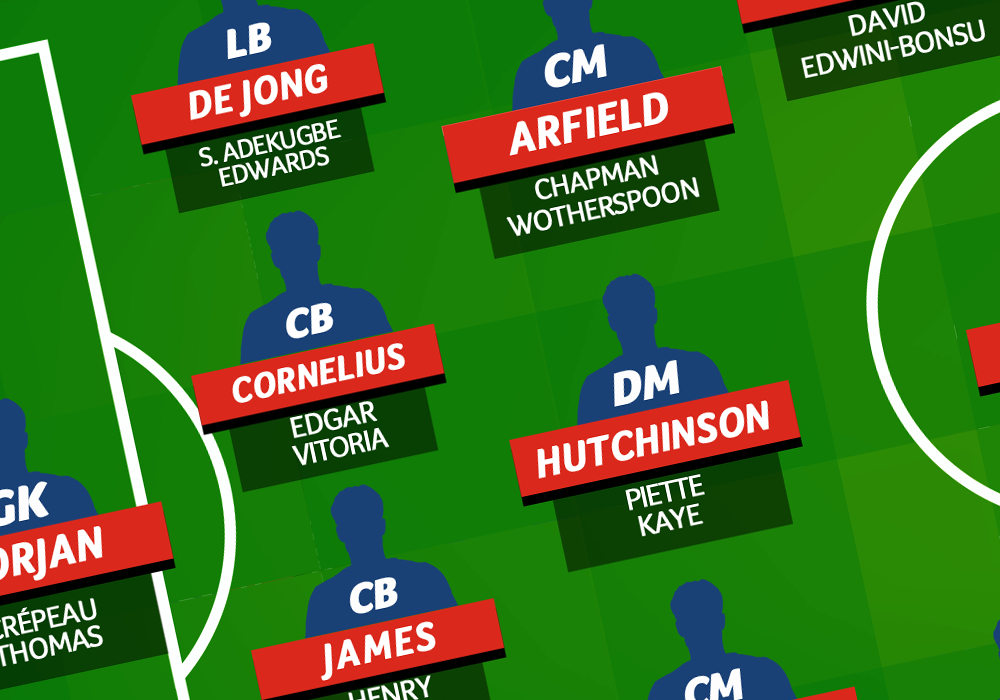 Coach John Herdman will guide his team through the final stages of CONCACAF Nations League Qualifying, before likely turning an eye to the 2019 Gold Cup in June. With the Nations League getting into full swing this year, too, Canadian fans have plenty of meaningful matches to look forward to in 2019.

With that in mind, the players making up the national team will have an abundance of opportunities to impress, such that the team’s lineup might just change come June 15, when the Gold Cup begins.

Who does Herdman have on offer from his player pool? Here’s how CPL Editorial sees Canada’s depth options across the field, keeping in mind that many of these players can and have played in multiple positions for both club and country:

Red Star Belgrade shot-stopper Milan Borjan is the clear No. 1 for 2019, and probably beyond as the veteran Canadian has been lights-out for his club in UEFA Champions League play, stifling tough competition.

Crepeau could see plenty of minutes with the Whitecaps this season, while Simon Thomas just edges out Juventus’ Alessandro Busti for the third spot, though Herdman is for want of little when it comes to his goalkeeping options.

Montreal’s Michael Petrasso is probably the first-choice option at right fullback, having earned a spot in the 2017 Gold Cup roster, but with Zachary Brault-Guillard coming up through the ranks both for club and country, this spot could be contested in 2019. Marcus Godinho is another option to watch, while Fraser Aird of Dundee is another regular inclusion of late.

Canadian young player of the year Derek Cornelius earns the nod ahead of Doneil Henry while Manjrekar James keeps his place, though you’d have to imagine that David Edgar could challenge either for a starting role in 2019. Could Valour FC’s Skylar Thomas do the same with consistent showings in CPL action?

We don’t believe Alphonso Davies is a left fullback, and against tougher CONCACAF opposition, his attacking prowess could be wasted if Les Rouges are pinned back. It’s why Marcel de Jong is our preferred starter, bringing a touch of experience to an otherwise young backline. In the future? It’s Sam Adekugbe’s spot to lose, though Raheem Edwards could challenge with solid showings in Chicago.

Keep an eye on Toronto FC’s Ryan Telfer as another longterm option, too, with a few names currently signed to CPL deals potentially in the hunt.

Atiba Hutchinson, the man known affectionately as “The Octopus,” starts deep in the Canadian midfield, his best position for club and country. Behind him? Samuel Piette, the obvious understudy, but keep an eye on Los Angeles FC’s Mark-Anthony Kaye – the surprise starter turned heads in 2018 before picking up an ill-timed injury and could return to action on the same pace needed to earn consideration at the international level.

Other options include Will Johnson and Liam Fraser, though the former hasn’t been in the fold of late, while the versatile Ledgerwood would fit into his natural position here, too. Could FC Edmonton’s Allan Zebie also earn a call-up?

Captain Scott Arfield is an assured starter in the Canadian midfield, deputized by Toronto FC’s Jay Chapman, but beyond that, the third option is wide open. There are some Canadian talents abroad who have been used in the past, but this is one position that Herdman isn’t exactly hard-pressed to decide over. The more likely case is that Russell Teibert or Samuel Piette figure into this secondary midfield role depending on need and availability.

Jonathan Osorio had too good a season with Toronto FC last year not to be considered a starter for Canada in 2019: 17 goals in 43 games across all competitions spells the story of a breakout year for the Brampton, Ont. man. He’ll be deputized by Teibert, who can fit into a variety of roles as needed. But keep an eye on Kyle Bekker, too. The Forge FC signing had a stellar 2018 season with North Carolina FC last year, recording 13 assists. He could figure his way back in with equal levels of production in 2019.

Simply put, we don’t believe Davies should be used as a left fullback, and instead, should play much higher up as an attacking option for Herdman’s side. In a position manned by young, talented players, Davies is the obvious standout, having been named Canadian Player of the Year for 2018 as he headed off to Bayern Munich.

Barcelona B attacker Ballou Tabla is another fine choice, as is versatile attack-minded winger Liam Millar over at Liverpool’s youth ranks. Both players offer Herdman plenty of energy and skill, and can be used in many different positions, as needed.

Lucas Cavallini is in better form than Cyle Larin at the moment, which is why he’s our preferred starter in this attack-minded formation. While Larin could provide Herdman with more of a poacher’s instinct, the dynamism of Canada’s attacking front plays more in Cavallini’s favour, as his hold-up play and movement is more in-tune with that of his teammates’. Ricketts sits third in line, for now.

After that? Marcus Haber, Anthony Jackson-Hamel and Jordan Hamilton each offer their own take on the centre forward role, with Haber preferred due to his size and experience abroad.

You’ve got to wonder if Herdman has ever considered a six-man frontline consisting of Junior Hoilett, Jonathan David, Cavallini, Davies, Tabla and Osorio, such is the breadth of options Canada seems to have found in the last two years. Hoilett is, of course, the starter out wide, challenged by the versatile Jonathan David, who can play up top as well, if required.

Randy Edwini-Bonsu is another versatile attacker who could figure into this spot, combining speed and a goal-scorer’s threat with renewed purpose, as FC Edmonton provides him with the sort of meaningful minutes needed to regain his top form.

Here’s what CPL Editorial’s 1st depth chart of 2019 looks like: