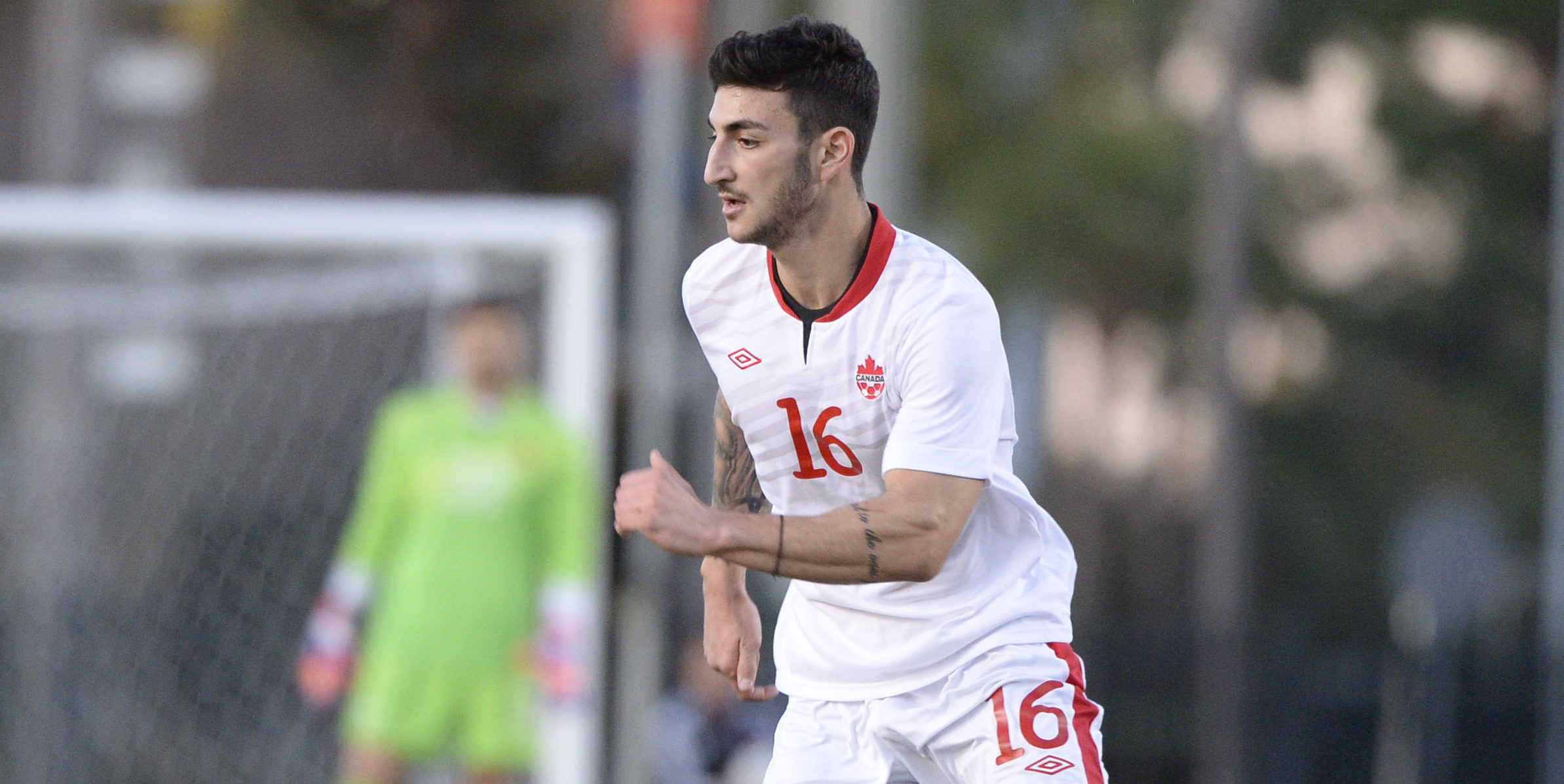 York9 FC announced on Tuesday their first new signing ahead of the 2020 CPL season, and it’s a big one. Midfielder Chris Mannella, formerly of the Ottawa Fury, will be joining the Nine Stripes.

Mannella, a 25-year-old central midfielder who can also slot in at centre back, brings a lot of North American experience to York Region. He played 67 games for the Fury in both the USL and the Canadian Championship from 2018 to 2019.

He previously came through the youth academy at Toronto FC, playing 38 games for TFC 2 as their captain. It was there that Mannella became acquainted with Y9 captain Manny Aparicio, as well as Jimmy Brennan, who coached him at the youth level with the Reds.

“I spoke to Manny quite a bit and he gave me the insight of everything, the rundown for how the club works, and he had high praises for everyone involved and that stood out for me,” Mannella told CanPL.ca.

Manella was a steady midfielder for Ottawa in 2019, finishing with an 85.7 per cent pass success rate. He played 31 games for over 2,000 minutes, primarily working to clean things up defensively as a full-time number six.

Mannella appeared in all four of Ottawa’s matches in the Canadian Championship this past year, including all 180 minutes against the CPL’s HFX Wanderers FC. He assisted on the Fury’s first goal in leg 1, picking off a wayward pass to set up Thiago De Freitas’ 23rd-minute screamer.

The Toronto native has seen time in the Canadian men’s national team system as well, earning three caps under former manager Benito Floro in 2015 with a pair of appearances against Iceland and a cameo against Guatemala. He also suited up nine times for Canada’s under-23 team, starting all three of Canada’s matches at the 2015 Pan Am Games in Hamilton (again playing alongside Aparicio in midfield).

Having starred in League1 Ontario for Vaughan Azzurri in 2017, Mannella has some familiarity with a few more of his new teammates. He lined up alongside Joe Di Chiara and Y9 goalkeeper Colm Vance for Vaughan, and he played against Morey Doner and Isaiah Johnston (plus Brennan as coach of Aurora FC). Mannella was named a second-team all-star for L1O’s 2017 season as the Azzurri finished second in the Eastern Conference and advanced to the league’s cup final.

Mannella became a free agent when the Ottawa Fury suspended operations in November. Mannella is the first former Fury player to sign with the CPL since the club shut down.

With this move, the Nine Stripes strengthen an already-solid midfield, with Aparicio and Di Chiara already in place for 2020. Plus, he gives them an extra option in defence, after the news that centre back Daniel Gogarty won’t be back for next season.

“We’re coming for the title and nothing else,” Mannella said. “With the core group of guys that Jimmy and the club has kept, we’re in for a treat because we’re ready.”

This is the first new signing in the off-season for  Brennan’s York9, who have so far announced a strong core of returning players from the 2019 roster, including Aparicio, ironman defender Luca Gasparotto, fullbacks Morey Doner and Diyaeddine Abzi, and goalkeeper Nathan Ingham.