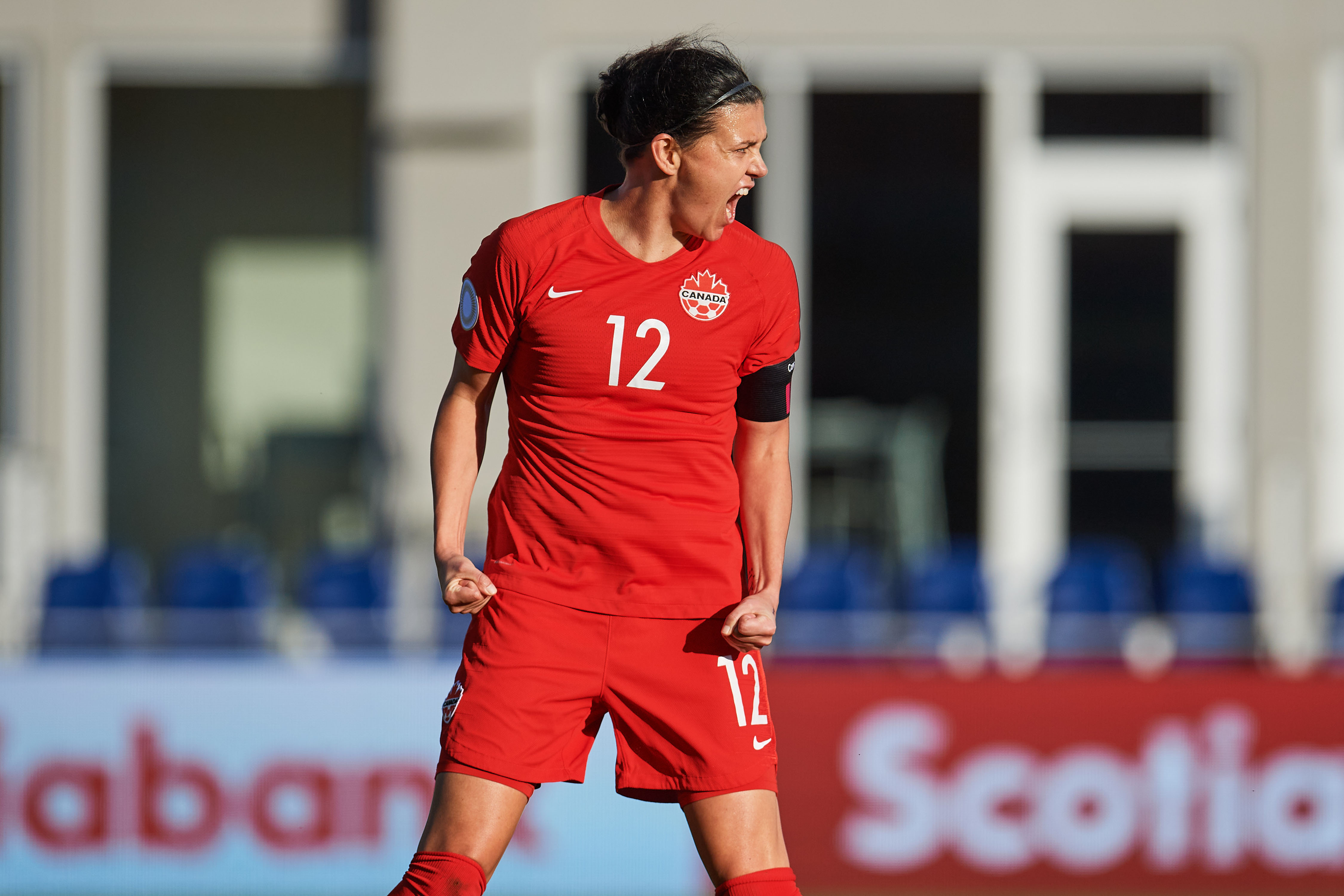 Part 3 of our three-part series is below.

I think my favourite memories of Christine are of how humble she continuously is despite being a superstar.

I remember when we played England in the FIFA U-19 World Championship in 2002. She scored five goals, I think it was, and we were so excited for her as a team. After the game, we all kept on telling her how amazing she played scoring five goals, and she constantly just deflected, and (said) how we all played great and made it look easy for her. She would, and still does, create these magical moments, but then will make her teammates feel like they were a big part of it.

I don’t know any other athlete who is as humble as she is. She always includes her teammates to make her special moments feel like the whole team was involved.

None of my favourite memories of Sinc involve her on the field. While I would probably have to get her permission to tell a few of them, one of my all-time favourite stories is when we travelled to Boston, and we were sitting having a coffee in Harvard Square.

For some unfathomable reason, we’re talking about which animals we would breed together to make cooler animals or cuter animals, or what would happen if we tried to breed certain animals with humans and what the outcome would look like. It was hilarious and inappropriate, to say the very least. In the middle of a particularly vulgar comment by Sinc, a boy sitting at a nearby table snorted into his coffee. He had clearly been listening to the whole conversation.

This wouldn’t have phased us, but he turned in that moment and said, “Aren’t you Christine Sinclair? I had a poster of you in my room as a kid.” This poor guy had caught his role model talking about a less than flattering subject. This guy’s experience would be like anyone who idolized Sinc then had the chance to sit and listen to her conversations over a coffee. You’d realize quickly that Sinc is a dork, and while soccer is very serious, the rest of life is just a whole lot of joking around.

My first impressions of Sinc were during my rookie season on the Thorns in 2014. I was overwhelmed and young and intimidated by the whole scene, but these two memories sum her up as a teammate back then and even now after six seasons playing with her. During practice one day, I was defending Sinc, and as she stepped to check to the ball, I accidentally stepped on the back of her heel and Achilles. Her shoe came off, she swore a few times, and she hopped on one foot in pain for a couple of seconds as the game continued around us. I thought that was it for me, and she hated me, and I was just a stupid, clumsy rookie who was terrible at soccer. I apologized over and over as she swore over and over. After practice, I went to her locker to apologize again. Her response was “Stop apologizing, it happens. It’s a contact sport.”

A couple of weeks later, we went to play against Boston. This was a particularly painful game. We were losing about 4-0, and we’re down a man after a red card. Sinc scored an amazing goal, and I went up to celebrate with her. She told me in select words, which I can’t exactly remember, to “go back to my position” because “we were still losing 4-1.”

These two memories start to reveal how Sinc is as a teammate on the field. She doesn’t care who you are or what your accolades are as long as you’re invested and working hard — even if you’re a rookie stepping on her Achilles. She comes to practice and focuses on herself first without pointing fingers at anyone else. And like in that Boston game, she wants to score, but only because it helps her team win, not for the glory or attention.

It’s my favourite memory, but it’s a hard memory, the one that stings me.

In 2016, my first season, we finished first in the regular season, and we got to the (NWSL) semifinals. We had no doubt that there was nothing stopping us from winning this game. We go 1-0 down, and it’s a shock. The stadium can’t believe it. Then we go down 2-0, and everyone is thinking, “What is going on? We beat this team (Western New York Flash) twice this year.” I could see in Sinc’s her eyes that she was boiling. She grabbed the team after the second goal, and she had words with them. After kickoff, we got the ball into Sinc’s area, she makes something out of nothing, and she scores. Within split seconds, it’s 2-1.

We end up losing the game 4-3 in extra time, and when I say no one in the stadium could believe we could lose, even with 30 seconds to go, no one that day, 21,000 people, believed we would lose that game. I’m not being dramatic. The silence that lasted 10, 15 minutes after the whistle is something that’ll always stick with me. Sinc’s reaction to that adversity, to wanting to do everything on that pitch, trying to help us win.

After the game, no one could talk. For the first time in my career, I was struggling for words. Before I could stumble on some words, she grabbed the team and said how we represent ourselves now is more important than anything else. Her eyes are watering, heartbroken at this moment, but she managed to rally us and realize no matter how bad this feeling is, we’re going to show our class because we’re Thorns. That moment just shows the person. Everyone can be good on the big days, she’s special every day, including the really hard days.

Before I worked with her, at the 2012 Olympics, the semifinal versus the Americans, I look at that moment. If there was a player who put her whole country on their shoulders, and said, “We are going to do this.” What a performance to see an athlete, male or female, do that. There’s probably one or two moments in all of football history that someone’s done what she did, and it ends up landing the wrong way.

I remember where I was, where I was watching that game and looking at Sinc. When I watched that game in 2012, I never, ever had a dream of working with Sinclair. I knew I was witnessing something so special, knowing it would not be done many times in men’s or women’s football. Never did I end up knowing that I would end up coaching that player for four-plus years.