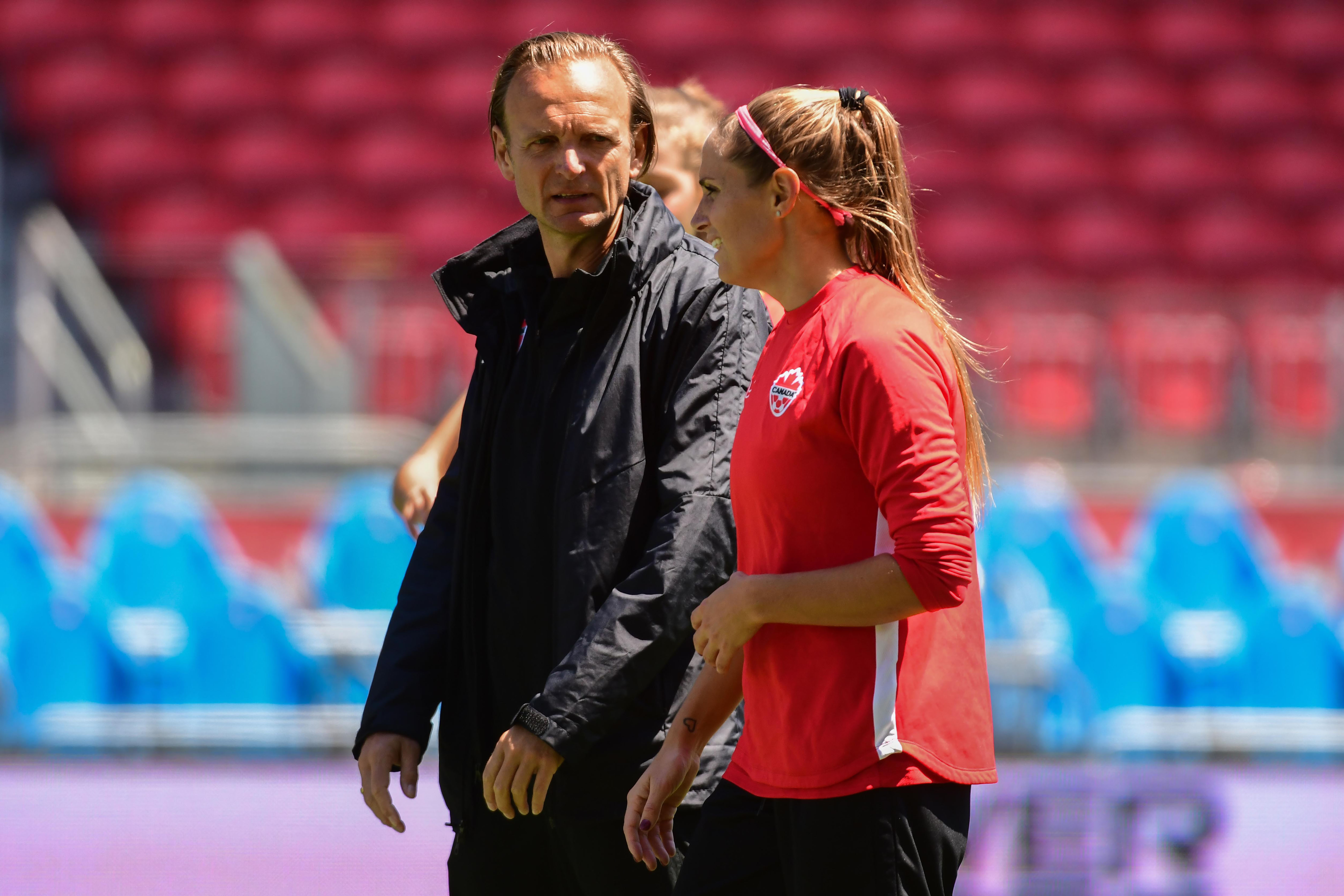 Canada Soccer announced on Wednesday that Kenneth Heiner-Møller will leave his role as coach of the Canadian women’s team after August 2020.

In making the announcement, Canada Soccer revealed that Heiner-Møller will return to his native Denmark and serve as Head of Coach Education for the Danish FA.

Canada is eighth in the current FIFA world rankings.

“This was not an easy decision to make because of the quality of the people that I have had the pleasure to work with since my time at Canada Soccer,” Heiner-Møller said in a statement.

“As a leader in the women’s game, Canada Soccer’s investment in the women’s national team program will ensure its continued success. I would like to thank the players, staff and Canada Soccer for the opportunity to represent a great nation and program who I have every confidence will return to the podium at Tokyo 2020.”

The Reds posted an international record of 20 wins, five draws and 10 losses during his tenure, and reached the round of 16 at last summer’s FIFA Women’s World Cup in France.

Canada also finished in second place at this year’s Concacaf Olympic qualifying tournament under Heiner-Møller to book its spot at the 2020 Tokyo Olympics.

“Canada Soccer wishes Mr. Heiner-Møller all the best in his return to the Danish Football Association and thank him for his contributions to our women’s national team program,” Canada Soccer president Steven Reed said.

“He is a highly-regarded coach who gained the respect of the Canadian soccer community in his time with our organization and we thank him for his genuine approach with both players and staff.”

Canada Soccer has begun the search for Heiner-Møller’s replacement ahead of the Tokyo Olympics, which have been postponed to next year due to the COVID-19 pandemic.

Well-liked and respected by the Canadian players he oversaw, the soft-spoken and thoughtful Heiner-Møller cut a gentle figure while on the touchline for Canada.

“I sure am going to miss playing for Kenneth . His ability to push and get the most out everyone while truly caring about each individual is something I’ve rarely experienced. Kenneth, thank you,” Canadian captain Christine Sinclair posted on her Twitter account.

Fellow Canadian forward Janine Beckie tweeted: “Hard news. I am very sad to see him go, but incredibly excited to see him return home (and) fulfill a dream. Thank you for pushing (and) challenging us, laughing (and) crying with us, and truly believing in us. It was an absolute pleasure to play for you. We will miss you, Kenneth!”

Heiner-Møller was a very progressive coach, one who believed in “several truths,” and not just his truth. He wanted constant feedback from his players, and didn’t always consider his view the final word on matters.

“Being a former player, I know that the things you see on the pitch during a game are sometimes much different than what you see from the sidelines,” Heiner-Møller told this writer shortly after he took over from Herdman.

“If you want to be a coach who connects with players, you have to see everything, and take everything into account. Sometimes, players know better than coaches do because they are involved in the game in real time. You can call it progressive, but if you look and the knowledge and experience of some of these [Canadian] players, you have to acknowledge that – you can’t ignore their opinions or what they’re experiences are because it adds value to what you are trying to do.”

The Dane was not afraid of giving promising prospects a chance. Olivia Smith became the youngest player ever to debut for the Canadian women’s team at age 15 last November with Heiner-Møller at the helm.

One player who especially flourished during Heiner-Møller’s time in charge was Ashley Lawrence, a fullback/midfielder who plays professionally in France with Paris Saint-Germain, and was voted Canadian women’s player of the year for 2019.

“From my point of view, she’s the best fullback in the world, by far,” Heiner-Møller said earlier this year.

Sinclair became the all-time top international goal-scorer (for both men and women) under his watch when she scored goals No. 184 and 185 to pass retired American star Abby Wambach at the Concacaf Olympic qualifying tournament in January.

Heiner-Møller also wasn’t shy about speaking bluntly about his team’s poor performances when the situation called for it.

Last October, Canada suffered a humiliating 4-0 loss to Japan in a friendly, marking the team’s largest defeat since falling to the United States by a similar score line during the 2012 Olympic qualification tournament.

The loss to Japan came on the heels of the team’s disappointing show at the World Cup, and left a sour taste in Heiner-Møller’s mouth as he questioned his players’ commitment.

“We had a meeting after the loss against Japan, where we had a very hard conversation from me to them, between players as well, and what it means to pull that jersey over your head,” he said.

“I don’t want to give an excuse coming out of a tournament, but I know the work this group put in being at the World Cup and how disappointed we were to actually leave it with what we thought was too early and the emotion of having that loss. The lack of excitement we had coming back in together, that was my biggest concern and the lack of commitment to what we as a team are doing.”