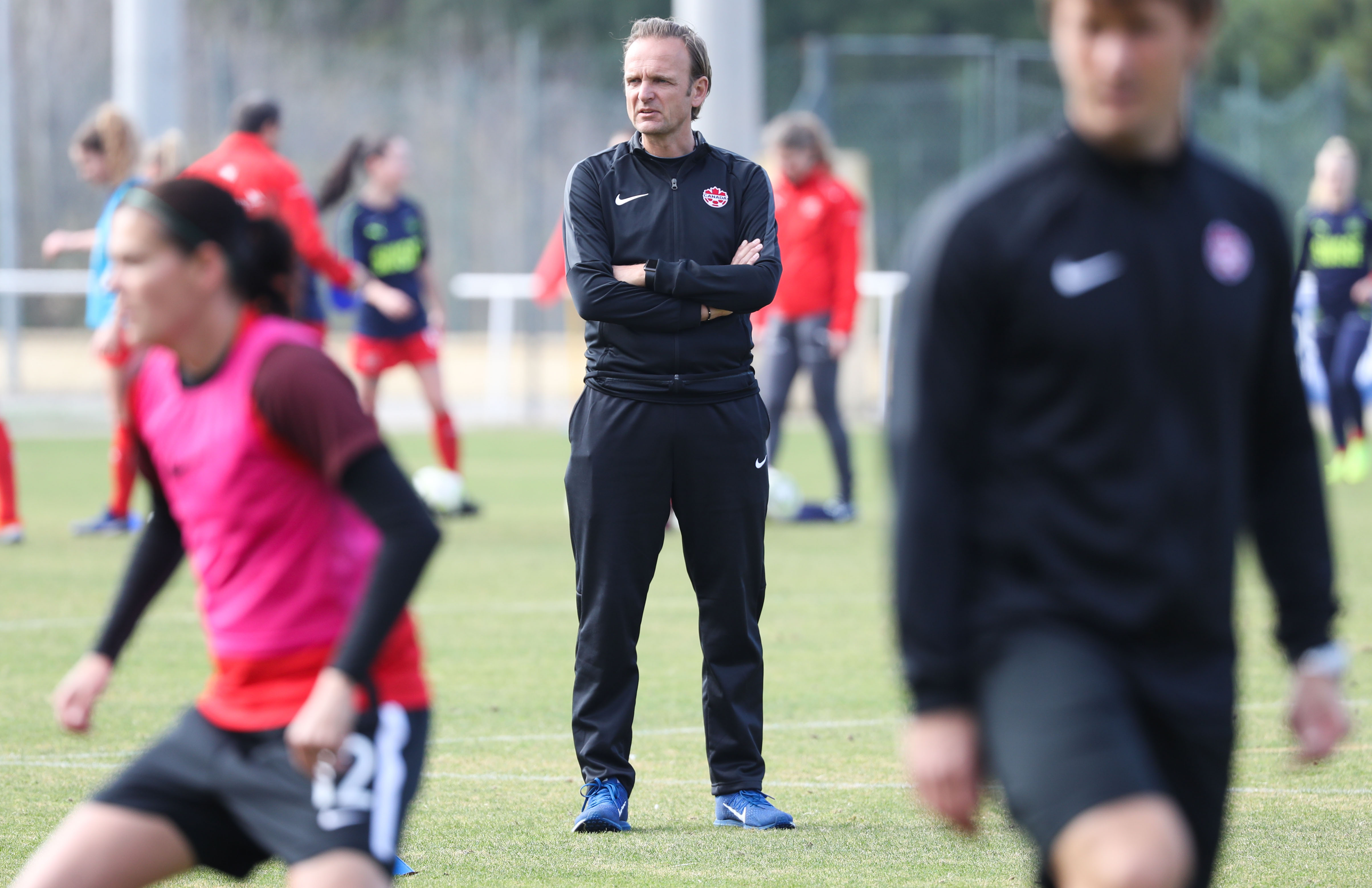 After coach Kenneth Heiner-Møller’s surprise resignation came down a year before the newly-rescheduled Tokyo Olympics, Moscato, a former defender with the Canadian team, recalled how Canada faced a similar situation when it turned to John Herdman.

Herdman, who went on to lead the women’s team to two Olympic bronze medals, was hired in the wake of Carolina Morace’s untimely departure following the team’s last-place showing at the 2011 FIFA Women’s World Cup.

“Remember, John had nine months with the team and he got us on a podium at the 2012 London Olympic Games,” Moscato told CanPL.ca.

“This is history repeating itself. It’s possible to pick up the pieces, and it’s been done, and it takes a group of willing players which I know these women are. Daunting or not, this group (of players) is a goldmine.”

Wednesday’s announcement marked the beginning of the end to Heiner-Møller’s brief reign in charge of the national team, which will formally come to a close in August. Heiner-Møller, 49, was promoted from assistant to the head coaching role in January 2018. His lone major tournament came last summer at the 2019 Women’s World Cup in France. Canada bowed out of the tournament in the round of 16, losing 1-0 to Sweden. Heiner-Møller posted an international record of 20 wins, five draws and 10 losses while in charge of the Reds.

Herdman’s two-bronze-medals cast a long shadow over Heiner-Møller’s tenure, which Moscato viewed as an evolution in smooth, possession-based football.

“He took over from someone who laid the framework for this country and he was able to implement a fluid, European, adaptable style of football – and allow the players to evolve,” Moscato explained.

“Morace introduced it, Herdman explained it, and Kenneth took it to another level. When I look at Kenneth’s influence it was short but definitely positive.

“He got the team to be a possession-based, statistically-dominant team; now it’s just about putting the ball in the back of the net.”

Canada Soccer will now search for a new coach before next summer’s Tokyo Olympics, which were set to run this August before the COVID-19 pandemic struck.

One thing is certain, though, for Canada: There is no time to waste. A women’s golden generation is waning, as the likes of Christine Sinclair, Diana Matheson, and Desiree Scott near the end of their careers.

“The goal is to get this last generation of veterans completely optimized. The world’s top goalscorer… setting her up. When she’s on the pitch, you need to give them a chance to score,” Moscato said.

“We were very clear last year, when I was an (TV) analyst at the World Cup, this is the best team they’ve ever had. But you can’t just say it, and not reference the fact the game has grown as much – it’s faster, more goals are scored in transition. That’s where games are won and lost, and we saw that with Canada last year, including in the loss against Sweden.”

Moscato, who made 94 appearances and bagged two goals for Canada, said the sprint to the Tokyo Olympics is “daunting but promising” for a prospective new coach who will take over the eighth-best team on the current FIFA world rankings

“You have 11 months to get one project right,” Moscato offered. “To start planning anything beyond that is so difficult.”