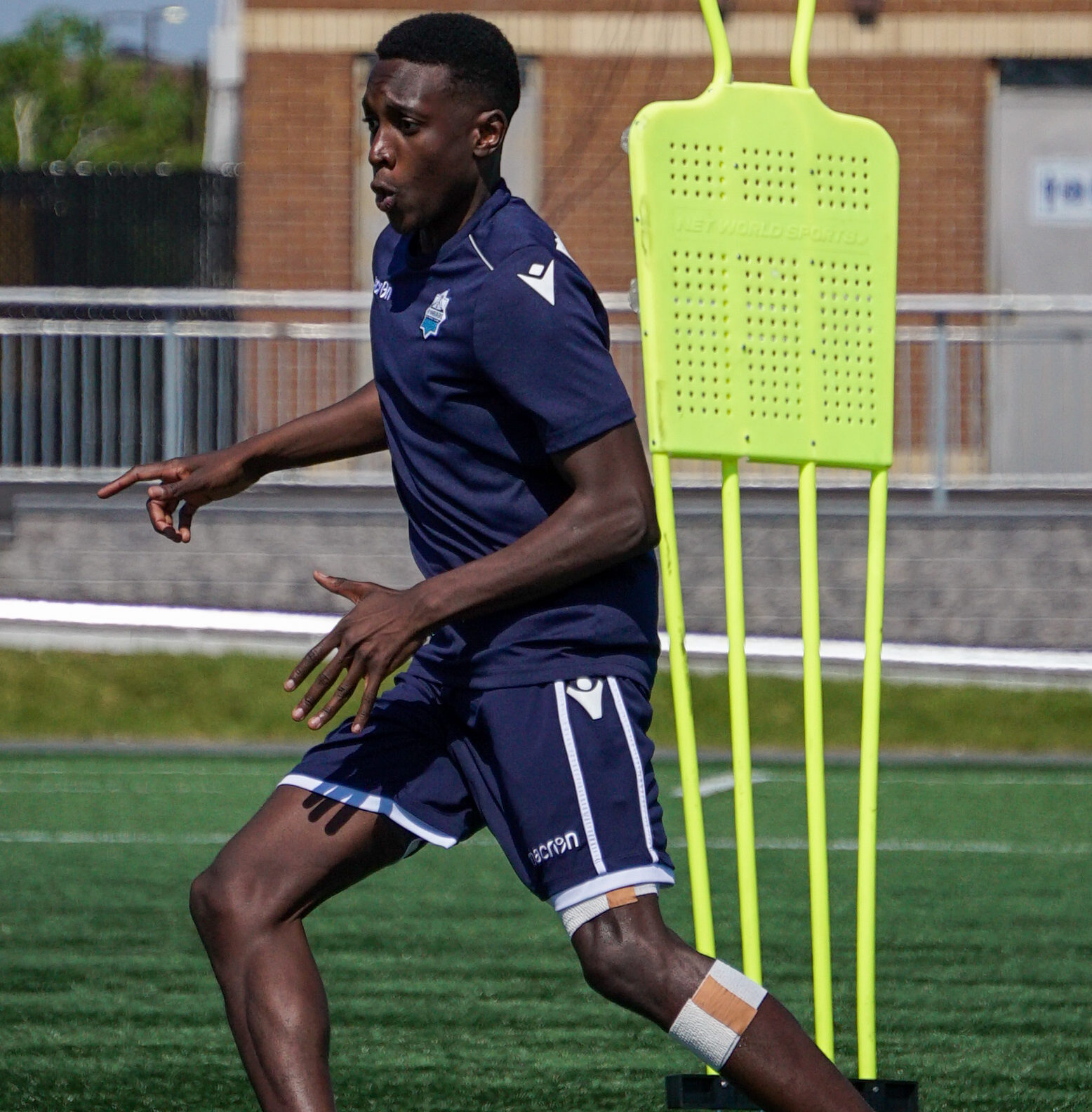 The HFX Wanderers FC newcomer is back training in Nova Scotia almost six months after his pre-season preparations began on the West Coast. In January, Sissoko began a six-week trial with the Vancouver Whitecaps that the 24-year-old University of Montreal graduate admitted wasn’t slated to last that long.

“To be honest, I was only supposed to be there for three days,” Sissoko told CanPL.ca. “But every week, the coaches (said) I’m coming back for one week, one week more.”

That the trial with the Whitecaps kept getting extended was a shock to Sissoko, as the Mali-born midfielder was a relative unknown in the Canadian soccer community. But, a closer review of Sissoko’s resume tells a much longer, more convincing story.

Sissoko was signed by the Wanderers this past off-season, but he was originally selected 12th overall by Forge FC in the 2018 CPL-U SPORTS Draft. Following a stellar year with Montreal in 2019, Sissoko was named the RSEQ and U SPORTS men’s player of the year, and he is up for a U SPORTS Lieutenant Governor award as male athlete of the year across all university sports after leading the Carabins to a 9-1-2 record.

Marc Dos Santos noticed Sissoko’s exploits for the Carabins. One of Canada’s brightest coaching minds, the Whitecaps bench boss saw value in the University of Montreal player and invited him to pre-season camp.

“One of the best coaches I’ve ever seen. The way he communicates with his players is so special,” said Sissoko, adding Dos Santos expressed interest in signing him by the end of MLS pre-season.

“But football is football, he said. Things can change. The message was ‘keep playing, keep working hard, and maybe something will change. We’re watching you. We’re following you.’

“I learned a lot of that, going from U SPORTS to MLS. I can bring that to the Wanderers hopefully and it can benefit the team.”

After his time in Vancouver, Sissoko was uprooted and sent cross-country to Halifax, only to return home, like many CPLers, when COVID-19 postponements put training on hold.

His time in his hometown of Montreal brought the third and final time zone in his pre-season preparations. Now he’s back in training with HFX, but not before first completing a two-week self-isolation protocol upon his return to Nova Scotia.

“The teammates dropped off groceries for us,” Sissoko said. “They went out and got that stuff.

“That’s the team spirit. It wasn’t hard for us because we knew the teammates were there for us.”

Sissoko, who has earned two caps with the Mali under-20 national team, is ecstatic to return to the pitch, even as his teammates enter the expanded, ten-to-a-field second phase of CPL’s COVID-19 return-to-training program.

“We started with the four-player setup,” Sissoko said. “That’s good, actually, because after being off the field for three months, it’s hard to get that feeling back.

“You have to work, work, work to get that touch back, so the four-player style is good for us.”

As for his whirlwind pre-season, filled with MLS shoulder-rubbing and cross-country travel, he is ready, perhaps relieved, to solely focus on the Wanderers.

“I’m not thinking about the Whitecaps now I’m here to improve the team,” Sissoko stated.

“For me, the most important thing is winning games and having a good season here. Let’s be honest, players like me are here because last season wasn’t so great.

“If we can show off as a team, it’s easy for me to shine as a player.”