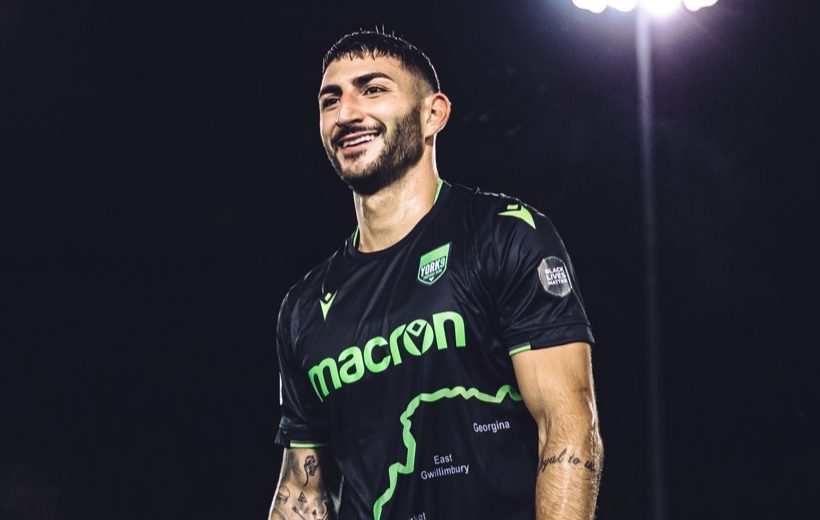 Who would’ve thought that an undefeated team would be so far from certain of a top-four spot at The Island Games on the final matchday of round one?

Such is life for York9 FC, whose 2-0-4 record and 10 points has them tied for second in the table with Cavalry, the team they’ll have to vanquish on Saturday in their seventh game to ensure their season stays alive.

Almost every CPL club — save Forge and FC Edmonton, for opposite reasons — enters this last weekend needing a result of some sort to secure their place in the top four (and some may need more than that). As such, there’s a wide variety of approaches clubs have been taking; some are going at it with a cup final mindset, while others are trying to manage nerves and treat it as just one more game.

Where does Y9 coach Jimmy Brennan stand on the matter, though?

“I think my players know the importance of this match, we all do, but for me it’s keeping the players relaxed and focused on this match at hand,” he told reporters on Friday. “It’s quite funny that we’re talking about these games being cup finals and some of the hardest games in our short career as coaches in this league after only six games.

“They know what they’ve got to do. They know the task at hand.”

RELATED READING: Cavalry FC vs. York9 FC: Both teams on the brink of qualifying for 2nd round

It’s probably safe to anticipate an intense game between York and Cavalry on Saturday; Brennan stressed that 2019 results between the two clubs are out of mind for his side, but the physical, competitive nature of past fixtures is unlikely to be forgotten.

Either club would be guaranteed of top-four qualification with a win. A draw might be enough for both of them, but there’s no chance either coach is going to settle for that uncertainty. So, the Nine Stripes have been preparing for as many possible circumstances as they can, knowing full well that their best-laid plans might not survive long into the match.

“We both know what we need, but who’s gonna be brave? Who’s going to be brave enough to get out there and put a stamp on the game,” Brennan said.

“It’s a chess match, and we’ve got to make sure we’re physically right, we’re tactically right, and mentally right. The game’s going to dictate what our next moves are gonna be; whether we change players, formations, tactics, the game dictates. You have an idea of how you want to enter the match, but then as the game moves you adjust to suit your needs.”

The encouraging news for York9, in a way, is that they still haven’t played at their best in PEI. They’ve struggled to open things up with their attack in open play, and yet they remain undefeated.

That’s an important factor for Brennan; he’s confident his team has another gear yet to hit (if not several). Plus, the squad is healthier than it’s ever been during their time in PEI; Chris Mannella returned to the bench on Tuesday, and Michael Petrasso has been training. Plus, workhorse midfielder and MVP candidate Joe Di Chiara will be back from suspension for Saturday.

Brennan offered an update on the aforementioned players, and the boost his team could find from reinforcements of their calibre.

“It’s great to finally have a training session where everybody’s back and on the pitch,” he said.

“Michael’s had his ups and downs with his injuries, but he’s been looking great over the last few days of training. You saw 20 to 30 minutes of Chris the other night, saw what he’s all about. He brings that energy, that little bit of bite to the midfield. And now we’ve got Joe back again for this game. It’s been good, because we did miss him last match, but we gave Joe some time to rest.”

Now, there are no excuses for York9; they’ll take on a Cavalry side that’s perhaps more vulnerable than we’ve seen it (having lost twice in a row). Brennan wants to see his players find another gear (or several).

“I don’t think we’ve even come close to hitting our peak,” he said. “We’ve got a few guys back now, and knowing what those players are like and what they’re capable of I think definitely, 100 per cent, they’ve got another couple of gears in them.”