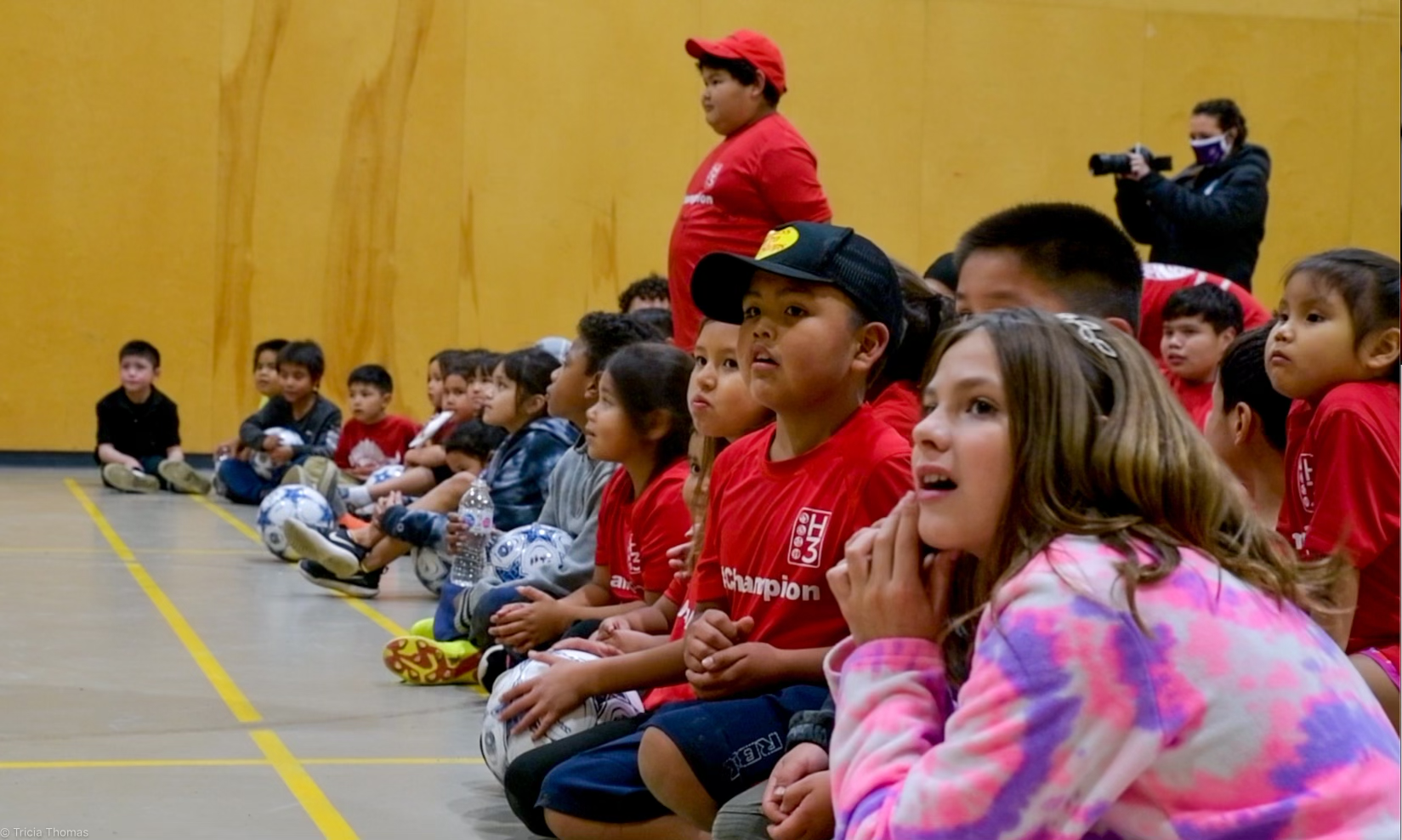 Monday is National Indigenous Peoples Day in Canada and while Pacific FC is a few thousand kilometres away from home, in Winnipeg for the start of the 2021 CPL season, the team and its connection to Vancouver Island’s many First Nations communities draws them much closer.

Vancouver Island’s temperate climate has allowed soccer to thrive – something Merriman has seen in his past growing up there.

“We were invited to different tournaments – Alert Bay, Powell River, Campbell River,” Merriman recalled. “There were crowds all around the field and as a 12-year-old… It was just a really cultural experience around the game. There was an environment that, as a young person, you don’t forget.”

Along with sprawling day camps, the Tridents have logged some serious kilometres to engage with the Island’s indigenous communities. Deana Gill, fellow co-founder of Hope and Health, recalls numerous team members traveling to Penelakut Island – one of five communities on Vancouver Island that held a residential school – in an “all-day commitment” that required a long drive and ferry ride.

“It’s a standout commitment and they are absolute leaders in this world,” Gill told CanPL.ca. “Pacific FC is all in and that matters so much.”

Merriman began his work with Hope and Health as a member of the Vancouver Whitecaps but, as he points out, Pacific’s arrival a few years later allowed for their connection to grow.

“We need to provide more consistent opportunities to work with the indigenous youth – empower them, talk about confidence, and really create an open trusting relationship,” Merriman added. “We can take our players once a month or more to go into the communities and build that trust.”

It’s authentic mentorship and connection with communities far and wide – an unpredicted leap for any professional team in Canada or perhaps North America.

“Pacific is building the relationship with these communities,” Gill concluded. “They are committed to equity, and to really maximizing the platform and the privilege that you have in professional sports, to make a real difference and be part of the change.

“That’s specific to Pacific in professional sports – it’s quite special to who they are and how they show up.”

William Yoachim sees that better than anyone. Another Hope and Health co-founder, Yoachim is a coach and executive director of Kw’umut Lelum Child and Family Services – which serves nine First Nations communities on the island.

“The club’s been very supportive from the top down, the players on the ground have been great but even statements on social media,” Yoachim said. “There are tons of heartwarming moments with some of these kids – we’ve even had some make carvings for players over the years. It’s a special connection to what the players have done.”

Each orange seat represents one child's life that was stolen at the hands of mistreatment at the Kamloops residential school.
215 seats. 215 children.#ForTheIsle | #ForTheKids | #ResidentialSchools pic.twitter.com/wdbDOvF8gA

Monday’s national indigenous day comes weeks after the remains of 215 children were discovered at a residential school in Kamloops – an appalling finding that sent shockwaves around the world and spurred calls for similar searches in the many former schools across Canada.

“Look, the indigenous community were aware of these sorts of findings, but this made it real – and the awareness to the non-indigenous community, bringing them forward, and saying as a society we have to change,” Yoachim said. “Pacific stepped up right away and didn’t waver – they’re consulting with the First Nations and working with us.

“Through James and the young players he brings in,” Yoachim said, highlighting full back Kadin Chung as a particular standout for young people. “They are approachable – they travel to these marginalized communities and give genuine mentorship. We’ve seen that in the kids and the community as a whole. These relations will evolve and organically grow – the way they should.”

As for what’s next, Pacific is set to return to regular community visits when they return from Winnipeg, Manitoba and The Kickoff – CPL’s opening month of matches at a single site in IG Field. A 20-hour round trip to an indigenous community on the northern reaches of the Island, previously scrapped by the COVID-19 pandemic, being the most notable.

Further work in player development is expected too, with PFC seeing several indigenous players shine in their Vancouver Island Wave youth program. For Merriman, seeing those players succeed – some being children of players he faced as a kid in those community tournaments – is just the next step.

“There’s always been massive potential,” Merriman said about indigenous players on Van Isle. “We just need to do a better job of creating those opportunities in creating those pathways for the players and creating a better connection with the indigenous community, with football, and with ourselves as people. That’s the ultimate goal.”