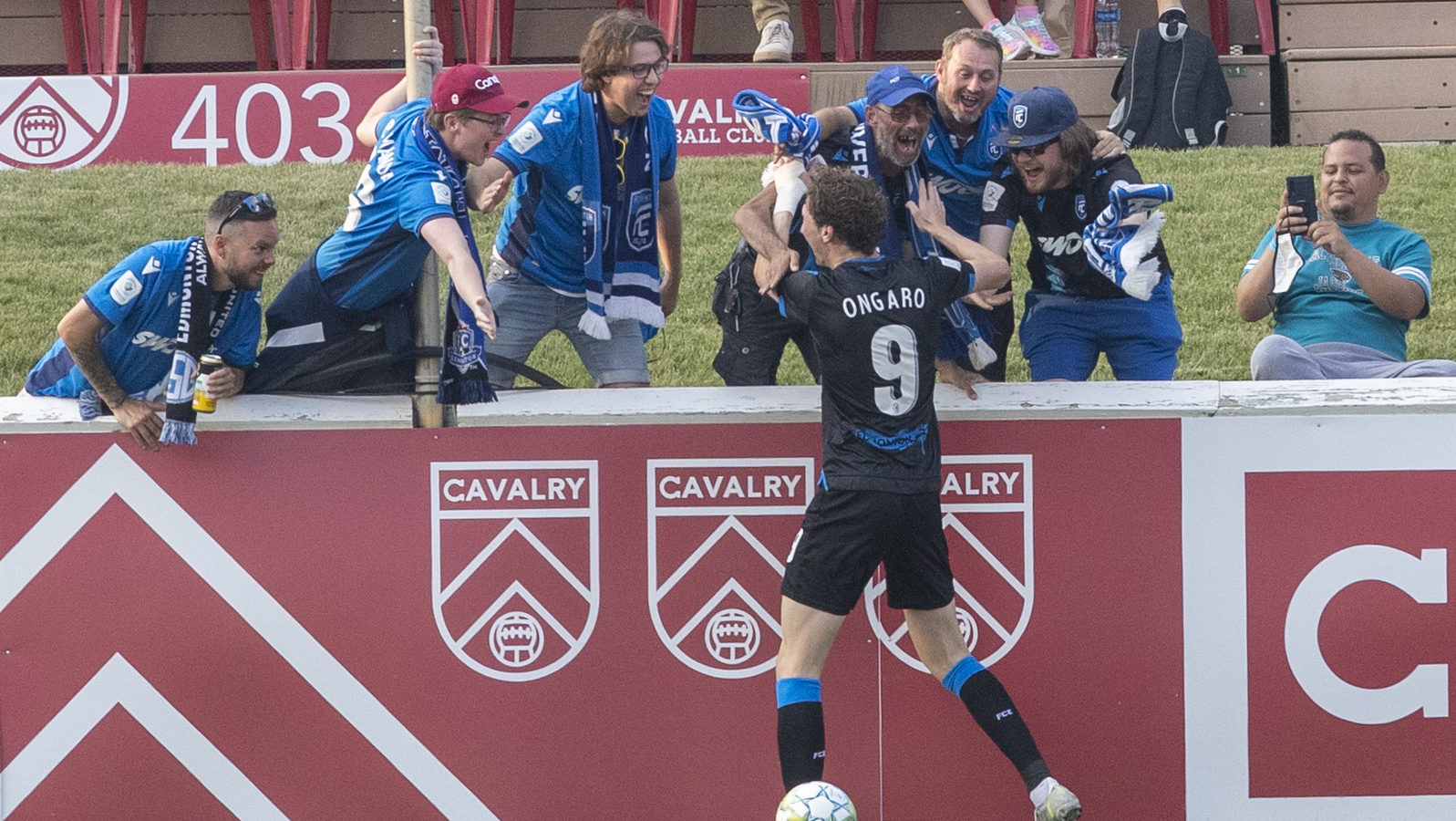 FC Edmonton looked good value for a first-ever Al Classico win following Easton Ongaro’s opening goal and following chances but vintage Cavalry FC were the ones who shined through in front of a loud Spruce Meadows crowd. The study Cavs penetrated FCE’s stronghold of a backline with Joe Mason and Daan Klomp slicing home point-blank chances to take a lead in the all-Alberta season series.

A rare comeback in CanPL: ‘That’s a massive three points for our team’

Tuesday’s furious comeback by the Cavs was the second come-from-behind result in as many CanPL matches – counting HFX Wanderers’ same scoreline win over Atlético Ottawa – but it was just the fourth come-from-behind win in 37 matches this season.

That result, along with the home crowd that surely spurred it on, wasn’t lost on Cavs coach Tommy Wheeldon Jr. after the match.

“There aren’t many comebacks in this league and, when you think about it, that’s a massive three points for our team,” Wheeldon Jr. said. “What I like is there’s a character shown among this group today. We had four outfield players on the bench and, at the end of the day, they showed a great grit.”

The Eddies, very much in control of the first half, left Wheeldon Jr. to tinker a bit with tactics while the crowd and energy levels between the lines ended up making the difference.

“I had to rip up the tactics board and have a few choice words,” Wheeldon Jr. said, offering a curious smile. “Maybe one day those words will come out when the players have moved on or something.”

“They imposed their will on the match a lot better than we did. So we had to adjust and the pleasing thing is we managed to do so well.”

As covered in this match’s preview, Alan Koch’s Eddies side has stumbled upon a formula: keep a sturdy defensive block and look to snatch a goal or two through the likes of Easton Ongaro and Tobias Warschewski.

Tuesday’s result, unusually, saw both elements of that battle plan fall through.

While Ongaro’s rangy header was something to behold, his other chances on net – specifically in a golden window of dominance in the first half – would leave any Eddies fan gripping their seat tighter. Those opportunities were left waning and put coach Koch in a frustrated mood after the match.

“If you don’t capitalize on your chances, like we didn’t do in the first half, you leave yourself completely exposed,” Koch began. “We could have had three, four, five goals after that first half.

“We’re trying to build a new identity – we’re not the finished article by any stretch but that second half could have been much different.”

The other element was uncharacteristic defensive miscues from the Eddies backline – most painstakingly on the Daan Klomp go-ahead goal that saw he and Mason left onside and free to crowd netminder Connor James.

“When you play Cavalry it’s about the second ball,” Koch concluded. “You need to make sure you won the second ball – they won it often tonight and that was the game.”

In the three matches, Sergio Camargo has started for Cavalry FC, the side has scored eight goals. Not a bad return.

The third-year veteran of the team was sidelined at the Kickoff after just two halves of play. In his absence Cavalry failed to score in four straight matches – a club record.

Camargo’s performance Tuesday night – missed goalmouth action aside – was a perfect example of what the club was missing in the attack. The undersized no. ten’s delivery on Joe Mason’s opener was what turned the tide for Cavalry who, up until then, were often forced wide by an Eddies team desperate to keep the lead.

Camargo played a season-high 72 minutes after initially being limited to 45-minute intervals early in the season. It’s good he could play, too, with Wheeldon Jr. saying post-match the club is without as many as nine players due to injury or suspension, many of those being attackers.

The attacking midfielder’s perfect cross in behind the defense, one of five key passes on the night, and right onto Mason’s toe was exactly what the Cavs needed – and what their strikers had been missing with him out of the lineup for the better part of six matchweeks. He had a handful of chances himself, too, lashing a couple chances the ‘keepers way.

Cavalry will stay rooted in their new-look homebase for the time being as Tuesday’s tilt is the first of a three-game homestand at ATCO Field. They’ll next welcome Valour FC on Sunday (2pm MT/4pm ET) in the ComeOn! Match of the Week. Edmonton, meanwhile, will head west to face Pacific FC on Saturday (6:30pm ET/4:30pm MT/3:30 PT). Watch all matches live on OneSoccer.