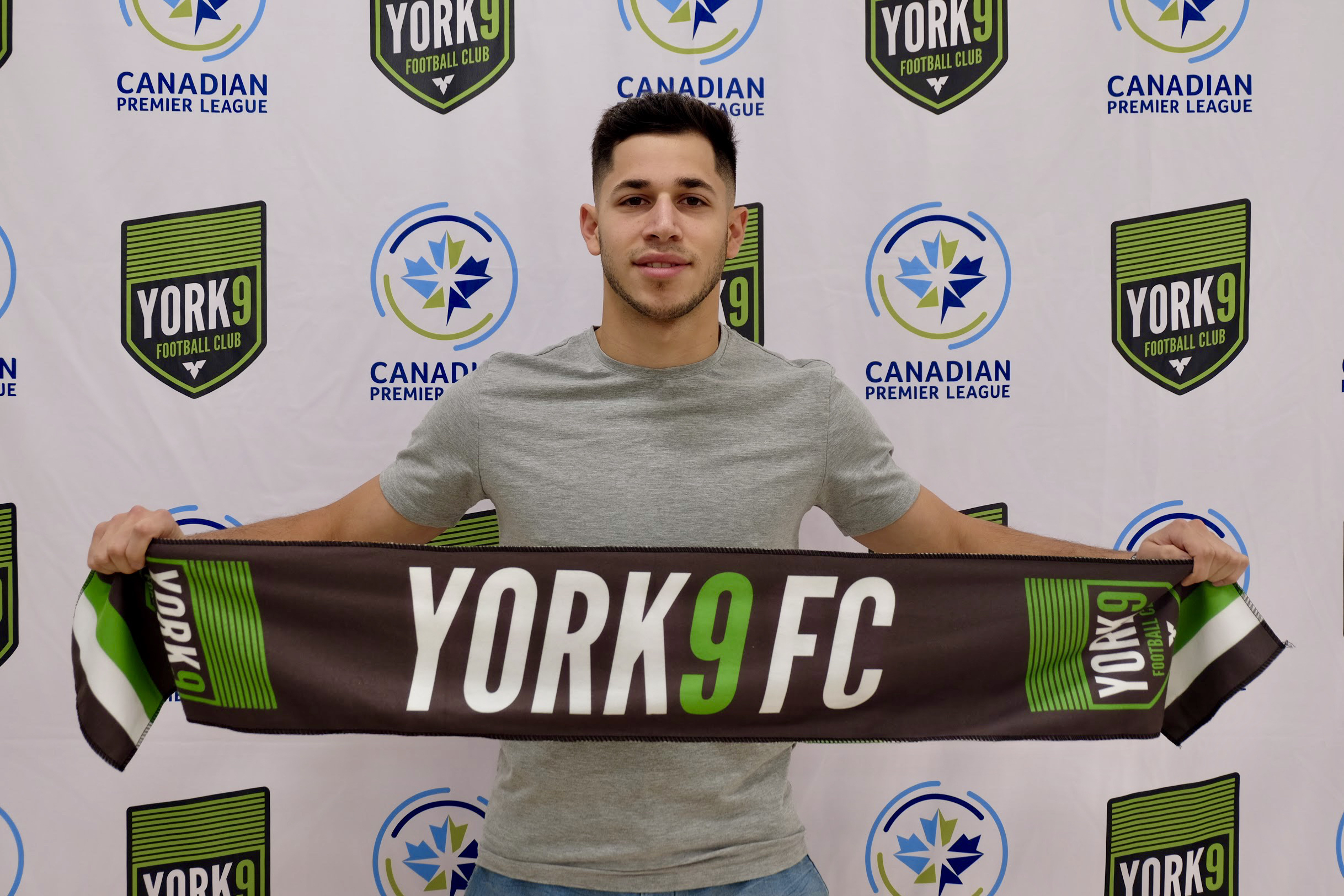 York9 Football Club is pleased to announce the signing of forward Austin Ricci, bringing the Richmond Hill native to the CPL.

Coming most recently from League1 Ontario’s Vaughan Azzurri, as well as splitting time between the NCAA and PDL, Ricci credits the York Region soccer community with giving him a strong foundation to build on.

“Growing up here in the youth system with all the leagues and cups made me as competitive as I am today and made want to get to the top level,” Ricci said.

“I’ve known ‘Gogs’ for a long time,” he said with a laugh. “We used to be enemies, but then we were teammates for a little and now we’re teammates again and I’m excited about it. He’s a great player.”

Having spent some time in the United States soccer system, the well-rounded goalscorer is especially excited about what a Canadian top flight means for the future of the sport in the country.

“Just having our own professional league that allows players to develop is the first part of being a country that regularly qualifies for the World Cup,” Ricci said. “It means players don’t have to go overseas, don’t have to get visas, don’t have to be internationals everywhere, and they can be comfortable. It all starts with the league.”