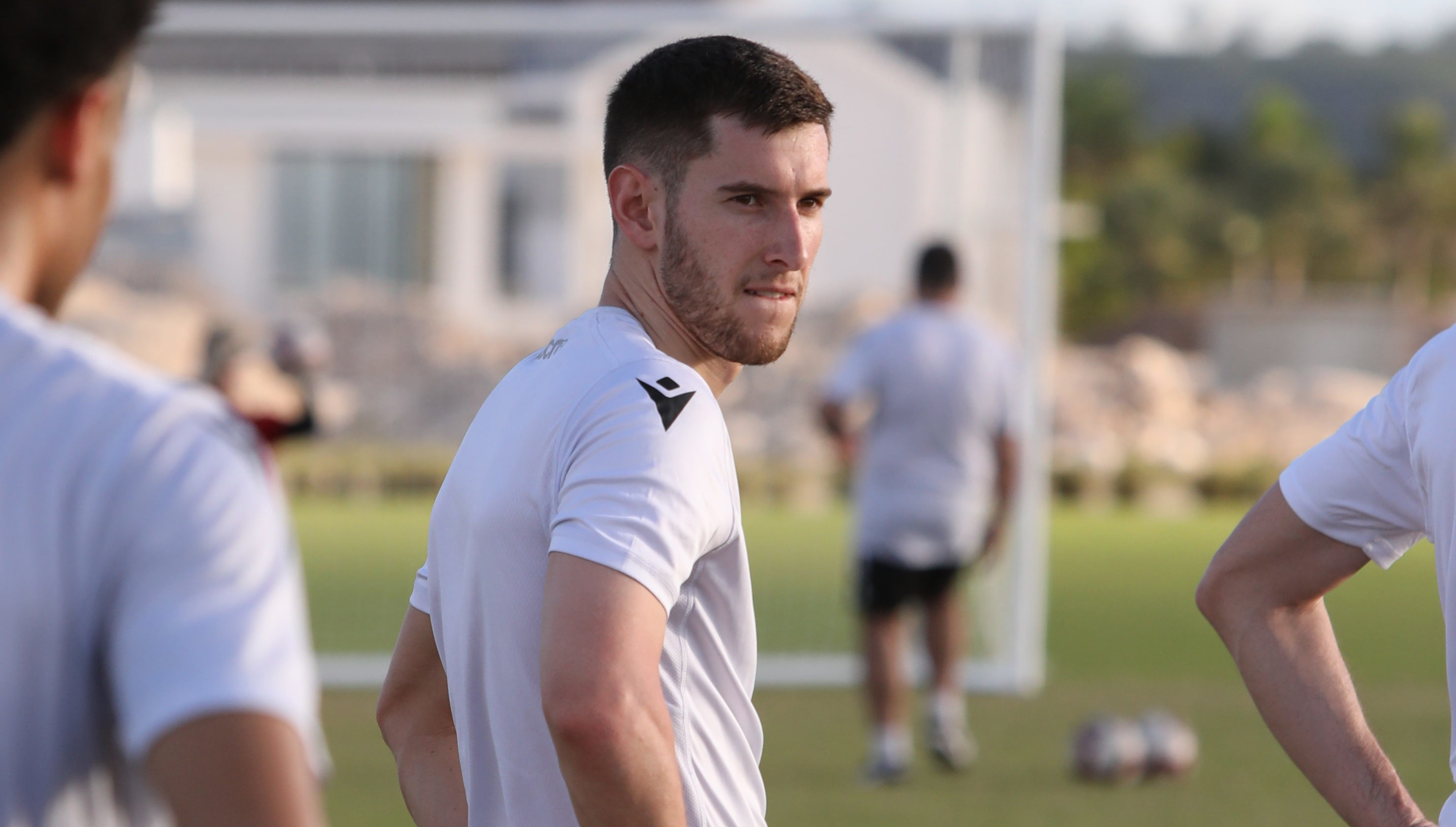 Louis Béland-Goyette’s move to HFX Wanderers FC may be somewhat of a sore point for Valour FC supporters, but over on Canada’s eastern coast, there’s plenty of reasons to celebrate the signing of a top-tier midfield talent ahead of the 2020 season.

Only one player has made the switch from one Canadian Premier League club to another, but Béland-Goyette represents the biggest-ticket switch so far. He joins an HFX roster undergoing plenty of changes, and, as his new head coach Stephen Hart explained, he immediately adds a new dimension to the Wanderers’ midfield, too.

But making the decision to swap Valour crimson to HFX baby blue wasn’t easy, Béland-Goyette admitted, and it came as the result of some tough decision-making on the Quebec-born 24-year-old’s part. An early offer from the Wanderers guided his hand, and on Wednesday, the club confirmed the move, but Béland-Goyette is hoping his move pays off quickly for all parties involved.

“There were a lot of factors,” Béland-Goyette told CanPL.ca, when asked about his decision to swap Valour for HFX. “The first was that I was out of contract at the end of last year, so it was very important for me to consider all my options. Fortunately for me, I had a good season and played really well, and played a lot (last season), so there was interest from Halifax.

He added: “For me, Halifax is a very interesting club compared to the other teams in the league – whether it’s the project, the stadium, and the city. It’s a good place for me to keep growing as a player so thankfully we all came to an agreement and all want the same thing on both sides, so it was a very easy decision for me. I’m very excited because they showed interest very early in the off-season, too, so we built on that and luckily, we all agreed to the same thing.”

Indeed, Halifax was the destination of choice for many an away game in the 2019 season, spurred on by the raucous crowds in “The Kitchen” – HFX’s supporters section – and the lively atmosphere throughout Wanderers Grounds. That environment was a big draw for Béland-Goyette, who came to the CPL out of Montreal, where he experienced plenty of passion from the Impact faithful.

“It’s an interesting place to play in the league, and all the players know that Halifax is a great city … but not only a great city, but it’s a great atmosphere to play in,” Béland-Goyette said. “We’ve all lived the atmosphere there last year. They’re very passionate fans who are behind the team for 90 minutes, and that’s very attractive to a player. I don’t think there’s that same atmosphere in every stadium in the league, so that’s an important part of my decision. When I played there last year, I was left very impressed.”

While his surroundings may have changed, Béland-Goyette’s mission for 2020 remains somewhat the same. Both Valour and HFX struggled for success in 2019, finishing sixth and seventh in the inaugural season, respectively. While both sides will look to bounce back stronger in 2020, Béland-Goyette leaves Winnipeg fond of the moments he enjoyed in Canada’s heartland.

“It was a rough season,” Béland-Goyette admitted when asked of his 2019 campaign with Valour. “It was hard for me, in the beginning, to adapt to the club and to the city. It took me a little bit, but then I got rolling, and got some good performances in, personally.

“Unfortunately, we didn’t produce the best that we could with the team. It was a very disappointing season, because we’d have some ups, some good games, but unfortunately we were never consistent. We had a big problem getting two wins in a row, which is difficult in a season, when you’re up and down, up and down, all the time. It was a difficult year for sure.

“But, I have great memories of Winnipeg. The fans, for me, were most important. They were incredible. They’re all very nice people in Winnipeg, and they were always behind the team. Honestly, I can just say thanks to them, because even when we were losing or in rough times, especially at the end of the season, they were always there, in the stadium, supporting us. I want to thank them for that and I wish them all the best for the upcoming season.”

Now, Béland-Goyette is tasked with helping shore up an HFX midfield that could very well feature some new faces in 2020. He and Andre Rampersad are expected to start side-by-side as Hart builds out a new-look Wanderers lineup, and preliminary conversations between the two have been nothing short of positive thus far.

“It was about where I would fit in and the goals of the team, and how we want to move forward,” Béland-Goyette offered, when asked about Hart’s early comments for his upcoming campaign. “He expressed his belief in me because he thinks I can help the club move forward and have a successful season, so it’s now about building a positive, strong team. We had a nice, basic chat – nothing too serious. We’re in the off-season so it was just to put some points looking toward 2020 and what we can do together. For him? It’s to have a better season than last year, and for me, it’s the same thing.”

He continued: “I expect better from myself. I think people saw I can do good things on the soccer field, but I know I can show a lot more. It’ll be up to me to show that and help the club move forward and have a good season.”

And, like many CPL-ers, Béland-Goyette hopes that reaching those personal goals is rewarded with a national team nod, too.

“That’s one of every soccer players’ goal, to play for the national team,” he concluded. “You always have that in mind, and luckily I’m at a good age right now, so for me, the most important thing is to keep producing and playing well. There’s a lot of things we can’t control, so it’s about improving and showing I can play at a high level, consistently. Good things can happen and maybe I get that call-up. You never know what can happen, but for every player, the ultimate goal is to play for the national team, so I always have that in the back of my mind.”