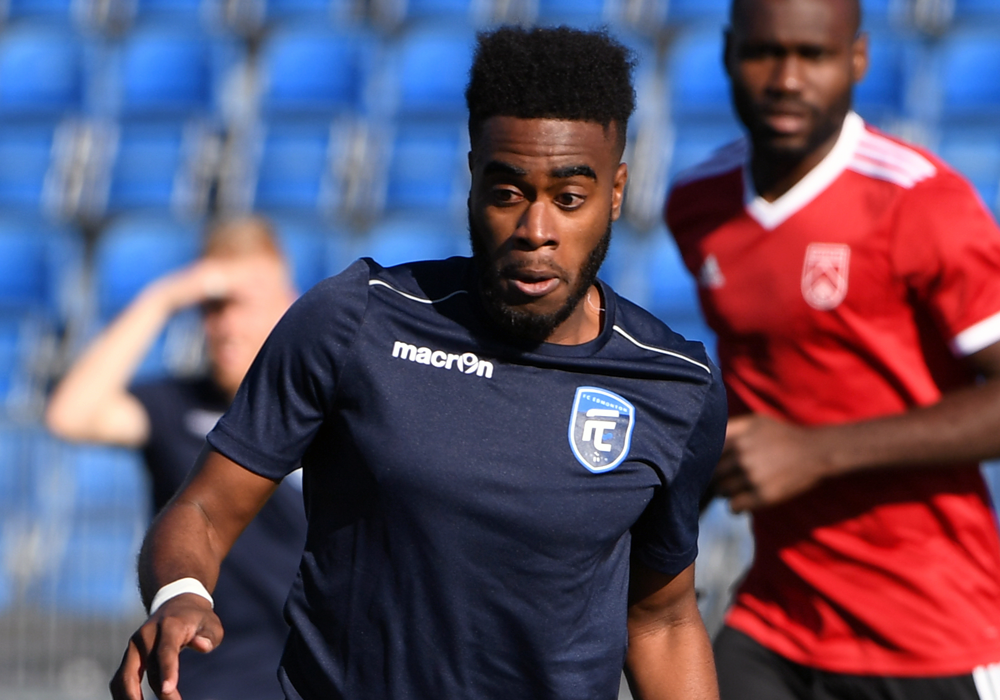 TORONTO – Change is in the air at FC Edmonton.

It’s not hard to imagine why; this time last year, the club’s future was well in doubt, having withdrawn from the North American Soccer League (NASL) after seven seasons of play.

Players like Allan Zebie didn’t know if they would get to continue playing in their hometown.

But a year on, and FC Edmonton is back and bigger than ever, entering the Canadian Premier League as one of the founding clubs ahead of the inaugural 2019 season.

As such, reflecting on 2018 as a whole has given Zebie perspective – and, as he told CanPL.ca, much has changed surrounding the club over the previous 12 months.

Zebie said he’s excited to “get a second chance” at donning the FC Edmonton kit, with the club getting a fresh makeover for its new endeavours in the CPL, and for the 25-year-old Paris-born defensive midfielder, that opportunity represents more than a return to on-field competition.

“We all want to do things better at FC Edmonton,” Zebie told CanPL.ca.

“I know (head coach) Jeff (Paulus) is excited to get his chance too. We know how things used to be before and now we’re going to try and improve from that.”

FC Edmonton enters the league with a bit of history, having initially come to life in 2010. But this current iteration will bring new players and new faces into the mix.

One of those talents is Edmonton-native Randy Edwini-Bonsu, who finally dons the FC Edmonton kit after a career abroad.

But Paulus has made no secret of his intention to bring back some familiar faces, too: Zebie is one such talent, having joined the club in 2012 before going on to make 54 appearances from 2015-2017.

For Zebie, this return to the familiar confines of home is both individually exciting and the catalyst for even more team growth.

“In the past, we had more Canadians but over the last three years, we had less Canadian players,” Zebie recalled, when asked to juxtapose the old FC Edmonton with the current shape of the team, as the club continues to roster build.

“I think last year I was one of just a few players from Edmonton. Now? I can’t name anyone but there are more local players coming.”

Meanwhile, on the sidelines, Zebie says he and his teammates ought to expect a different direction from their touchline tactician, Paulus.

“Jeff (Paulus), his style of play is a lot different from our previous coach,” Zebie explained.

“Before, we were a very defensive team, worried only about not conceding goals and sending the ball back a lot. Jeff is a more possession-based, attack-minded coach. That’s going to make us a lot more attractive to watch.”

The other major change? No more league road trips down to the United States … or, in some instances, to Puerto Rico.

“The Halifax road trip is still pretty far, but at least I get to go to a city I’ve never been to before,” Zebie said, when asked about his team’s upcoming intra-Canadian away trips.

“Exploring Canada a bit more and seeing the different cities and cultures of Canada is really exciting. I’ve also never been to Vancouver Island, so that’s going to be nice to explore.

“But I’m most looking forward to going to Halifax. I’ve never been past Quebec, and I’ve heard a lot of good things about it. The seafood, I want to try that. I just want to go to Halifax to see it. It looks fun.”