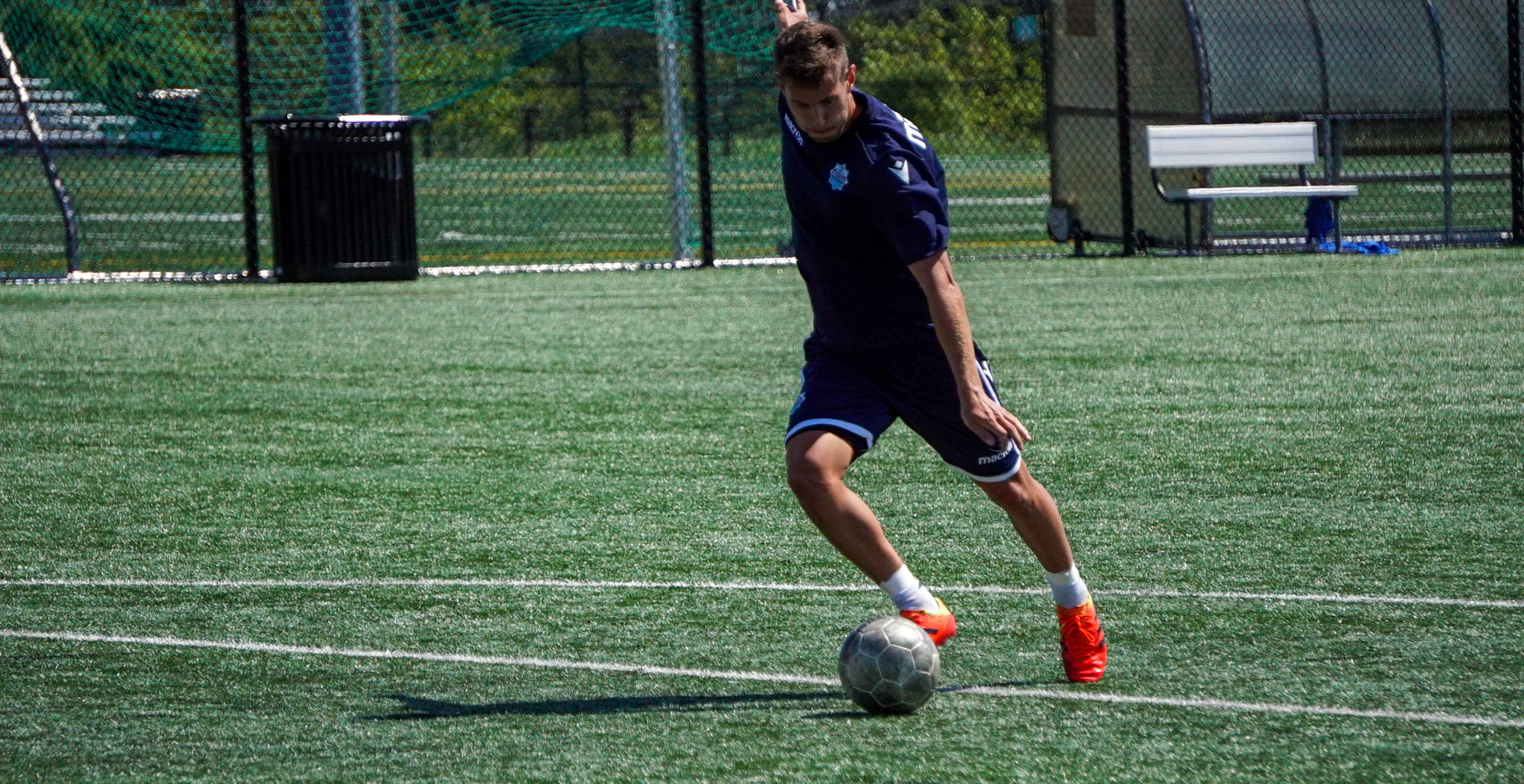 The last time Louis Béland-Goyette chatted with CanPL.ca, he had signed with HFX Wanderers FC.

The dust was only just settling on his surprising move away from Valour FC, and he was looking ahead to a new beginning in Nova Scotia, not yet knowing how the rest of the squad would come together.

A lot has happened since then, most notably the COVID-19 pandemic.

So, the Quebecois midfielder called up to chat about finally getting settled in the Maritimes, six and a half months after signing for the Halifax-based club.

“It was so good to come back to Halifax,” Béland-Goyette told CanPL.ca this week. “I went back to Montreal during quarantine so to come back with the team and to start training again was incredible.

“Now to have everybody back it feels like we’re a real team. It feels like the real deal now.”

Although he hasn’t yet played a game in a Wanderers kit, Béland-Goyette has had some time to reflect on his decision to swap the Prairies for the East Coast.

“I have absolutely no regrets.”

Although Béland-Goyette is only 24, just seven of the Wanderers are older than him. So, it seems he’s adopted a bit of a leadership role — especially among the squad’s newly-expanded Francophone contingent.

Six of the squad’s players played in the Montreal Impact’s academy at some point, with Omar Kreim and Aboubacar Sissoko coming to the Wanderers from the University of Montreal. So, the experienced Béland-Goyette has fit in well alongside many of his fellow HFX newcomers.

“I’m familiar with all the guys from Montreal,” Béland-Goyette explained. “It’s a pretty small circle of professional soccer players in Montreal and we all came from the academy, even if some of the guys are much younger than me we all saw each other at some point.”

He added: “I hope I help them and I hope if they have questions they can come to me. Obviously I’ve been in the league last year so maybe I know a little bit more than some guys who haven’t been in the league. But even if they’re young, some of them have already played professional already, so that makes a big difference.

“It would be a lot different for a guy that’s in his first year pro, and I don’t think we have that many this year so that makes a big difference from last year.”

That said, the midfielder is quick to add that HFX Wanderers FC is 22 players, not just the eight that hail from a similar area.

“It’s great to have a couple guys from Montreal on the team,” he said. “But on the field even here, we’re a lot of French-speaking (players), but if we speak French and some other guys don’t understand then that’s not right.”

Nonetheless, it seems that after a turbulent year in Winnipeg, Béland-Goyette feels much closer to home on the East Coast.