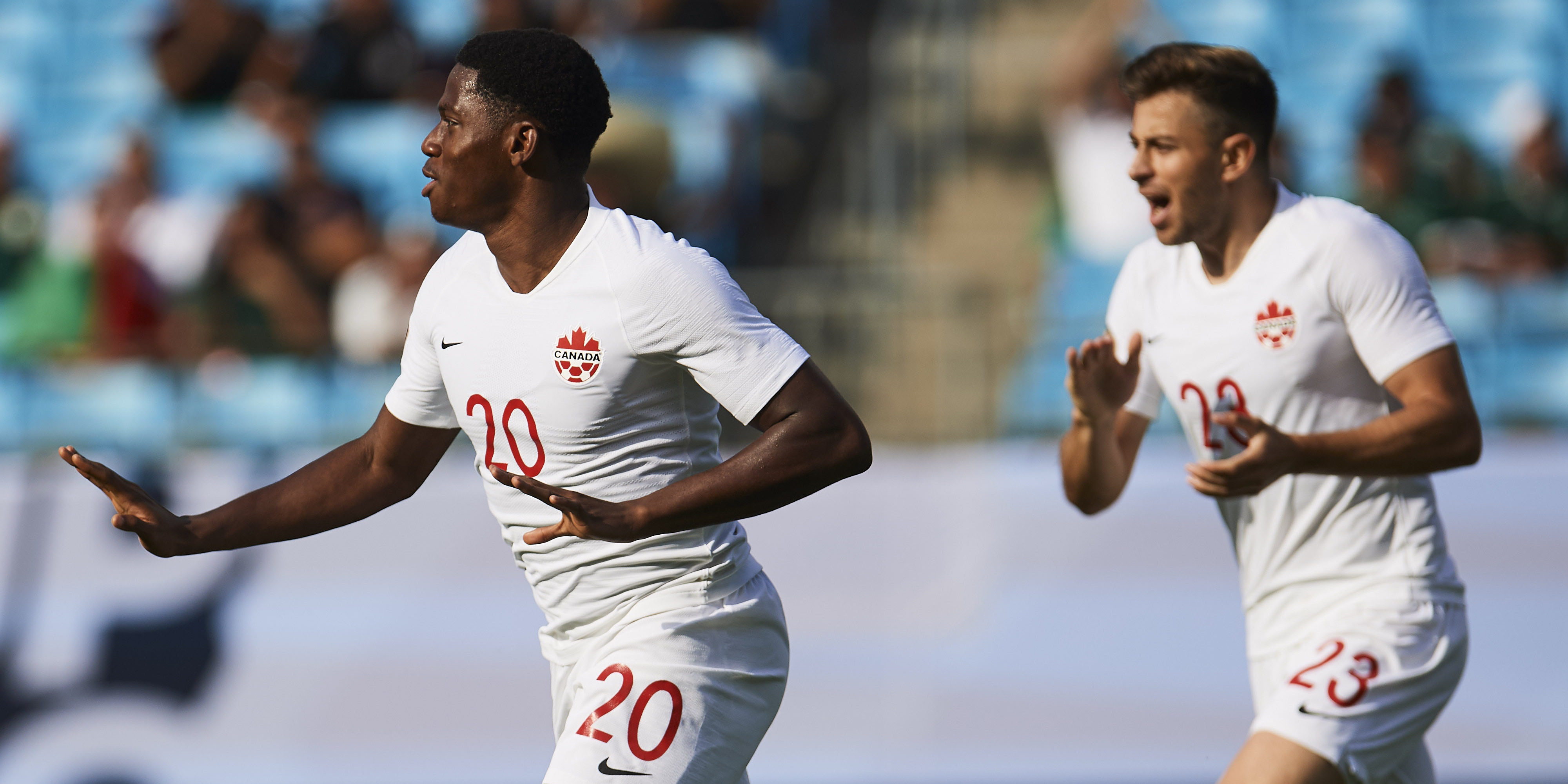 Do you know that feeling when you’re waiting for ages at a bus stop, and then two show up at the same time?

The Canadian men’s national team is about to know what that feels like.

After a (mostly) idle 2020, which saw several key competitions and training camps cancelled or postponed thanks to COVID-19, things are about to get real in 2021. This year, Les Rouges are set to play in two major senior tournaments, which will pretty much run consecutively this summer, with an Under-23 Concacaf Olympic Qualifying competition likely in the mix at some point as well.

This year will officially kick off for the senior men’s team in mid-January, with the first national team camp since January 2019. Although the heavy hitters of the main squad will be absent, a number of younger players — including Pacific FC’s Marco Bustos — will be involved, with many of them likely to play at the Olympic qualifiers.

Between the Gold Cup and FIFA World Cup qualifiers, Canada’s senior team is guaranteed at least seven competitive games in 2021 — although anything short of 10 is fairly disastrous — with a maximum of 20, if they advance to the… uh… Octagonal in WCQ, and go the distance at the Gold Cup.

The Canadian men’s team hasn’t played 10 or more competitive games (anything other than a friendly, really) since 2000, when they won the Gold Cup and played eight World Cup qualifiers. Of course, the jam-packed calendar in 2021 is largely due to the empty one in 2020, with three-match windows expected for the final stage of World Cup qualification in Autumn and early 2022.

Having seen the potential that the Canadian team has under John Herdman in 2019, and having seen what Canadian players accomplished individually in 2020, this cycle could be a sink-or-swim moment for side. It’s a young team, obviously — their best player turned 20 two months ago — and ideally we’re only at the very beginning of a long moment in the sun for the men’s team.

Still, the proper tests of their mettle are about to begin; based on pure talent, this team should be at the 2022 World Cup.

To begin breaking down this monumental year to come, let’s take a look at how Canada can get there.

The first round of World Cup qualifiers begins in March. Canada, who sit outside the top five teams in Concacaf based on FIFA rankings (72nd in the world and seventh in the region, to be exact), will have to finish first in their five-team group and then win a two-legged tie against another group winner in order to get to the eight-team final round. If they get that far, they’ll play each of the other seven teams home and away, and the top three sides from that Octagonal will go to the World Cup (with the fourth going to a playoff for one more spot).

Canada’s Group B, which features Suriname (141st in the FIFA rankings) Bermuda (169), the Cayman Islands (193), and Aruba (200), should not be particularly trying; topping that group (comfortably) is the absolute bare minimum for them. They’d then have their home-and-away tie in mid-June against the winner of Group E, which is most like to be Haiti (84), but could theoretically be Nicaragua (149) or Belize (170).

Haiti did beat Canada at the 2019 Gold Cup, as most fans will recall, but the Canadians would still be favoured in that matchup — especially across two legs, with less room for rapid second-half collapses. Still, it won’t be easy; those games, particularly the away leg, will be Canada’s first major litmus test for 2021. Again, it’s pretty unlikely for this year to be considered a success if Herdman’s side don’t advance.

The real show would begin in earnest next September. Eight Concacaf teams — the United States, Mexico, Costa Rica, Honduras, Jamaica, and two sides from the prior rounds — will be vying for the region’s three-and-a-half World Cup spots. If Canada gets there, according to the tentative schedule, they’d play eight of their games in 2021: five times at home, and three on the road.

So that’s Canada’s road to Qatar. By the end of the next 12 months, we won’t yet know if they’ll be going, but we will probably have a much better idea of their chances.

In between the two-legged second round tie and the Octagonal, however, stands the 2021 Gold Cup. It’ll play second-fiddle this year, with the July kickoff coming less than a month after that two-legged World Cup qualifier, meaning Herdman may not have access to all his top players for each competition. The Gold Cup squad may, then, be rotated slightly, with some younger players (Theo Corbeanu will be out of season at Wolverhampton, for instance…), or even some CPLers drafted in.

Canada has been drawn in Group B for this year’s competition, which means a high-stakes clash with the United States, as well as games against Martinique and, most likely, Haiti again. Yes, the Haitians are favoured to win that final spot in the group, needing to beat Saint Vincent and the Grenadines, and then either Barbados or Bermuda, to qualify for the Gold Cup. That’s a tough group (maybe not as bad as Mexico/El Salvador/Curacao in Group A), but Canada’s goal should at least be to advance.

In order to qualify for World Cups and challenge for regional trophies, you have to beat good teams. That’s always been the way, and it’ll be the case for Canada in 2021.

What will be the story of this year? Will Alphonso Davies and Jonathan David continue building their legacies as the crown jewels of the men’s team for years to come? Might a young player or two earn a surprise role in the squad — perhaps by playing so well at the Gold Cup, he’s brought in for the Octagonal?

John Herdman has a lot to think about over the next few months, with pretty much nothing set in stone for his lineups; we know which players will definitely start the biggest games, but where exactly on the pitch? Some players had such good club seasons in 2020 — Cyle Larin and Stephen Eustaquio, for instance — that they’ll surely play a larger role in red in 2021. Plus, which young players will be given instead to the Olympic team, if those qualifiers run simultaneously with WCQ windows?

Without a ton of friendly matches and camps prior to real competitions beginning, Herdman may not have the luxury of experimenting and building chemistry. Club form will be very important to Canada’s run this year, particularly in games where the margin for error will be extremely thin. Whoever’s the hot hand come June 13 will likely be in the starting lineup against Haiti (if Canada is there, of course).

We’ve got a few months left to speculate — surely, the January camp will help rekindle the fire among supporters — but soon enough, it’ll be time to fasten seatbelts. The next 12 months, if things go to plan, will be spectacularly busy for Canadian soccer.

Will this young, talented team survive its greatest challenge? We’re about to find out.