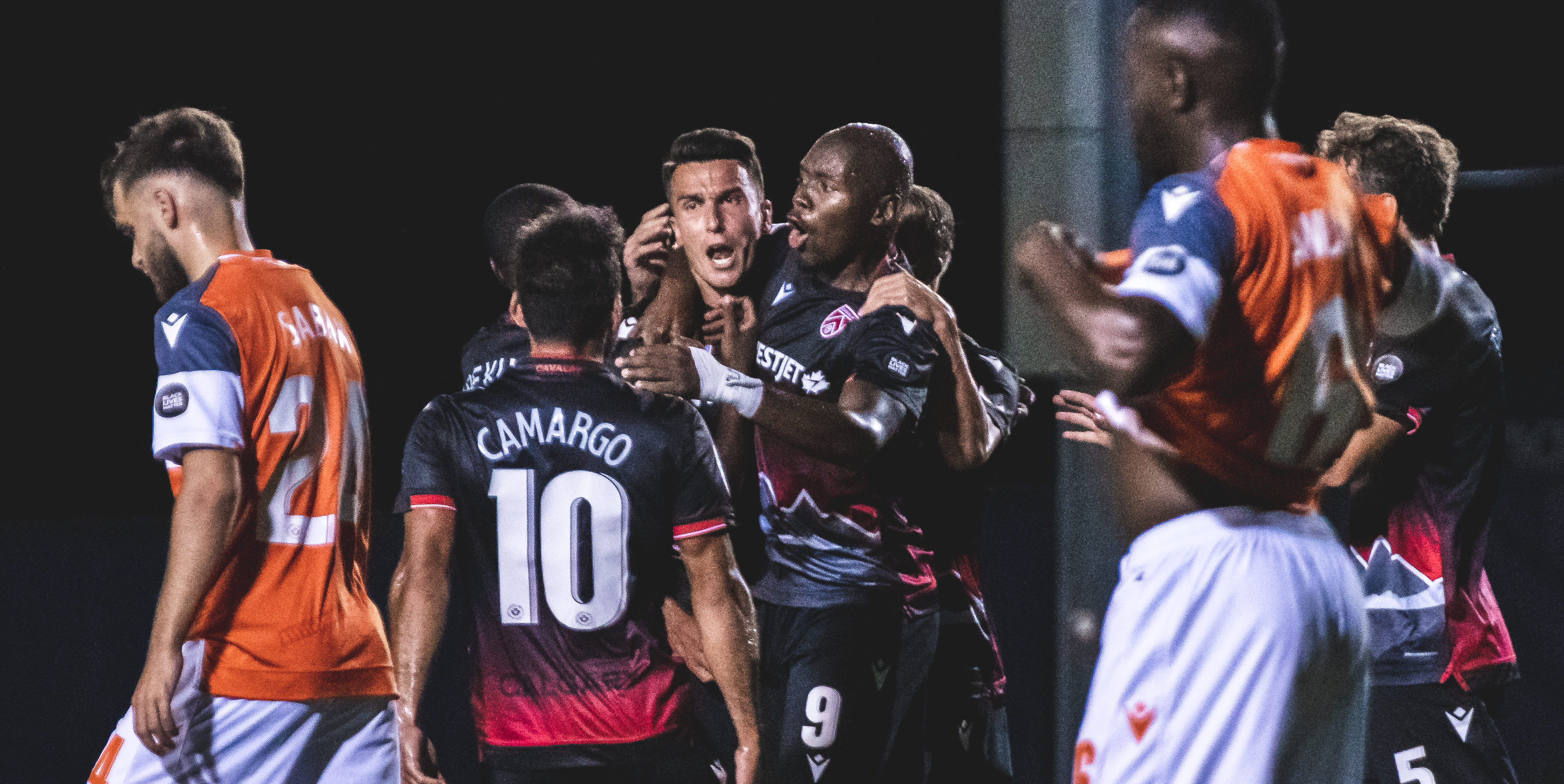 All season long, CanPL.ca reviewed key performers from each Canadian Premier League match, giving due credit to players who impressed over 90 minutes. Now, we offer this one last look at standout performers for Cavalry FC to bring a close to an exciting second CPL campaign.

Several first-stage high points, including an emotional last-gasp victory over York9 FC, now York United, sent the Cavs into the second round. Injuries hampered their progress from there, though several players managed to shine through the unfortunate ending.

The young Quebecois wingback was one of the brightest stars of The Island Games, joining the Cavs for 2020 after a standout 2019 with AS Blainville of the Première ligue de soccer du Québec.

Farsi was named the CPL’s Best Under-21 Canadian Player of the Year after appearing in every Cavalry match in PEI, tearing apart defenders along the right wing several times every game. He made a great first impression against Forge FC, winning a stoppage-time penalty that would allow the Cavs to equalize.

As the tournament continued, he got better and better, winning several more penalties and ultimately scoring perhaps the best goal of the tournament in the group stage with a beautiful strike off the post against Pacific FC. At 21 years old, Farsi is one for the future, but he’s proven to be a dominant force right now as well.

What they said: “Mo Farsi, ever since he stepped in the door as well, we saw the talent he has, just the way he goes forward and the way he attacks relentlessly. It’s not really any surprise to us, obviously it might be a surprise to you guys, but we knew that these guys can come in and be as good as the senior players.” – Cavalry forward Jordan Brown

After a strong 2019 which saw him score five goals across all competitions, Brown was even better in 2020. With so many of Cavalry’s other attacking players — Nico Pasquotti, Sergio Camargo, Oliver Minatel, and so on — struggling with injuries, Brown was one of the club’s few constants at The Island Games. The English striker was deployed in several different positions as necessary, playing on the wing, as a second striker, and as a lone centre-forward at times.

Brown scored three times for the Cavs, including twice against FC Edmonton. He was one of the league’s top creative forwards, generating a number of great chances both for himself and for fellow teammates (Marcus Haber in particular). His dependability in front of goal will be sorely missed now that he’s moved on to VfR Aalen in Germany.

As well as being a key contributor on the pitch for Cavalry, Brown was a major leadership figure for the club, both at The Island Games and in the Calgary community back home. During the season, he was one of the CPL’s most vocal supporters of the Black Lives Matter movement, helping lead the charge among players in the league.

What they said: “It is the best thing for him as a player to get additional games in the European calendar in a country he has played in before. Jordan scored our first ever goal for us as a club, so his name will go down in the history books with us.” – Cavalry coach Tommy Wheeldon Jr. on Brown leaving the club

The only member of Cavalry’s squad to play every minute of 2020, Zator was just as dependable this year as he was in 2019. He was as consistently dominant as any other defender in the air, and his ability to hit long-range passes was strong as well.

Zator was consistently able to shut down attacking moves with last-ditch defending in the box, and his physical presence made it very difficult for other teams to beat the Cavs on set-pieces. Even at times when his fellow defenders struggled, Zator was typically reliable.

The 26-year-old Calgarian also scored the first goal of The Island Games, using his strength and athleticism to get his head on a corner kick and open the scoring against Forge FC very early on.

What they said: “He’s a modern-day defender that’s versatile, athletic and comfortable in possession as he likes to drive up the pitch.” – Cavalry coach Tommy Wheeldon Jr.