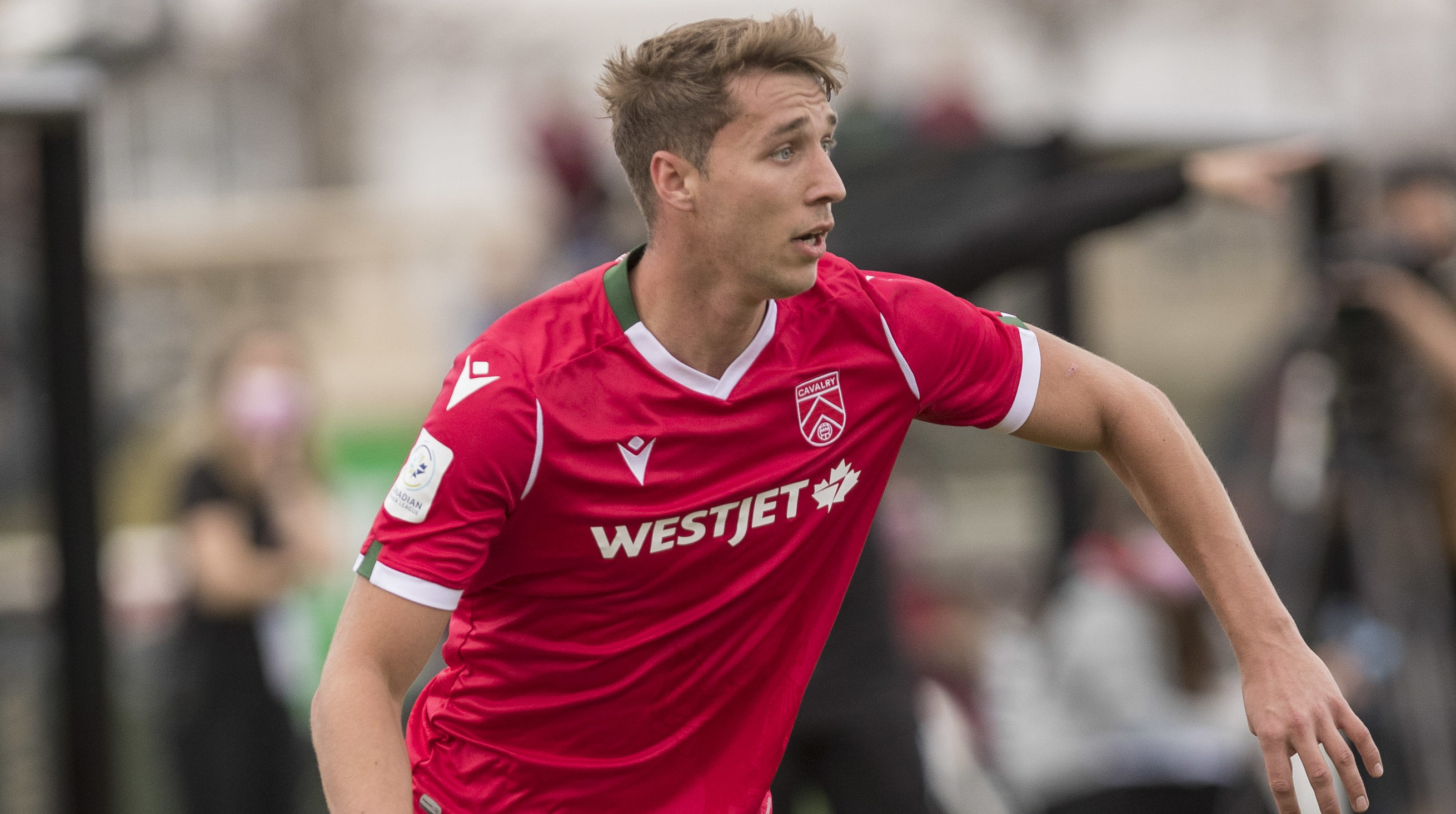 Cavalry FC Daan Klomp has been named CanPL.ca Player of the Week for the week of Oct. 15 to Oct. 22 following two staunch defensive performances in back-to-back clean sheets for the Cavs.

The 23-year-old Dutch centreback, who captured the honours for a second time this season, played all 180 minutes across both results; a 0-0 draw to HFX Wanderers and a 2-0 win over western rivals in Pacific FC where he scored the opening goal, a nice near-post header, before leading his team in interceptions (5), touches (77), possessions gained (9), and won all of his aerial duels.

Against Halifax, Klomp earned CanPL.ca Player of the Match from our own Charlie O’Connor-Clarke as his time as a right-side of a back three was rated as quite effective. Klomp, similarly to the PFC match, went on to record four tackles and two clearances, and he led his side in touches (80) and successful passes (52).

Klomp has been a revelation at the heart of Cavalry’s defence, having joined the side from his native Netherlands in the off-season and taking the mantle of departing Cavs centrebacks like Dom Zator and Jay Wheeldon with ease.

As mentioned, Klomp previously won CanPL.ca Player of the Week following a standout performance in The Kickoff, CPL’s season-opening bubble.