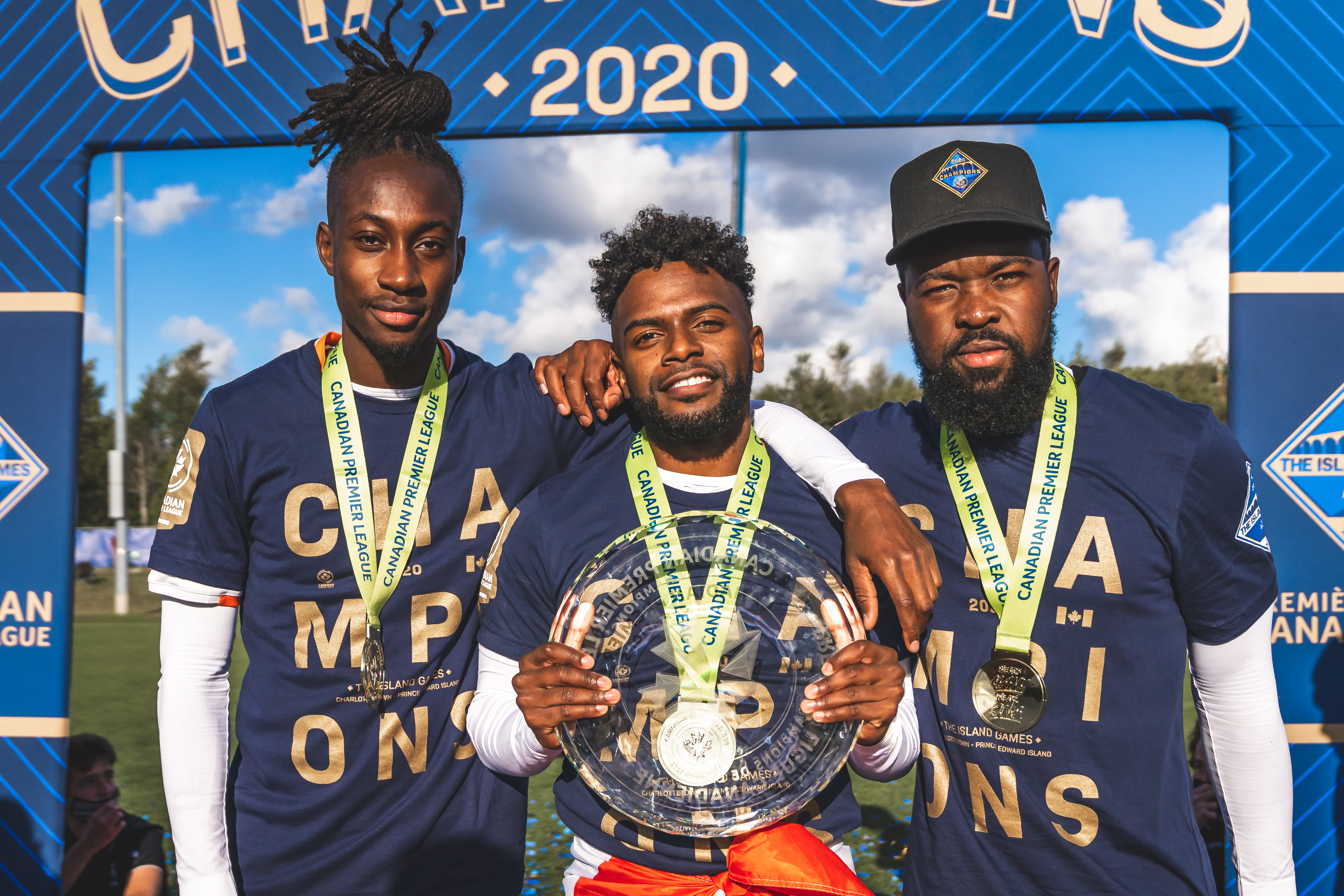 Forge FC will meet Haitian club Arcahaie FC on Tuesday in the Dominican Republic (8pm ET, TSN2) in the Concacaf League quarter-finals for another chance at making history.

A win would see Forge become the first CPL side to qualify for the Concacaf Champions League, North America’s premier club competition. It’s a big leap for a CPL team to make in less than two years, something that’s been written about at length by CanPL.ca.

Dom Samuel knows all about making a meteoric rise in a short period of time. Forge’s versatile defender was working at a Mississauga, Ont., lumber yard just two years ago, juggling playing duties with Sigma FC in League1 Ontario.

“We know what it’s like to win. We know that feeling, and we’re looking to raise the bar every time we step on that pitch. That’s like the goal. That’s what we need to do.”

Forge left their Dominican hub, a resort about two hours from Santo Domingo, this weekend as they prepared to face Ararchie at the country’s national football stadium Estadio Olímpico Félix Sánchez.

The format of this year’s Concacaf League was recently changed, with two single “play-in” matches added featuring the losers of the quarter-finals. The winners of those two matches will also advance to next year’s Concacaf Champions League. So even if Forge loses to Arcahaie on Tuesday, it has another shot at qualifying for the Champions League via a “play-in.”

In other words, there are even more chances for Samuel, Forge’s long-time secret weapon, to make history at least one more time.

Capable of playing across the back-four, the 26-year-old is often deployed as a right fullback. Samuel made 10 appearances during Forge’s North Star Shield-winning run at The Island Games, missing all but one match.

Samuel, who crashed Henry’s 2020 Awards media conference, has appeared in front of the Forge goalkeeper for over 30 appearances in Forge orange, and countless more times before that when they were teammates at Sigma

“It’s a long time coming and I’m not surprised,” Samuel said. “People are giving him the credit for what he’s done for two years now.

“The stats proved he was a better goalkeeper than those other nominees in 2019, too – he should have been nominated. If you look at how much he’s improved since Sigma, too, it’s incredible.”

As for coach Bobby Smyrniotis’ high-profile snub for Coach of the Year, Samuel didn’t mince words: “We, as a team, are upset.

“What else does he have to do? He’s gone from having one of the most successful academies in Ontario to winning the league first, and then doing it again the next year, under the most ridiculous circumstances.

“Plus he’s put Hamilton on the map, getting far in Concacaf League. Again, what more does this guy have to do?”

Samuel has played all 180 minutes of Forge’s 2020 Concacaf League run and even notched an assist on Anthony Novak’s dramatic late winner against Limeño. An inauspicious early cross lumped into a fellow L1O grad, Samuel intended for the ball to land behind Limeño’s backline.

“The intent was there, the placement not so much,” Samuel said with a chuckle. “He was in a good area and he took a fantastic touch – I just kind of set him up to do that.”