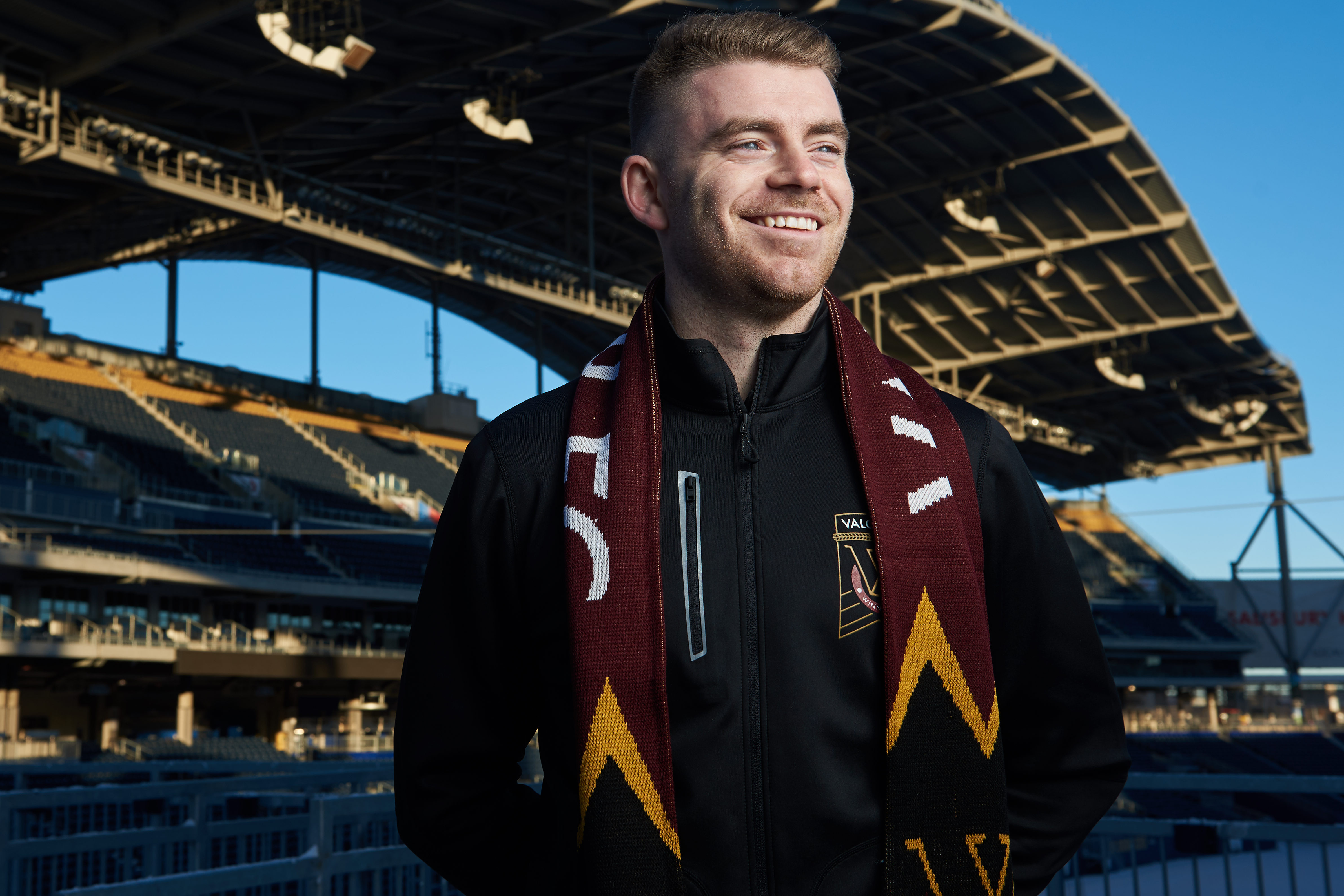 Tyson Farago was plucked from the Prairies to join Brazilian club Goias Esporte Clube on trial when he was 17.

He lived with 19 others in a ‘tiny’ house during an extended, four-month trial — a trying experience for anyone, much less a Canadian teenager.

“They had a small house set up for players, they called them ‘digs’,” Farago explained to CanPL.ca.  “It was pretty tiny. I had a little cott on a bunk bed. There were four beds to a room.”

In a summer camp-like scenario, the Winnipegger was bound to pick up a few tales.

Like the peanut story involving one of his roommates …

“I ran to my room to look up the Portuguese word for ‘peanut’ in the dictionary my mom gave me,” Farago began.

“I went up to the head of the house and asked if there were peanuts in the smoothie we drank and he said ‘si, muito’, which means ‘yes, a lot.’

“I had him in my arms reading his EpiPen it said ‘may cause death’ on the side. I’m a 17-year-old kid, man. It was terrifying.

“He got to the hospital eventually. The next morning we ended up going to training.”

Then there were the rains. Oh, did it ever rain.

“The houses just fill up,” Farago said of the waist-deep water.

“They were trying to get this gate down to let the water out (of their property), and I went over and smashed it twice.

“Water came pouring out. It carried me a little bit.”

Needless to say, it was an experience Farago took with him.

A rediscovery at home

Farago matched up with Brighton & Hove Albion in 2010, joining a side that would go on to win the English League One title.

He was with the club’s reserve team but trained with players that now represent Brighton in the Premier League, including Lewis Dunk, Steve Cook, Ashley Barnes and Glenn Murray.

“They were pretty happy with me so they offered me a two-year contract,” Farago recalled.

But only a few weeks later, the deal fell through.

“It took me about a week to come back from that. It was a punch in the gut,” he continued. “Once I was ready, I decided to try the North American market.”

It was a false start that led to the most successful spell of his career.

After impressing with the University of Winnipeg and WSA Winnipeg (Premier Development League), he managed to catch the eye of the NASL version of FC Edmonton, joining the Eddies in 2014.

“My time in WSA Winnipeg really helped me be rediscovered, in a way,” Farago said.

“FC Edmonton were looking for a Canadian goalkeeper and they offered me a contract right on the spot.”

Now 22, Farago began his four-year run in Edmonton on the bench.

“As a young goalkeeper, if you’re playing on a pro team, it’s so hard,” he explained.

“You need to take the opportunity to drop into a team as a backup, but it’s about being consistent over the long-term and having the coach believe in you.”

By 2017, he had finally earned a starting job with Edmonton before the club went on hiatus.

“Playing consistently really helps your development, obviously,” Farago added. “Understanding your defenders, where you should be when they play it back, all those things really helped.”

A return overseas to Ireland

Fast-forward to last May.

Farago moved back overseas, suiting up for St. Patrick’s Athletic, an Irish Premier Division side, in a league match against Cork City.

With St. Pats down 2-1 in the 94th minute, Farago went up for the corner as is his team searched for an equalizer, a risk that is well worth the potential reward for goalkeepers.

The ball failed to reach a target and fell to Cork’s Kieran Sadlier, who appeared to clear the ball upfield.

The ball ended up in Farago’s net 80 yards away.

“I was sprinting as fast as I could. The video didn’t show that,” Farago joked.

The video soon went viral, catching the eye of friends and family back home.

“I got a lot of flack,” he continued. “I got texts, tweets, group chat messages, everything.

“But I was wide open! No one marked me,” Farago dryly defended himself. “I’ve got a big enough head, I’m sure I could have done something if the ball came to me.”

Like many Canadian players his age, Farago had to look elsewhere for so long.

Looking likely to earn regular minutes in the CPL, he hopes the next generation of Canadian goalkeepers won’t have to immediately move abroad.

“Game time helps your development and that’s one thing Canadian goalkeepers need more of,” Farago concluded. “You need that athleticism and Canadians don’t have that issue.

“It was tough, but now Canadians like me have that first opportunity. Something that’s theirs.”

What a ride to get here.