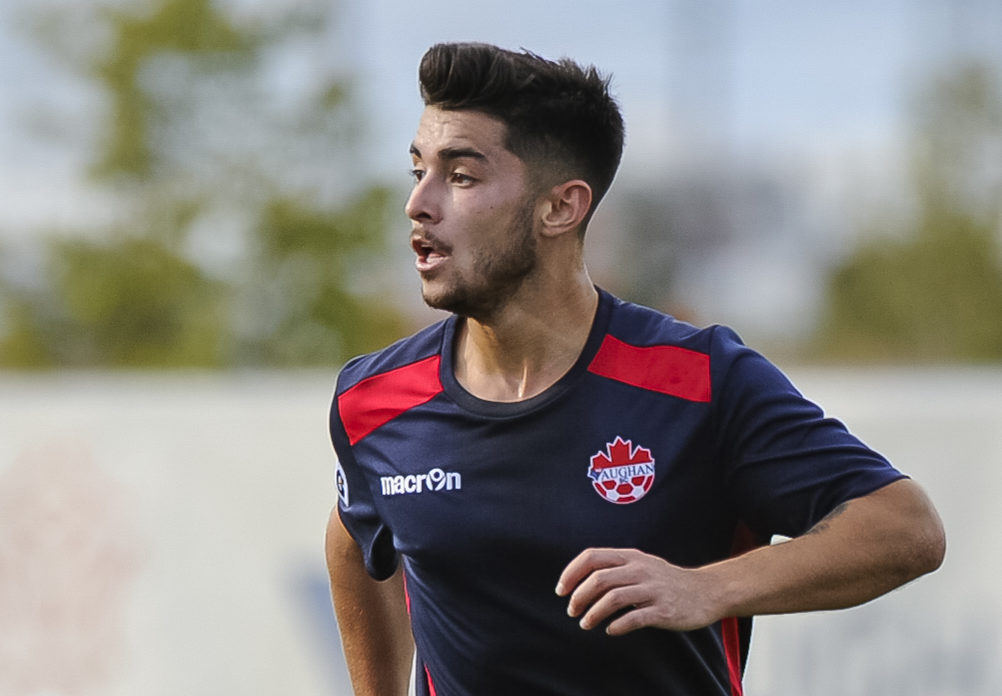 It’s absolutely, positively Hollywood-like that Dylan Sacramento has scratched his name onto a new contract for Valour FC.

Sacramento isn’t just a Winnipeg product coming home. He’s a Winnipeg product with deep roots to the very neighbourhood — heck, the exact street in the West End — from which this city’s new Canadian Premier League franchise has taken its name.

We have signed Winnipeg natives Tyson Farago and Dylan Sacramento to multi-year contracts.

“This is so amazing for me,” Sacramento told Valour FC staff. “I actually grew up on Valour Road because my grandmother had a house on Valour. I spent a lot of my childhood on that street. There’s so much meaning to it for me, for my friends and for my family.

“You know, it’s funny,” he added with a grin, “I knew there was a team coming to Winnipeg, but then when I saw it was going to be named Valour FC I thought to myself, ‘Man, if they don’t sign me they’re missing out on a huge story.’”

The Sacramento family home was on Spruce Street, one block east of Valour Road, where Dylan’s grandmother lived. He attended Clifton School nearby and was there for the unveiling of the Valour Road Commemorative Plaza.

“It’s pretty remarkable that I’ve gone on this journey, that I’ve left the city and now come back to my hometown named after a street that is so familiar to me,” said Sacramento, who has a tattoo honouring his grandmother on one of his arms.

“My grandparents had a lot of influence on my childhood, specifically my grandmother who is not with us anymore. Pretty much every game I play now I’m going to be thinking of her even more because of this connection.”

A forward with exceptional touch, Sacramento is coming off an MVP season with Vaughan Azzurri of League1 Ontario. He scored 10 goals in 11 appearances, adding four more in three playoff games as Vaughan captured the championship and he took home most valuable player honours.

Sacramento, who played at Florida Gulf Coast University after transferring from York University, has a long association with Valour FC head coach Rob Gale, having made appearances for Gale’s Canadian U-18 team in 2012 and 2013.

“I had some interest from other CPL teams, but Winnipeg was always going to be my first choice,” Sacramento said. “There’s nothing like coming back to family and the chance to represent the city I grew up in.”

That’s not just talk, either. Like Tyson Farago – Valour FC’s freshly-signed goalkeeper and fellow Winnipeger – Sacramento had to leave home to pursue his soccer dreams.

“I left the city at 16 and I was on my own,” he said. “I went to Toronto FC and was in the academy there because we had no option here. You had to leave. If you hadn’t left by the time you were 16 or 17, you were losing hope of playing.

“That’s been a big issue in Canada and it’s why a lot of players stop when they are 15 or 16 because they don’t see an opportunity to keep progressing with the game. So they start working, going to university and moving on with their lives. I’m fortunate that I’ve been able to grind it through the last six years, get my education and return to Canada.

“It’s been a journey,” Sacramento added. “But for the kids growing up now, this is perfect. Now they have something to look forward to. This will mean so much for kids to have the chance to represent their hometown. Honestly, this is hard for me to put into words for what it means. This is such a huge step forward for this country and for the players to have an outlet to stay at home.”