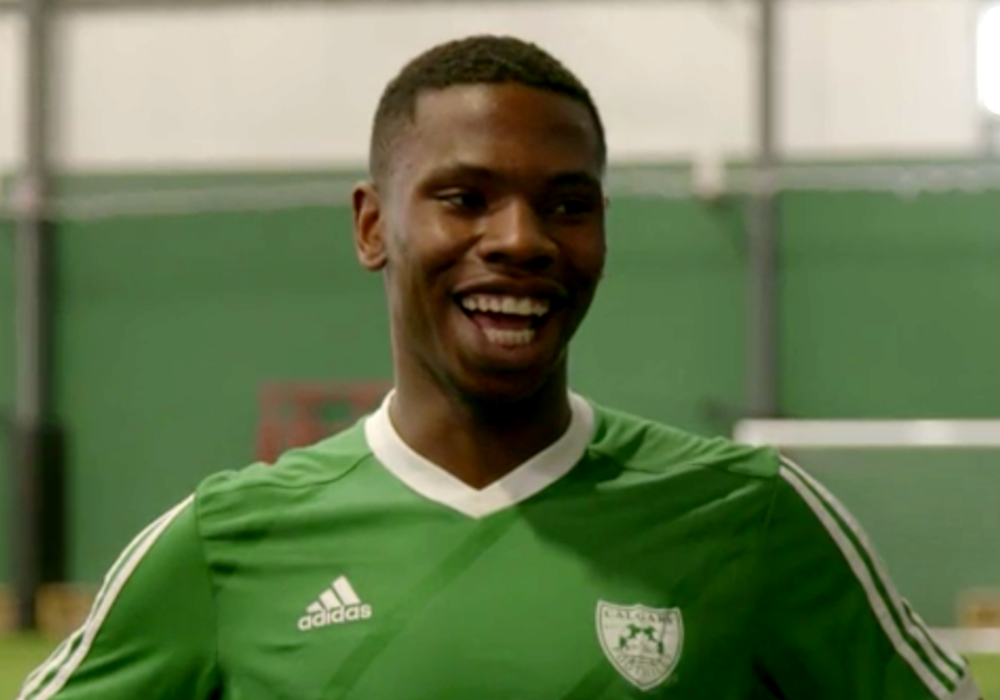 How an Achilles injury changed Cavalry FC midfielder Elijah Adekugbe as a player and a leader
2018-12-22
by
Marty Thompson, Digital Content Editor (@martythompson_)

TORONTO — Elijah Adekugbe is ready to carry the torch of Calgarian soccer with Cavalry FC after spending more than a decade developing with Foothills FC, culminating in a PDL championship in 2018.

Before that peak, however, came a deep valley. In April 2017, the 22-year-old snapped his Achilles. By simply preparing to receive a throw-in, Adekugbe, with one step, sent his soccer career into a tailspin.

“I thought I was being shot,” Adekugbe told CanPL.ca. “The snap was so loud.”

Most athletes have faced similar questions: “Why me? Why now?”

Mentality can be just as important as physicality.

“My first 24 hours were the worst. You go into a shock,” Adekugbe reflected.

Staring down a year-long recovery that would eventually derail his third season with the Foothills’ PDL side, the up-and-coming midfielder found a new focus.

“Once I realized I could use that time to learn more about the game and fuel my passion to coach, my thoughts changed,” he explained. “As an athlete, if you only care about playing, an injury can ruin your mentality. You can start questioning your identity, even.”

With a different role in mind, Adekugbe spent quite a bit of time studying the game from the perspective of his position and those around him.

A technical holding midfielder who cycles possession, Adekugbe is the engine of his teams.

“Once I was able to see the game from both perspectives (coach and player), I really understood how people are thinking,” he offered. “You understand what the coach is thinking about for the team and what the players are doing around that. It’s very useful to have as a player.

“Even seeing how someone in my position, specifically, can influence how the team plays just by where I am on the field — when you’re playing, you don’t have time to stop and think.”

Maintaining a positive attitude is what led him to a quick recovery, returning to training five months after his injury and gameplay by the end of the year.

“I was pushing it as best as I could,” Adekugbe added. “In my recovery timeline, I was working a couple weeks ahead. A lot of the recovery is the mental barrier you need to get over — using and trusting that muscle to the same extent you did before can be tough.”

With Adekugbe on the sidelines, Foothills lost in the PDL final in 2017.

With Adekugbe on the field in 2018? Foothills won a title.

“To go through that injury was disappointing, but all the work I put in proves that you can overcome anything. Winning the PDL final was one of greatest feelings I have had as a footballer,” he said.

Adekugbe took a negative and turned it into a positive.

Now, heading into his first professional season, the potential mortar in Cavalry’s defence is set to use what he learned on his biggest stage to date.

“I saw how important positioning and patience are to your game — more than what players might think,” he finished. “Coming back from this break I was louder, more in control and more specific when talking to players because I could see everything from a coach’s perspective.”

“I came back a better player, which is crazy.”