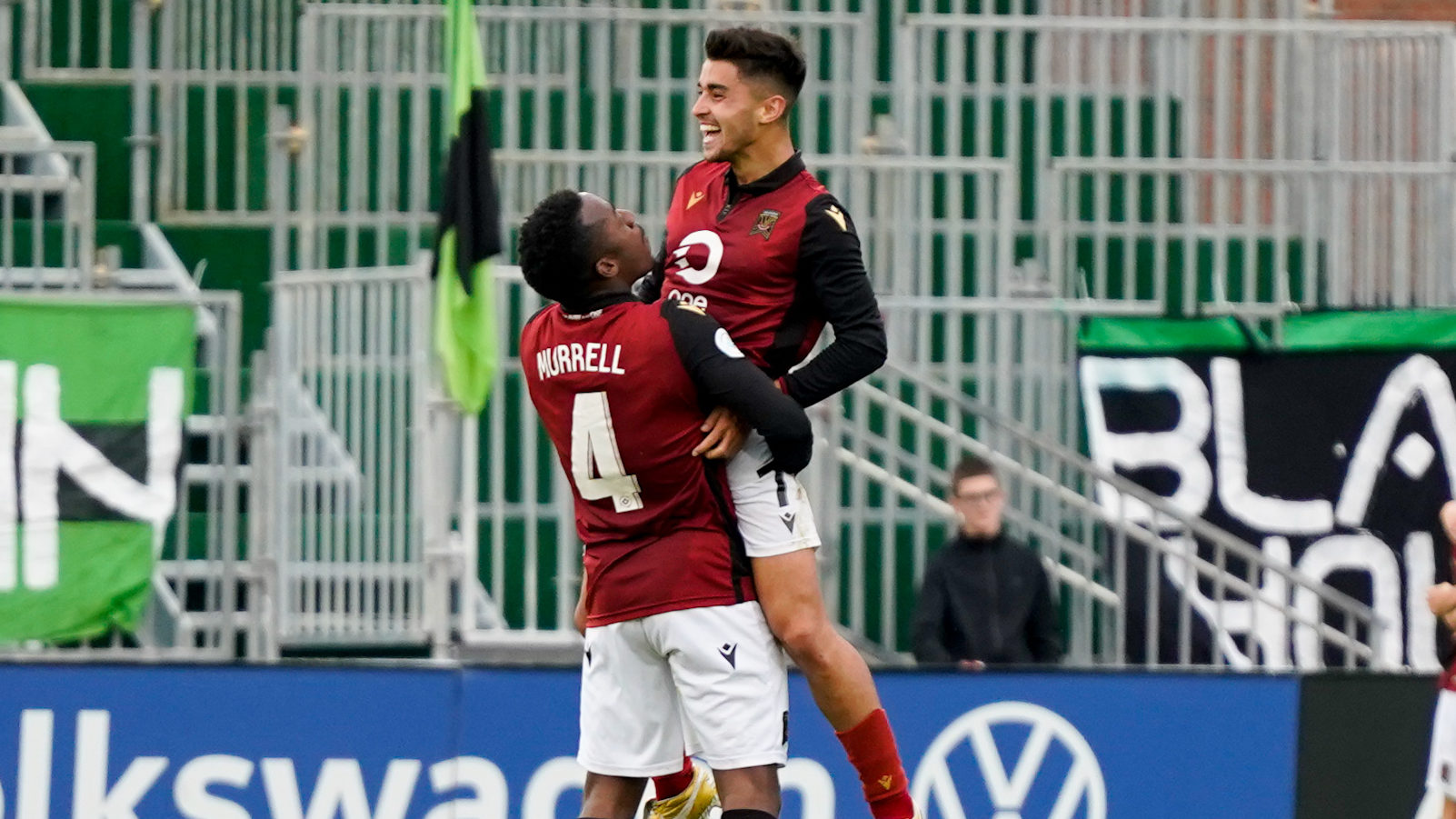 What do Sergio Aguero, Lionel Messi and Valour FC’s Dylan Sacramento have in common?

Football players – attackers, at that – around five-foot-seven and … what else, you ask?

“I watched a couple documentaries and, you know, I wasn’t freaked out, but I wanted to try it,” Sacramento told CanPL.ca, saying he began to notice better results on the pitch.

Aguero and Messi will largely cut out meat during the season in search of performance, something the 24-year-old has seen in his game.

“Beginning of the year, pre-season and everything, I don’t think I ate meat at all. I was pretty strict for the first couple months of the season,” Sacramento said, hinting that he’s been on and off the plant-based wagon since returning to his hometown with Valour.

“I’ll go three or four days without meat, then I’ll go on a two-day bender where I eat chicken both days,” Sacramento said, chuckling.

Whether it was due to meat or not, Sacramento scored his first goal for Valour against York9 FC last week — an impressive, no-doubter of an effort from outside of the box.

The goal came decidedly late for Sacramento on the season, who was tipped as one to watch at the start of the inaugural 2019 season. As the previous top scorer in League1 Ontario with Vaughan Azzurri, on a team with several CPL-level players, it’s fitting Sacramento’s return to scoring came back in the Greater Toronto Area.

“I looked around and said ‘today’s the day I’m going to bury one’ … It was just getting the monkey off the back.

“It’s interesting how things work in soccer. You come from a position last year where you score a bunch of goals and you’re with a new team and things have changed.”

“I have more to offer than what I’ve been able to put out this year,” Sacramento said of his output in 2019. “But the three games I played this year I have an assist, a goal, hit the post and a man of the match.

“Football is about what you’ve done lately,” Sacramento said. “Not three years ago, what you did last game.”

It’s the type of competition football players and managers love and hate.

Yes, having someone breathing down your neck is a propeller, but what about having all of your best players on the pitch at once?

That’s a problem Valour has struggled with in 2019, thanks to long-term injuries and lineup changes.

“You’re battling against other players and it’s up to the manager. That’s how it goes,” Sacramento offered.

And spots are up for grabs.

“Naturally, you’re playing for a spot if you’re on a one-year deal,” he continued. “There are a lot of players who want to show themselves. These last few games are important.

A type of intensity that would make any player, plant-based or otherwise, hungry to perform.

“That will help the team as a whole and hopefully win these games.”

Valour will return to action to play the first of their final four league matches on Oct. 2 against Cavalry FC at Spruce Meadows (9:00 p.m. ET/7:00 p.m. MT, available on OneSoccer).