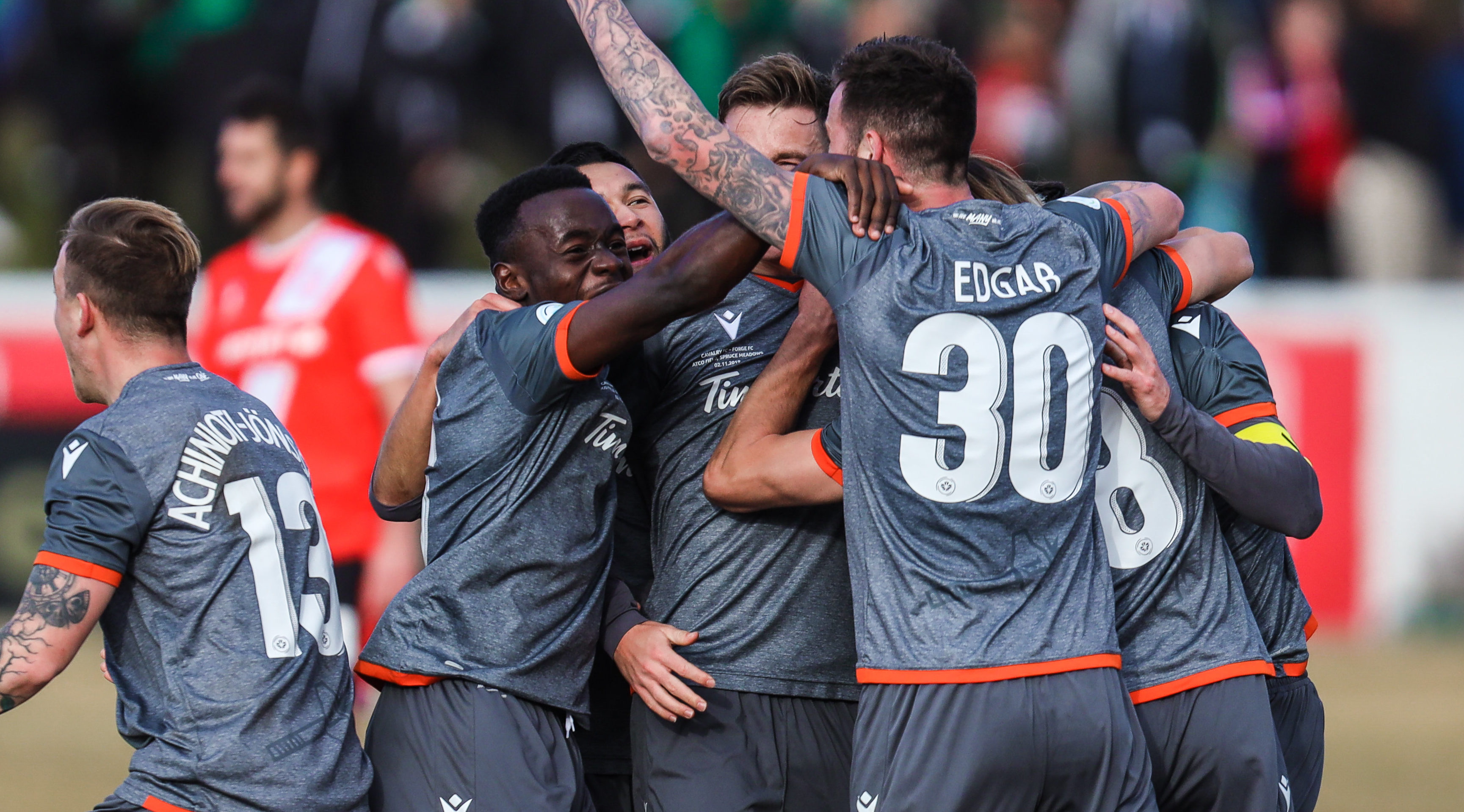 TORONTO – On a day when 21-year-old phenom Tristan Borges swept the 2019 Canadian Premier League Awards, his Forge FC teammate David Edgar was in the crowd, watching this Canadian talent shine under the spotlight.

But, much of Forge’s success can also be credited to Edgar, who joined the Hamilton-based outfit midway through the 2019 campaign and helped to shore up a backline that had been somewhat suspect at times before his arrival.

Looking back on his season, Edgar spoke of his feelings about playing for Forge, and making history, too.

“I thoroughly enjoyed it,” Edgar told CanPL.ca, when asked about his 2019 adventure.

“Obviously, Canadian football, in my heart, has held a special place, obviously being with the national team, being abroad for so long. To come back here and have the opportunity to win the first-ever championship is fantastic. I couldn’t have asked for it to go any better.”

He added: “The hard thing now is to build on that, again, next year, for every team. Everyone has seen each other. It’s a small league. You have to go now and build on what you created in the first season.”

Edgar isn’t the only veteran Canadian international in the CPL, of course. In fact, he joked of a “Over-30 award” when commenting on Borges’ successful capture of the U-21 and Player of the Year honour.

But, rightfully, Edgar pointed out that the work behind the scenes to build the CPL was the result of a total effort, including from his generation of professionals, some of whom have been watching avidly in 2019.

“I did it because it was right in my time in my life, where I was with my family and career, and with my injury and whatnot.”

He continued: “You’ve had people like, I have to give someone like Nik Ledgerwood a lot of credit in what he’s done in this first year. Watching him, I mean, I was over in England while this season was kicking off and watching the work he’s put into it – a lot of people don’t see what they do, stuff in the community, those older players, and the guiding of the younger players who have never played professionally. The league’s brought the right veterans in, and I think that’s key, bringing the right ones in. I’m happy to be a part of it.”