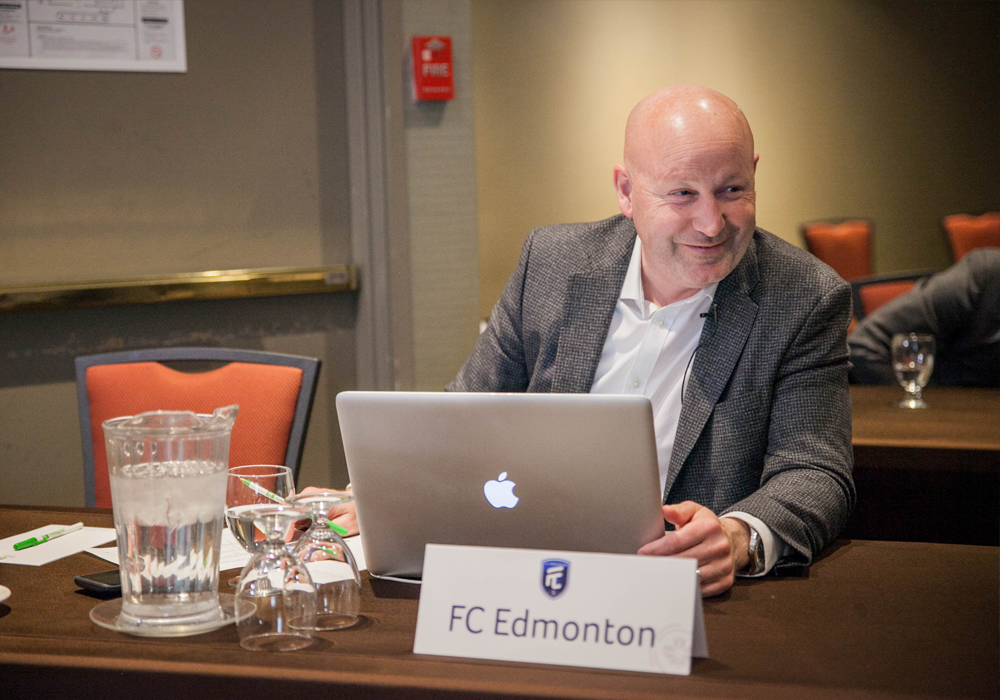 The usual platitude is that fans ought to “keep an eye out” for their players on field, but Jeff Paulus, head coach of FC Edmonton, reckons his club’s first signing in the CPL era will be a touch too fast to track over 90 minutes.

That’s the primary attribute of a player Paulus said he’s locked down as he begins assembling the Eddies’ squad once again ahead of the CPL’s kickoff in April 2019.

With the club preparing to reveal its first signings on Thursday, Paulus stated on multiple occasions that he’s got a “dynamic attacking player” who can “play anywhere along the front line.”

But, more importantly for Paulus? He’s got “frightening pace.”

“My signing is very good at breaking the line, and once he’s behind the line, he won’t get caught,” Paulus teased to CanPL.ca ahead of the official announcement.

“He’ll fray defences, and he’s very difficult to defend against 1-v-1. He brings good experience as a footballer, and has experiences abroad.”

More importantly, Paulus explained, this “top Canadian talent” fits in line with the style of play he wants to implement at FC Edmonton.

“I’m an attack-minded manager. I want to dominate the ball, but I want to attack,” Paulus said. “I want to go at teams and put them under pressure. This player allows me to do exactly that.

“He’s got frightening pace that backlines will have to be careful of, and he can press high because he can quickly get back. For me, he fits the way I want to play. He’s creative, he’s dynamic, and I like to give players freedom in the attacking half, and he thrives in that.”

Beyond the player’s on-field contributions, Paulus said Edmonton’s impending signing merits the honour of being unveiled along with the CPL’s initial list of signings.

He also hinted another familiar signing won’t be far behind.

“We want to bring in good people,” Paulus said. “We all want to go to work and enjoy what we do every day and you want to enjoy the people that you work with. That’s not to say everything will always be bright and shiny, but if you get that locker room right, the play on the field right, too. This is what we’re after. This player certainly fits that bill.”