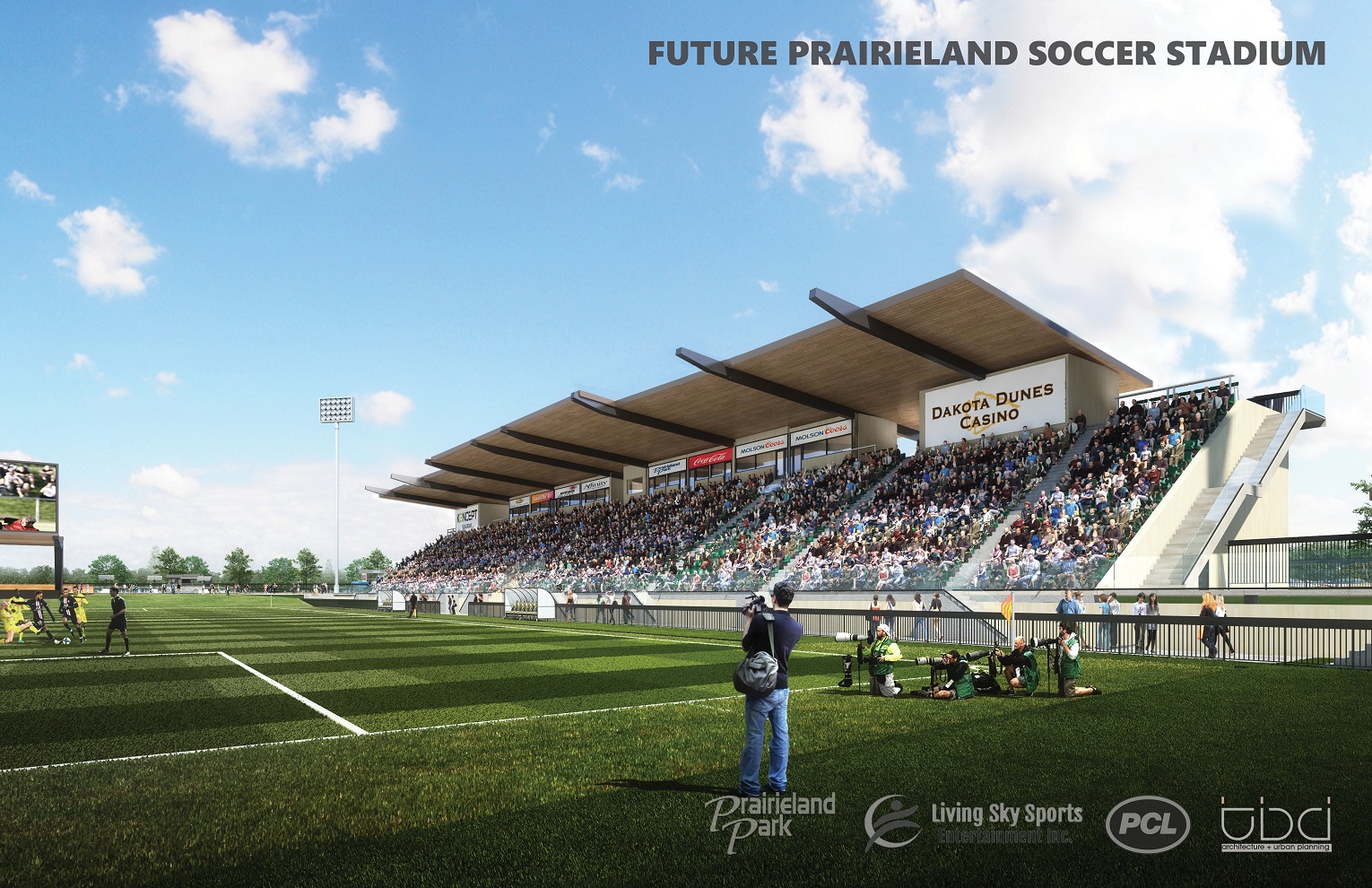 The Canadian Premier League is another step closer to arriving in Saskatchewan.

On Tuesday afternoon, Living Sky Sports and Entertainment — the ownership group previously granted exclusive rights to bring an expansion CPL club to Saskatoon — held a press conference to reveal new renderings of the stadium they intend to build at Prairieland Park in south Saskatoon.

LSSE revealed that they’ve put together a detailed financial estimate for the project, which is intended to be a multi-use facility that can support various sports (including, of course a CPL team).

Although the funding isn’t fully over the line, LSSE founder Al Simpson explained that the proposed $28 million project remains on track with the timeline he first suggested when the expansion side was announced in 2021.

“We would like to be on the field in 2023, but I’d also suggested that it’s probably more realistic that we hit the field in 2024, and I think that still holds true,” Simpson told CanPL.ca. “The timeline really hasn’t changed on this; if we get our financing in place by the end of year 2022, we should be able to put a shovel in the ground and start construction in Saskatchewan in the spring of 2023, which would line up nicely for us to be able to play in the spring of 2024.”

Simpson added that, although at times it’s been an arduous process in advancing the stadium proposal, such an extensive project takes time to come together.

“The first thing I can say about a process like this, in terms of launching a CPL team especially when you need a venue to play in, is it’s going to be a marathon, not a sprint,” he said. “These sort of things don’t get done in eight, ten, twelve months; there’s a lot of things to consider. We’re not moving as fast as I would like us to move, but that’s just part and parcel of the world that we’re in.”

Simpson added: “It’s been a process, we understood it was going to be a process. We still have, I would suggest, six to eight months ahead of us in terms of accessing government funding for this, and it’s no certainty that that’s going to happen of course, but that’s the path that we’re on right now.”

Nonetheless, the support within Saskatchewan’s soccer community has been strong. Over 300 people attended Tuesday’s press conference, most of them local supporters eager to see more about the expansion bid.

Plus, Simpson added that LSSE has received plenty of positive support from not only local soccer clubs, but also those in the rugby, lacrosse, and cricket communities that will also benefit from the multi-use stadium at Prairieland Park.

Simpson explained that there are several steps remaining in the process — including a June 13 presentation to the Saskatoon executive committee where the group will make a formal ask to secure funding — but the Saskatchewan CPL project remains on track.