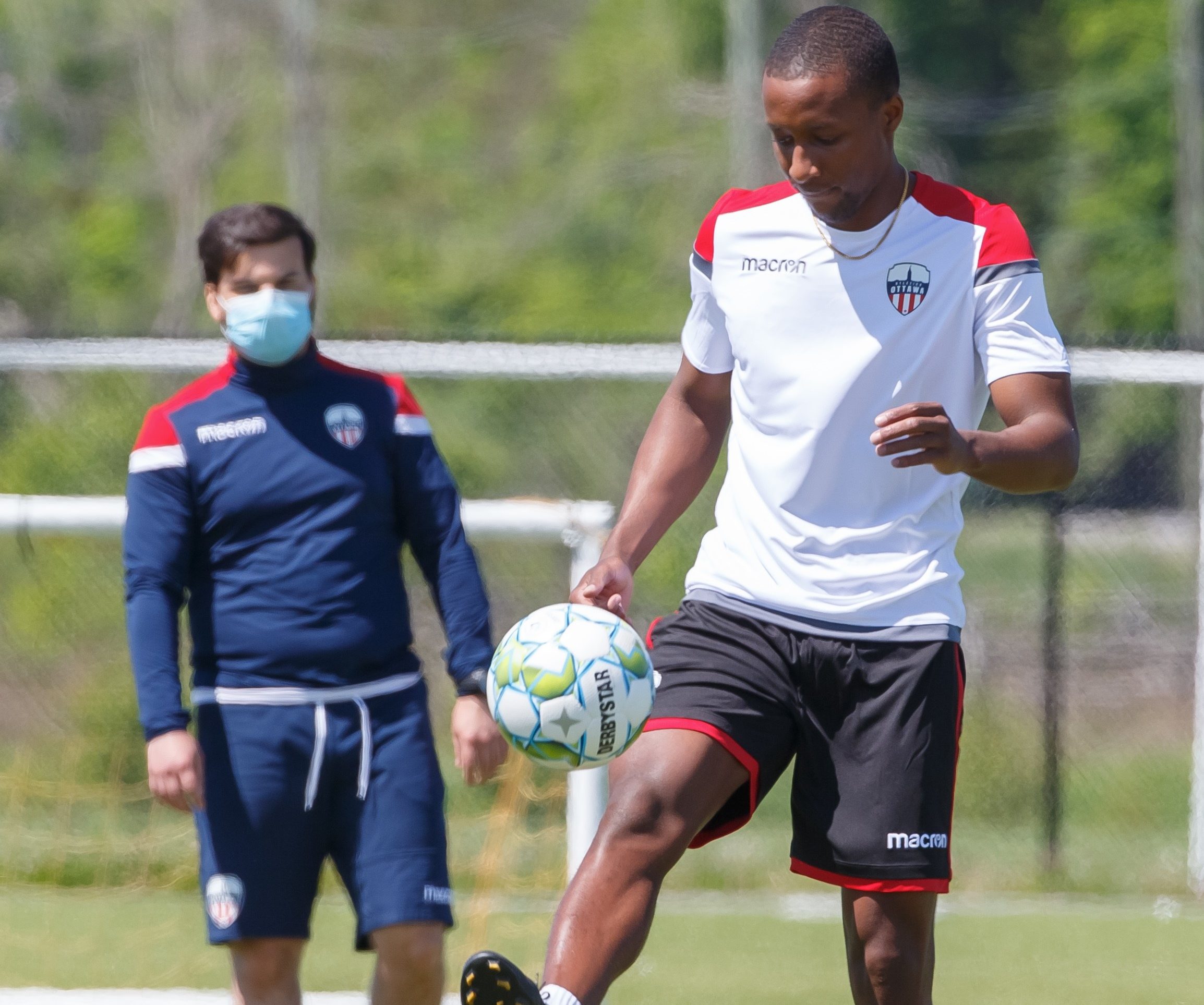 Roster construction is a complicated mission, especially during a global pandemic.

Atlético Ottawa, in trying to fill the empty spots on their squad, has had to cast a wide net (perhaps wider than they might’ve expected) to find some diamonds in the rough during the current COVID-19 crisis.

Occasionally, they’ve needed the stars to align just right. Such was the case in their acquisition of striker Malcolm Shaw, who might not have been available under more normal circumstances.

The 24-year-old Canadian had been with Assyriska IK in Sweden, and he was preparing to move to fellow Swedish third-tier outfit Värnamo IFK for this season. With all that’s been going on, though, that move fell apart.

“Then, I was gonna go to the U.S., to a USL trial with the club in Nebraska,” Shaw told CanPL.ca. “I was waiting for my citizenship, because I’m a dual citizen. I was gonna go to USL, but that got shut down because of COVID and everything. My passport came a week late, and I had to have it before a certain date.”

And so, Shaw was left without a club. He returned to Canada to train on his own, with even his usual League1 Ontario side Master’s Fútbol Academy (with whom he trained frequently during his college days), on hiatus due to the pandemic.

Then, one day, he received a phone call.

“Literally my agent contacted me and said, ‘Hey listen, there’s a team that wants you, that’s interested in you, can I speak to you and give you details?'” Shaw said. “It was kind of out of the blue, I wasn’t expecting it.”

Apparently, Atlético Ottawa’s scouting network had come across Shaw’s Transfermarkt profile, which led to some more in-depth research and video scouting. That, in turn, led to the club inviting Shaw to their small-group training sessions over the past couple weeks.

Now, it’s materialized into a contract, with Shaw having apparently impressed the Ottawa coaching staff enough to be signed as the squad’s first striker.

It’s certainly been a challenge for Shaw to integrate fully with his new team so far, having initially been kept to just a small contingent of the squad. It helped that he was paired with Brandon John, who’s a familiar face to Shaw from growing up and playing in the Greater Toronto Area.

“Aside from that, I probably met all the guys in passing,” Shaw said. “Like when the first session (of the day) would be done, I’d kinda greet the guys and say hi or whatnot, but as the second week of training progressed I was able to get a little more familiar.”

Things have surely been a little easier for Shaw since Atlético Ottawa received the green light to train in groups of 10 as of June 15, although it’s still not quite the ideal introduction to a new club. That said, Shaw is grateful to be given an opportunity in his home province after so long abroad.

As the only centre-forward on the roster so far, Shaw may be one of the players that Ottawa coach Mista will turn to for goals when the season eventually kicks off. Fortunately, Shaw has a solid scoring record from his college days (he played NCAA Division II soccer for Roberts Wesleyan College in Rochester, N.Y.), as well as his time in Sweden, and he describes himself as a strong finisher with either foot.

Plus, the supporting cast should be well able to set him up, with the likes of Ben Fisk and Francisco Acuña more than capable as playmakers.

“The attitude and character of the guys seems sound,” he said. “I’m looking forward to becoming more affiliated with the guys around me.”