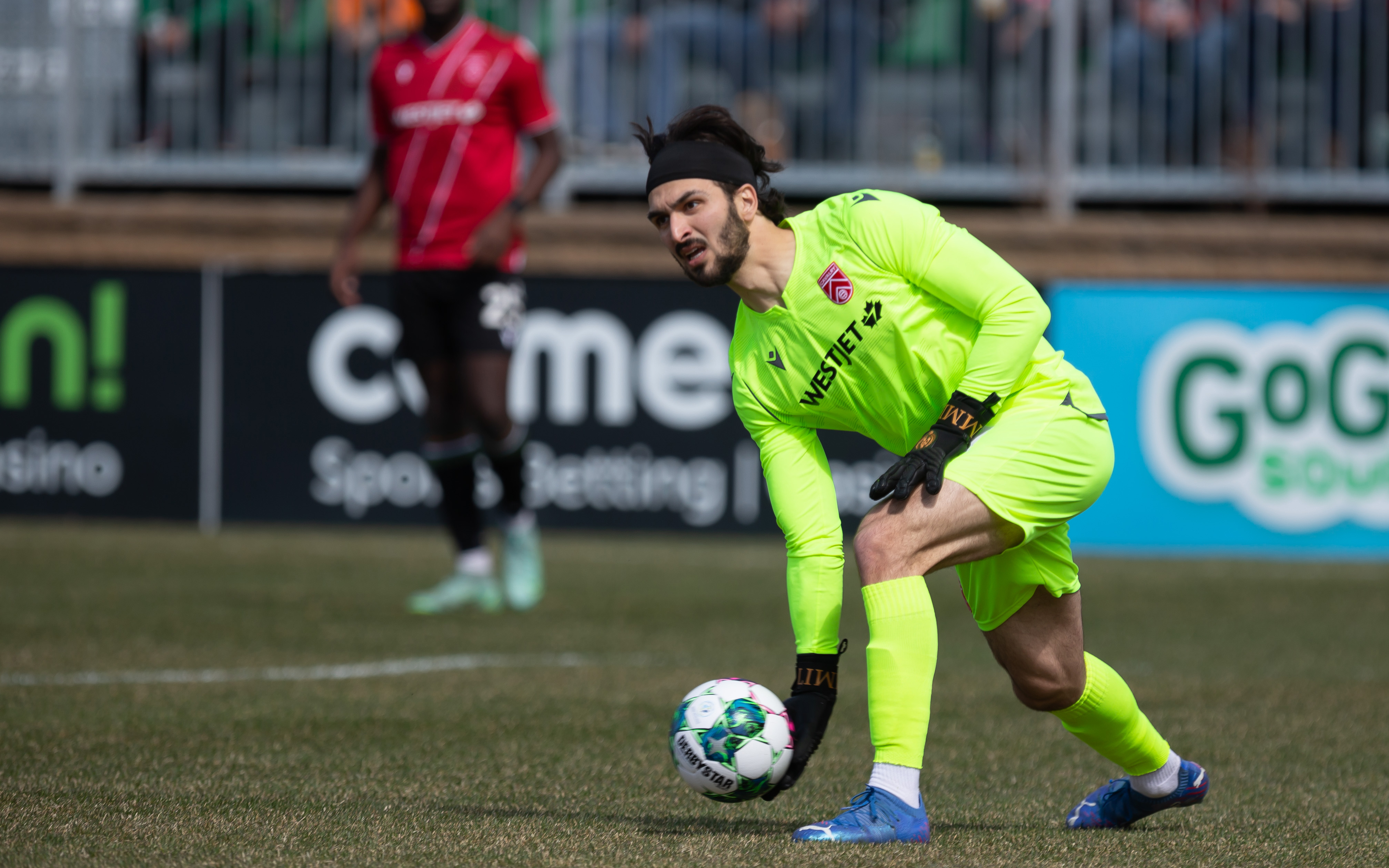 Cavalry FC goalkeeper Marco Carducci revealed at the end of March that he had been diagnosed with, and had surgery to help recover from, testicular cancer during the offseason.

After keeping a clean sheet against the defending champions Pacific FC in his first game of the season, and being named the Canadian Premier League Player of the Week for his good performance, Carducci joined Footy Prime The Podcast to continue to open up about his story and experiences. Among those hosting the show was former Canadian men’s national team goalkeeper Craig Forrest, who has also experienced the same type of cancer.

“I think it was the uncertainty, it was the not knowing,” Carducci said when asked what the toughest part of the process was mentally. “I struggle with that all the time, I think most of us do. We want to know what’s going on, especially as an athlete — we live in a field that’s full of uncertainty. You don’t know your next contract, you don’t know if you’re going to start the next week, all of these things.

“As I sat there and I’m processing everything… looking back I feel a bit ridiculous… but in the moment I was like ‘am I going to play again? What’s happening?’. I didn’t know, I felt uncertain, and I was putting my trust into other people to say what’s going on, am I going to feel alright?”

Throughout the episode Carducci is very honest and open about what he has, and will continue to, go through — both in terms of his career and life as an athlete, but also in his personal life moving forward. Carducci’s story has been accessible, and by comparing his own experiences to those of Craig Forrest in particular, they reminded listeners that no two cases are alike, and that it’s important to get checked out if you ever feel an irregularity in your body.

Another theme of the show was perspective, with Carducci saying that this experience has given him a new outlook on both his career and his life generally.

“It’s taught me to enjoy every step, every moment,” he said. “Whether it’s my football career, whether it’s my relationships, life, personal, everything. Nothing is guaranteed, so you have to enjoy it as you go. That’s been a blessing in disguise.”

The full podcast episode can be listened to on Apple Podcasts and Spotify.

Carducci also joined CanPL.ca’s Kristian Jack in March to discuss his diagnosis and recovery. That interview can be watched below: