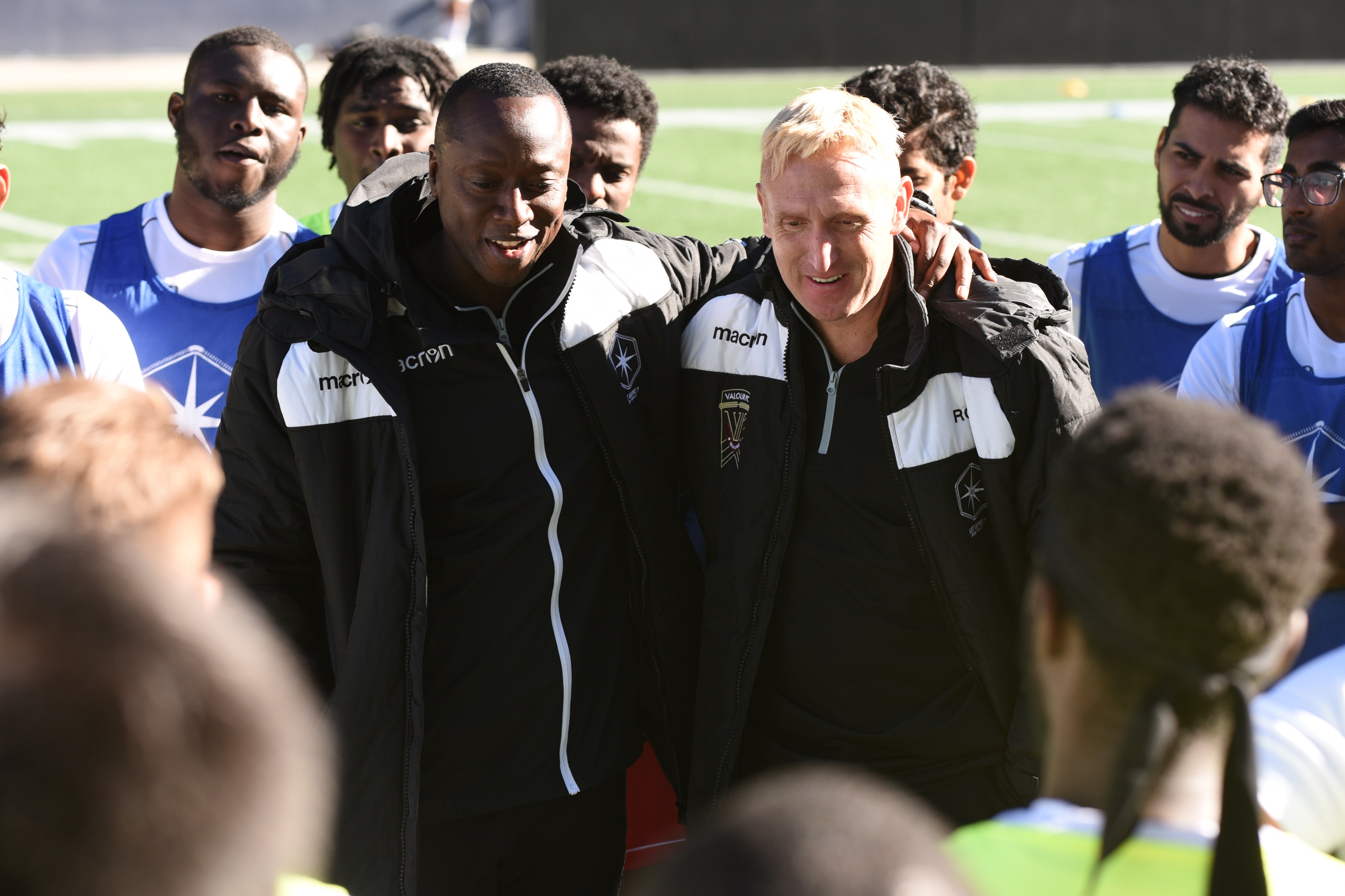 WINNIPEG — Rob Gale gazes out at the over 200 players being put through their paces at the Canadian Premier League’s #GotGame Open Trials on a spectacular autumn afternoon at Investors Group Field, and in an instant, his face breaks into an extra-large smile.

“I feel like a proud papa right now because it’s such a good turnout,” began the Valour FC skipper Thursday afternoon. “This is such a great way to showcase our city to the other (CPL) coaches.

“We had people lining up at 7:30 this morning. There are 220 here, some we had to turn away, but it just shows that enthusiasm and excitement for the club and the league. We told the players, ‘You might not make a team in the end, but you’re out here being part of history.”

Gale revealed that of the 200-plus who are in attendance here, 85 percent are from Manitoba.

“Of all the tryouts so far (this is the fifth of seven tryouts across the country) this is the highest turnout of any hometown group,” he said. “That’s exciting. Plus, we’ve got players from coast to coast, overseas, down south … the whole spectrum.”

Thursday’s sessions featured small-sided games and a series of tests done by the sports analytics company Kinduct to help give CPL coaches state-of-the-art measurables of the prospects in camp.

The numbers will be reduced dramatically for Friday’s sessions, which will include two afternoon 11 vs. 11 games, featuring a final match at 5:30 p.m., which is open to the general public.

“On the first day, a lot of it is just making sure we get the most technically and tactically savvy capable players for Day 2,” Gale explained. “Where we really get excited for the coaching staffs is for the 11 v 11 games. Then there are no hiding places. Some people show well in small-sided games and in tight spaces, but ultimately, the second day is the real test.”

Gale did stress that Thursday’s fitness testing was critical, but the technical capacity is revealing.

“The fitness testing is one way to stand out,” he said. “But if you can play small-sided games and are comfortable on the ball and can show good qualities 1 vs. 1, that will stand you out for the second day. That’s when it becomes a bigger picture.”

Having so many players at an open trial can make it difficult to stand out, but players in all sports know this about an opportunity like this one: with such a large number of coaches involved – and there are local coaches helping the CPL bosses – every move is being evaluated.

“Alex Bunbury (the former national team player) will take them off while they’re not playing the small-sided games and work on some decision-making drills,” said Gale. “He calls it ‘the processing of the game.’ It’s dealing with the mental side of the game and he sees who’s engaged while putting them through a number of drills. They then come out for half an hour and then go back in … you can see who is preparing and doing the right things.

“We’re looking at them even in the warm-up and their bio-mechanics. With so many eyes – the seven league coaches, plus some of our great local coaches – we’ve got the most eyes on this trial of any that the league has had so far. We’re going to make sure that every little detail goes into our assessments.”

Finally, as the local CPL coach, Gale was also tasked with serving as the host with the most, so to speak, to showcase both Valour FC and Winnipeg.