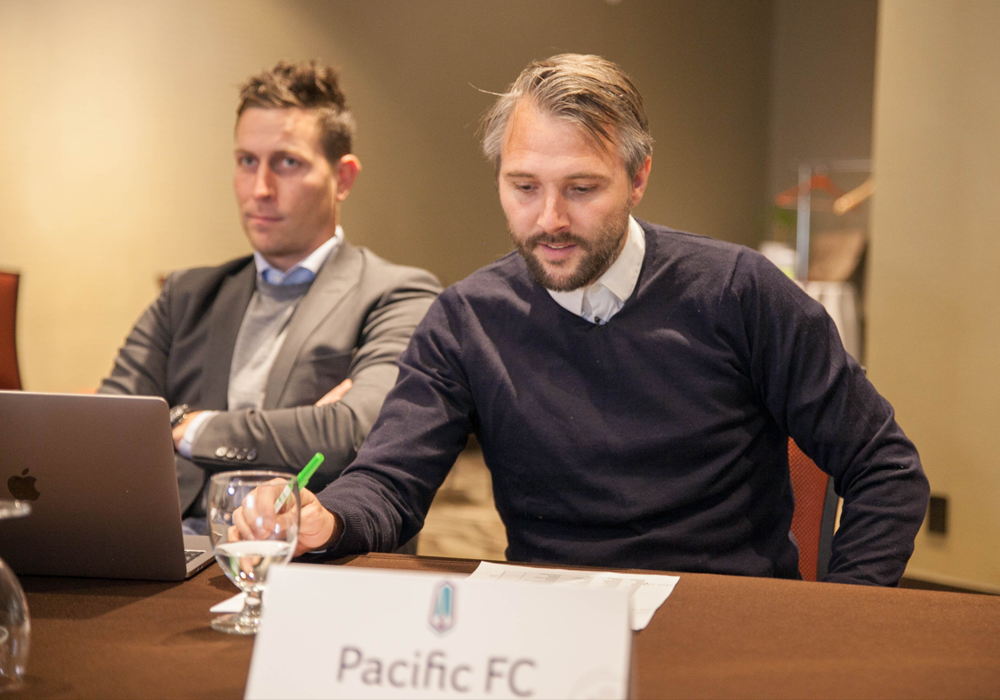 Some clubs hope their star players enjoy a long tenure within their cities. Others may provide a home for older players looking to return to familiar confines as they wrap up their careers.

Pacific FC has other ambitions.

Sure, regular minutes with Pacific FC will benefit both parties.

But Friend, the club’s CEO who spent a portion of his playing career overseas, wants his first signing to keep an eye out for opportunities at top European clubs.

“We want to be young, dynamic and the future of Canadian soccer,” Friend told CanPL.ca. “You’ll see all that with this signing – he was one of our top targets.

“He’s at the critical age where he needs games, and if he gets them at the right environment in the CPL, he might be able to move on to an even higher level with a top league in Europe.

“We’re looking to build a foundation around these types of players – youth national team guys who have the potential to be a part of the national team in the future.”

It may not be the conventional model for teams in a newly-developed league, but bringing on a player who Friend said is both a local product of British Columbia and has plenty of playing experience abroad provides his club with a higher level of talent – and a good reputation, too.

“We’re trying to build the future of Canada soccer, and this player is the future foundation of the Canadian national team,” Friend affirmed.

“He needs to play and be in a professional environment, to play games and be in high-level training every day in order to get into the full national team.

“Ultimately, we want to get him to Europe. That’s the goal for Pacific FC – building the future of the game.”

Friend and Pacific FC president Josh Simpson were both full-fledged senior internationals during their playing careers, and will provide guidance to this signing along the way.

“We’re trying to build a fast and dynamic team so he fits well into the coach’s playing philosophy,” Friend said of his club’s first player. “He’s fast, right-footed, and gets up and down the right wing. He’s also down to earth, a responsible professional, with motivations to play at the highest level. We’re here to help him, and other players like him, succeed.”