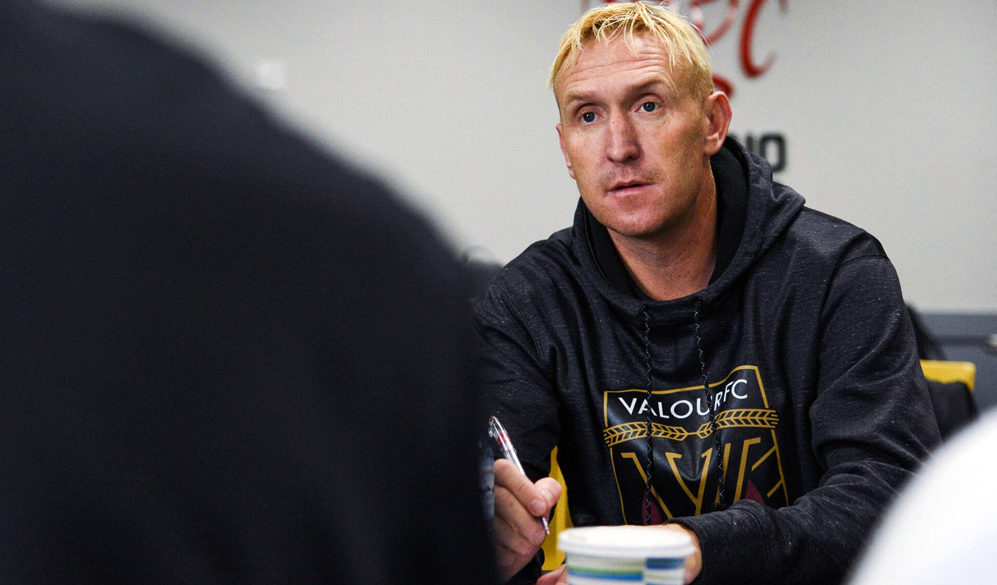 Those are some of the descriptors Valour FC head coach Rob Gale gave to CanPL.ca ahead of his team’s historic first player signing announcement, where the club is set to formally unveil a player Gale calls a “modern-day centre-half.”

“He’s a sort of understated leader, who leads by example,” Gale said of his first signing, pointing to a history of giving back in the communities he’s played in by coaching youth as a “great example” of his professionalism.

“He’s got his peak years ahead of him and he’s got huge upside to continue to learn and develop his game,” Gale added.

Unlike their counterparts FC Edmonton and Cavalry FC in the prairies, Valour FC does not necessarily have an existing player pool to tap into, and as such, Gale has been hard at work identifying talented players both in Winnipeg and all across the continent as he begins piecing together his first roster.

His experiences with Canada’s youth national teams helps him connect with exactly those kinds of players. Gale did hint he has worked with Valour’s first signing in the past, adding the player has featured regularly in the U.S.

As for on-field characteristics, Gale explained his signing draws on his physical stature on both ends of the ball.

“He can be a set-piece weapon for us, because he’s very good in the air and in both boxes,” Gale said. “And above all, he’s the right character for us as we build at Valour Football Club, in terms of all of his attributes both on and off the field.

“He’s had many experiences and played many games at the professional level in North America, so he knows how to travel coast to coast, and how to play in a successful team. So, he’s going to be a great asset for us going forward.”