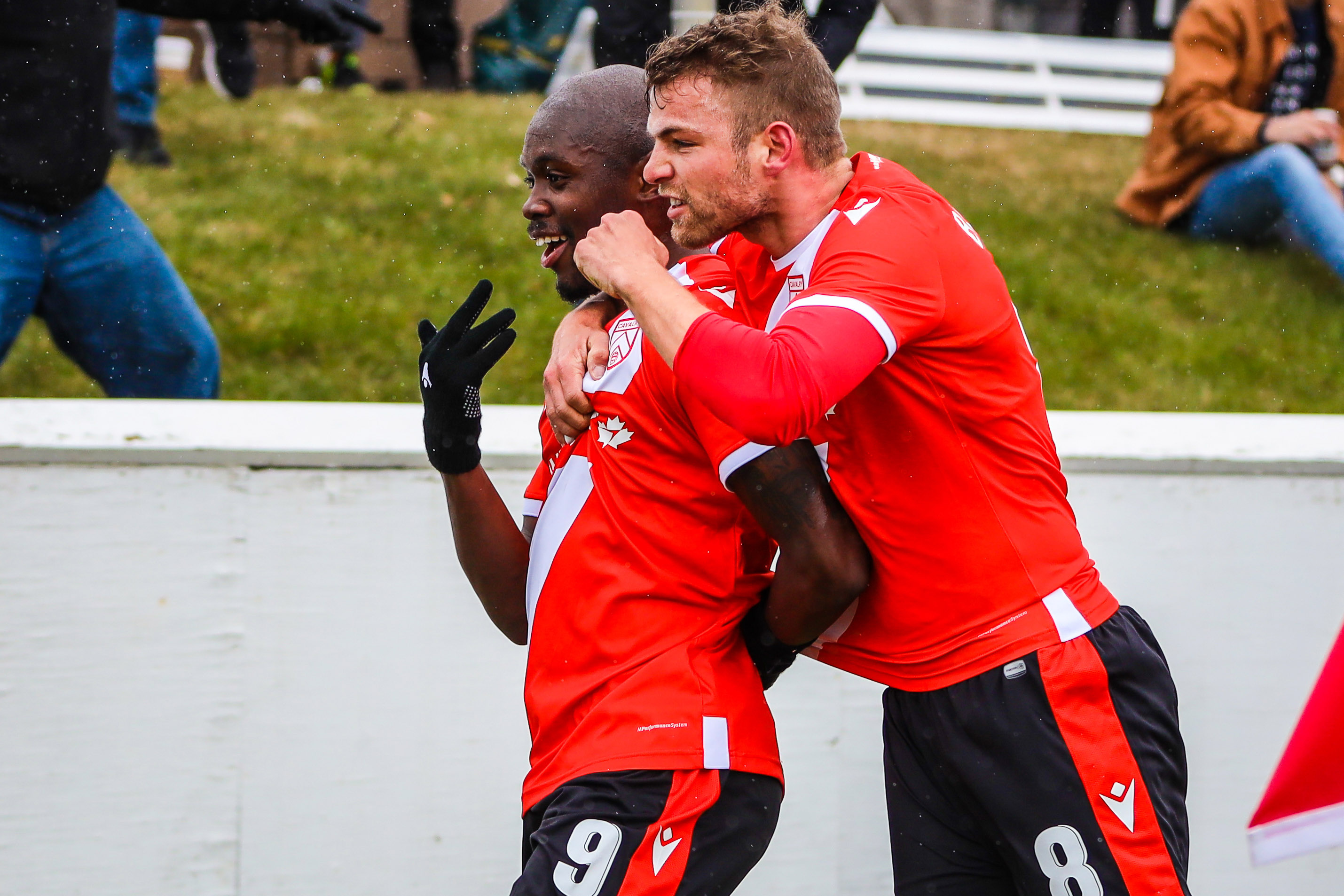 One month into the Canadian Premier League season and we’re still looking to attach a CPL-specific value to the many pillars that make up play on the field. For example, set pieces have proven important, so the value of dead-ball specialists and aerial threats has gone up. Goalkeepers? For sure, they’ve been difference makers in this league already. Defenders? Well, maybe not as impactful at the start, but as the gung-ho, attacking mentality of the opening weeks gave way, clean sheets began to appear and become more important.

How about centre-forwards? Absolutely. No position has been more important in the CPL’s short lifespan than the striker. If a CPL team is missing their star attacker, you notice, both on the scoresheet and in the standings.

Scorer of Cavalry FC’s historic first goal in its first match, Jordan Brown has kept pace with his side’s 7-0-0 start. Tommy Wheeldom Jr. has used the former West Ham product in every one of the side’s seven league and Canadian Championship wins on the bounce, looking to Brown to link play and engage wingers in his 3-5-2 system. His pace also makes him an effective pressing forward, something Wheeldon loves in his ’90 Minutes of Hell’ style.

With the ball, the Englishman’s bread and butter is charging at defenders, wreaking havoc, and laying it off, something he’s done to great effect against the likes of Pacific FC and HFX Wanderers. His smartly redirected goal was the difference in a slim 1-0 Al Classico, too, proving the lad can tuck them away when it matters.

Sometimes you only need one chance to prove your worth. Luis Alberto Perea didn’t need a second chance, or match, to make this list. The 32-year-old debuted for HFX Wanderers in their inaugural home opener on May 4, scoring an impressive winning goal in front of an ecstatic home crowd at Wanderers Grounds. Along with scoring, Perea connected play well, making several defence-cutting passes against Forge FC.

No other centre forward has been as influential as Perea has been to his side. The Colombian has been out with a damaged hand since that match nearly a month ago, but he could make his return as early as Wednesday night against York9 FC. It’ll be about time, too, as the Wanderers haven’t scored a league goal since his injury.

Talismanic, nomadic and prolific, Dominque Malonga is the only striker on this list to score in Serie A, the Scottish Premiership and the CPL.

Still, the French-Congolese striker only got that CPL marker this past weekend, potting his first and second goals on Canadian soil. His two-goal performance was the first brace in league history. The 30-year-old had seven shots on target during his four-game season-opening dry spell — a total good enough for top 10 in the league. In other words, he was producing chances, just not finishing them, something that changed on Saturday.

He’s also proven to be a triple threat, in a way, being talented with both feet and his head. In his first goal in that match against the Wanderers, Malonga, leaning forward and contested from a defender, glanced a header across the face of goal, tapping the post before going in. It was about as aesthetically pleasing as a header can be, and surely a confidence booster.

The way pundits have described Anthony Novak is misleading; big, burly, built like a bloke from Blackpool or Basingstoke. He’s not a 6-foot-6, 280-pound specimen focused on muscling defenders for 90 minutes — Novak’s influence goes much deeper than that.

Forge FC head coach Bobby Smyrniotis, looking for an offensive spark to get his side back on track, called upon the former Oakville Blue Devil for the first time against Pacific FC on May 8. Novak returned the favour almost immediately with an absolute peach less than five minutes in. He’s the perfect centre point — a true number 9 — for Forge’s three other attackers to work from. His ability on the ball is compatible with those teammates as well — Novak doesn’t seem out of place alongside the ballhawks of Tristan Borges and Kyle Bekker.

The 25-year-old has shown a level of experience, too, especially in this smart step-around of Valour goalkeeper Tyson Farago.

Former Canadian national team member Marcus Haber didn’t get off to the best start in Pacific FC’s inaugural campaign. There were questions after the club’s early 2-1 defeat to Valour where Haber hit the post twice, point-blank, in one attacking sequence. A toe injury then sidelined him for a pair of away matches in Hamilton and Edmonton.

The 30-year-old finally found the target last weekend against York9 with a towering header. He followed that up with a second marker, away to Cavalry in the Canadian Championship, with a placed-yet-powerful nodded effort across goal, which served as retribution for a freak own goal in the first half.

Two headed goals in two matches, PFC’s number 9 is quickly putting together a decent run of form on a struggling team. Of his 14 total shots in the league, 10 have been missed headers, suggesting there could be a few more to come from the 6-foot-3 centre-forward from Vancouver.