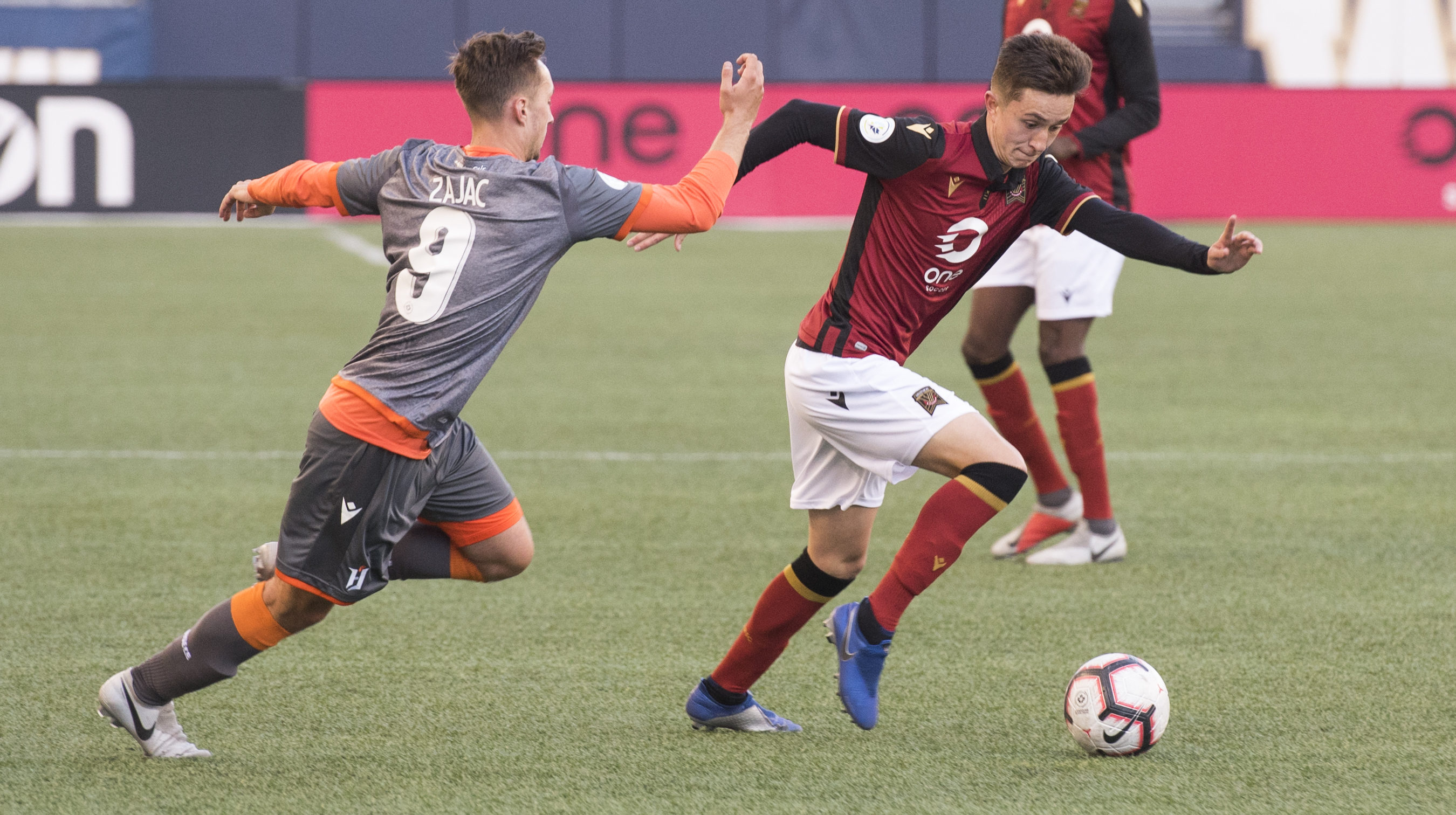 Quiet for this entire off-season, Valour FC made a series of roster moves on Friday.

The club announced that it has picked up the contract options on defenders Raphaël Garcia and Yohan Le Bourhis.

Valour also revealed that midfielders Josip Golubar and Glenn Muenkat, and defender Adam Mitter won’t be back for the 2020 season.

“We are happy to have both these young defenders back in Valour colours for next season,” Valour coach and GM Rob Gale said. “Both Raph and Yohan experienced their first real taste of professional soccer and put in a lot of hard work, we look forward to seeing their progression in 2020.

“To those players not returning, we wish them the best in their future careers.”

Garcia, a 20-year-old native of Ottawa, signed with Valour in January and went on to play in 16 CPL games and tally a pair of assists.

Le Bourhis, 19, signed with Forge in August. The Montreal native made eight CPL appearances during the Fall season.