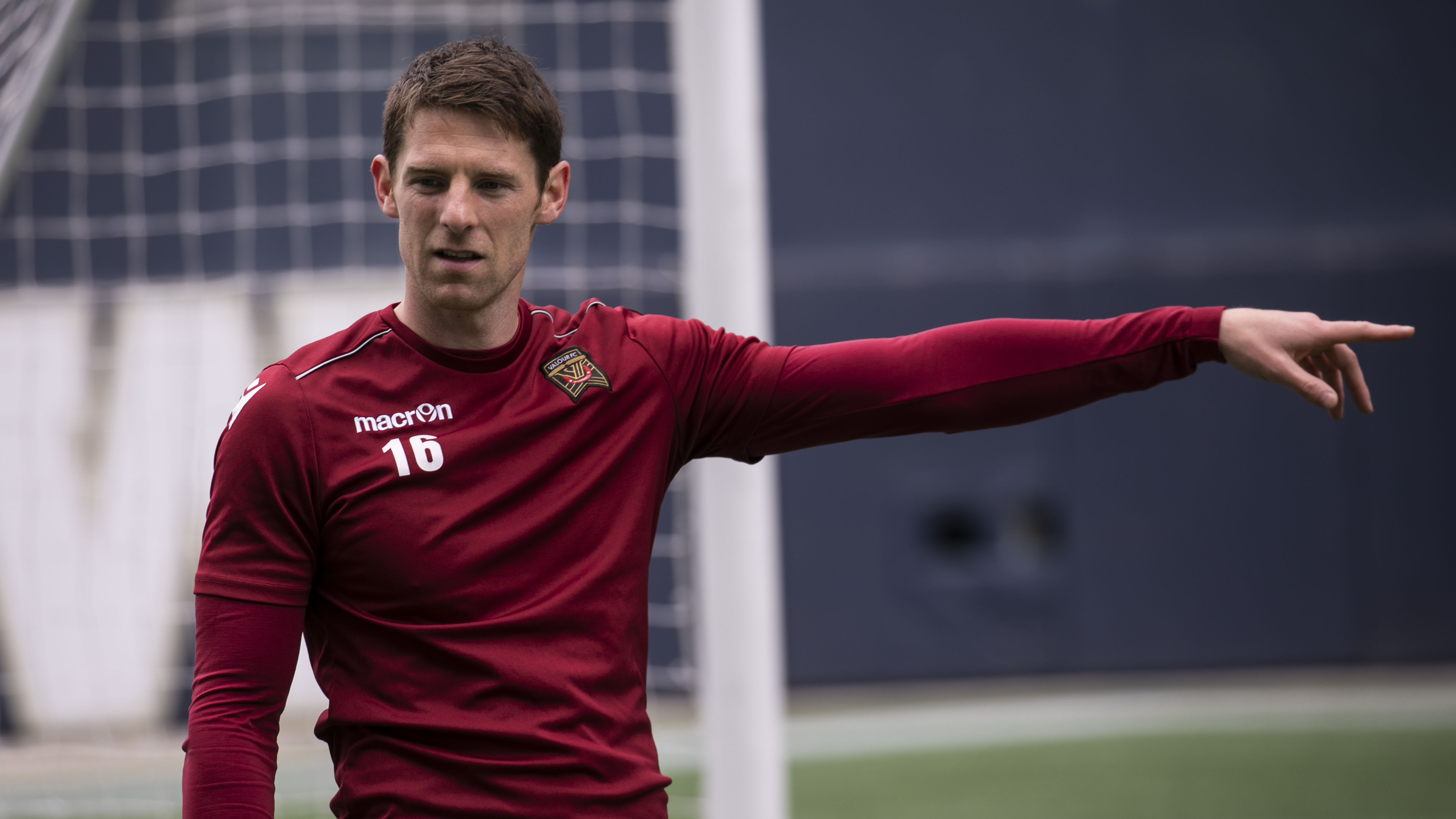 There were undoubtedly many, many moments over the last few months when Rob Gale and his Valour FC charges wondered when – or if – the day would ever come.

And now the calendar is coming at the Valour head coach like a hard-charging elephant, what with their 2021 Canadian Premier League season just over a week away and a whole lot of planning, practising and organizing to still do in the interim.

“You can feel the excitement build. You can feel the intensity build,” said Gale in a chat with CanPL.ca. “We’ve just recently taken a couple of days off, as the guys were a little banged up after 10 months of not playing. Now we’re concentrating on getting back to full health. We increased the intensity today… shorter bursts, match-like intensity and rhythm. Next week will be the typical build of a regular game week.”

Valour coaches and players will be entering the CPL’s Kickoff bubble on Monday and take Tuesday to undergo all the testing and get tuned up to all the other necessary protocols. Then preparations will crank up for the opener the following weekend at IG Field. Valour will open its third season on June 27 at 1 pm CT/2pm ET against two-time defending CPL champion Forge FC.

There had been some thought about playing a preseason game against another CPL team in order to simulate match conditions, but that won’t work with the oncoming time crunch and for logistical reasons. Even the Saturday intra-squad games have been affected by health, with last week’s session a 7 v 7 contest.

“After we get settled into the bubble we’ll have a four-day window which will be a slow build to Forge and getting them ready and getting them hungry to play on the 27th,” said Gale. “Hopefully we’re getting our health and bodies back now. It’s always tough in the preseason, especially after such a long break, to maintain the level of fitness that you want. But we feel they’re coming together at the right time.”

Newcomer Rafael Galhardo, the Brazilian midfielder/defender, is currently in Toronto after heading north to Canada and is expected in Winnipeg on Thursday. Meanwhile, the club is still waiting on veteran Arnold Bouka Moutou to arrive from France, although more visa issues could complicate his arrival.

All of this – the injuries, the late arrivals – is throwing a wrench into Gale’s ability to settle on his starting XI for the opener.

“Right now it’s about who’s healthy,” he said. “That’s as simple as it gets – we’ve got to have the readiest and healthiest. That picture hopefully gets a lot better in the next week so that we have as many bodies as possible champing at the bit ready to go.”