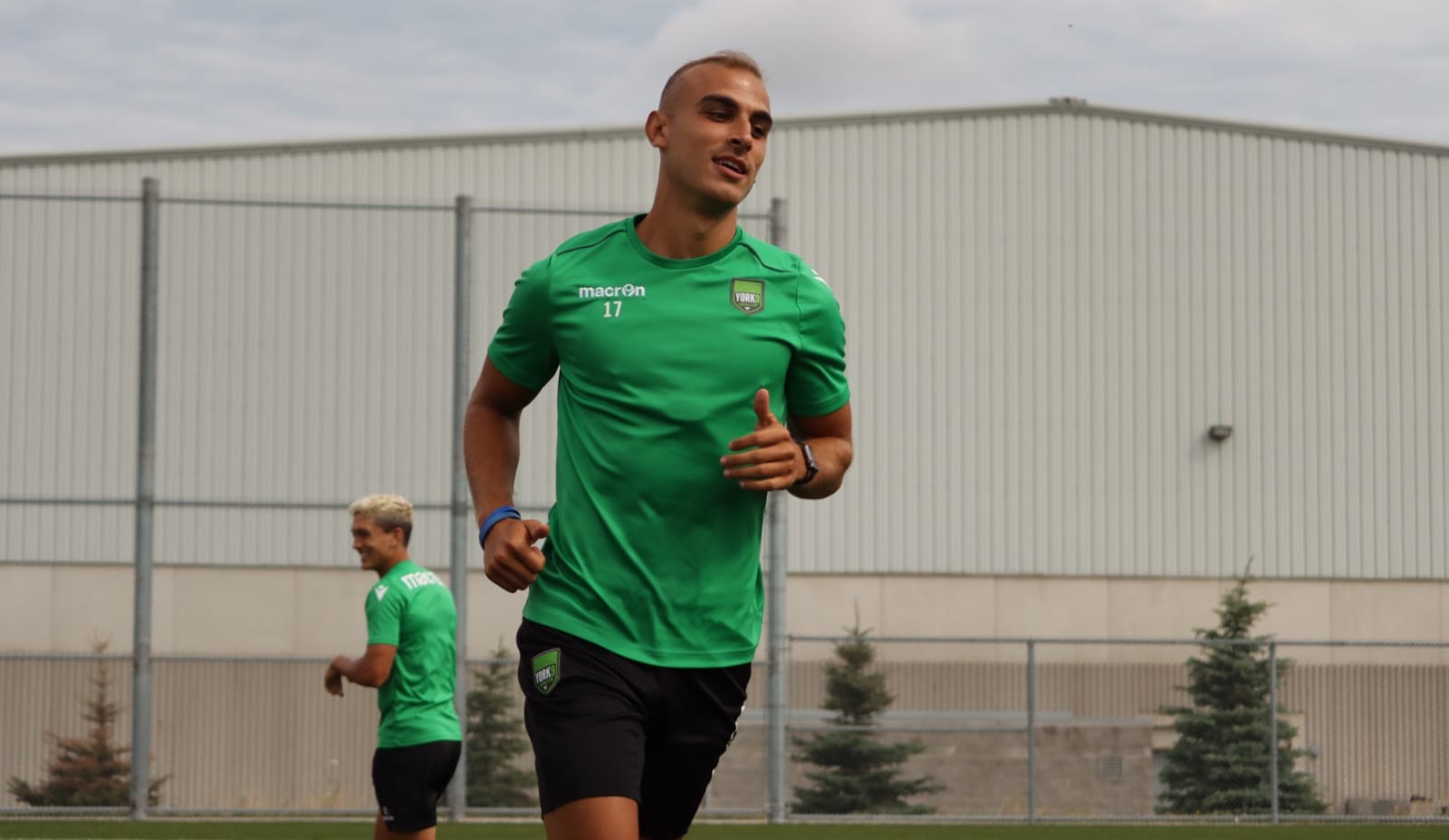 Looking up to an older brother is a cliché to some, but it’s a tearful reality for others.

Ten years since losing his “guiding light,” York9 FC defender Matthew Arnone is still trying to be like Jason. Matthew was 16 when his big brother, another avid soccer player growing up in York Region, died in a tragic car accident.

“People around the Canadian Premier League know me as a stoic guy,” Arnone admitted to CanPL.ca. “And Jason was always on me. When we’re with family, he was out in the middle of everyone mingling and I was up against the wall in the corner.

“I’ve always been trying to put myself out there more. That’s where we differed but it’s what I’m trying to carry – that zest for life. That’s what we want to bring to Jason’s Wish.”

Those positive attributes inspired him and his mother to create “Jason’s Wish,” a fundraiser that has garnered support from across the Canadian Premier League and Toronto-area soccer communities. Proceeds from Jason’s Wish, which has raised over $80,000 since 2011, have gone to the Sunnybrook Hospital Trauma Care Centre in Toronto, where Jason was treated.

This year’s fundraising goal is $10,000, to commemorate 10 years since Jason’s passing. But, with COVID-19 preventing large gatherings in Ontario, Arnone has taken a “more remote approach” with Jason’s Wish, accepting donations via Sunnybrook’s website.

“Older brothers always break the ice for you, but now, one decade on, I’m stilling doing that for myself,” Arnone said. “We want to turn Jason’s (positivity) into an appropriate change.

The charity initially started as “Play for Jay,” a one-off match played every September. Since then, CPLers such as Sergio Camargo and Dylan Carreiro, Chris Mannella, and others have donated money and time as it has transitioned into an annual event, drawing as many as 500 people for a fundraiser and dance.

Last season’s gathering was a smashing success, with signed CPL jerseys from Valour FC, Cavalry FC, HFX Wanderers and Y9 raising over $12,000. Without such a gathering in 2020, York9 plans to offer memorabilia and experiences up for auction in the coming weeks.

A night to remember. Here are some highlights from Jason’s Wish 2019. Enjoy! 🦋💙

Arnone insists his brother had more passion for the game than him – a youth career in York Region landed Jason a spot on Seneca College’s team, a side he briefly featured for before his accident.

“We would always dream about having our name on the back of a kit,” Arnone said. “Whenever I score, I look up to the sky and think about him. He would have loved to see me here playing professionally here in York.

Arnone is looking forward to being in York Region for more Jason’s Wish events since moving to York9 FC in the off-season. Last year, while representing HFX Wanderers FC, the former Vaughan Azzurri defender was busy making calls and organizing the 2019 edition, only to miss proceedings due to the Wanderers’ match against FC Edmonton.

“It’s like playing in a match – you’re often more calm in a match than watching one because you know you have no say in it,” Arnone said, adding he was touched to witness the event on FaceTime.

“The core values are the same – we want to turn the negative, dark times in our lives into positivity.”

Proceeds from Jason’s Wish have helped build a second helipad at the Toronto hospital, a crucial access point for trauma patients arriving by air.

“We want to give back to Sunnybrook as much as possible because, if we can affect even one patient, I think we’ve done our jobs,” Arnone added.

This year, as a pandemic rages on, Matthew continues to take lessons learned from his big brother – to find the silver lining, keep a smile on your face, and try to make a difference.

“Everyone has their day-to-day and you can get caught in, well, just about everything. It came as a scar but you realize you need to live for Jason, too.

“I want to bring that zest of life and, ultimately, always find that thing to make you smile or that positive part in life.”