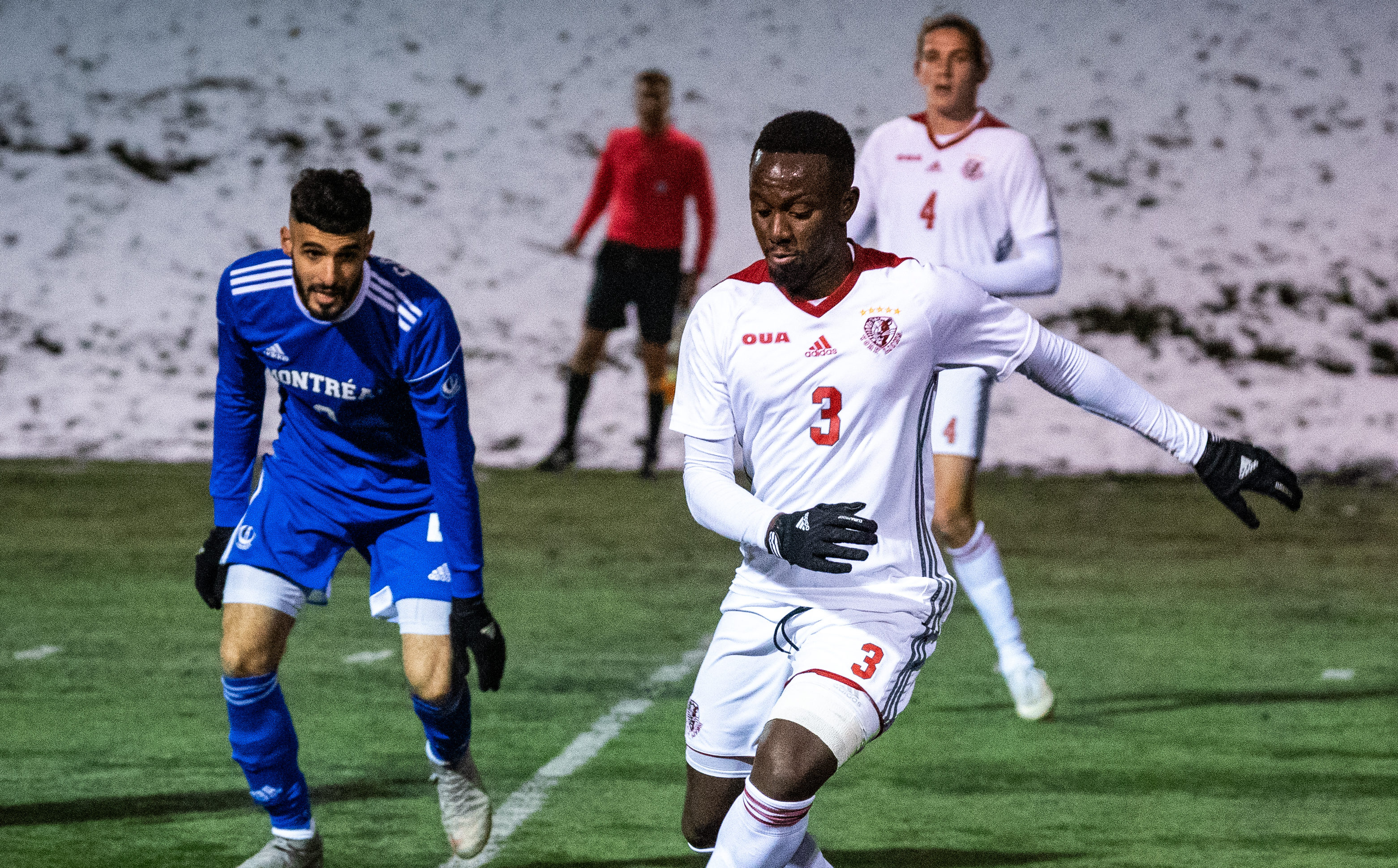 The York Lions star defender also shares a love of soccer with his brother, too.

Certainly, the name “Laryea” will be the first thing that catches Canadian soccer fans’ attention when running down the list of names in York University’s roster… and for good reason; Richie, the older brother, has enjoyed an incredible 2019 season, earning a starting role with the Canadian men’s national team, and making a move to Toronto FC that has borne fruit in the form of a spot in the 2019 MLS Cup Final.

As for Reggie? The 21-year-old Toronto native is looking to get his own professional career started through the 2019 CPL-U SPORTS Draft.

“I feel really good. Hopefully, I get drafted!” the younger Laryea told CanPL.ca, following a 3-2 win over the Calgary Dinos in a consolation match at the University of Montreal for the 2019 U SPORTS Soccer Championship.

“That would be nice. I’m really happy there’s a league in Canada that gives young players like me the opportunity to grow and shine in this country. And, I’m happy to be here at York, while also having that Sigma connection.

“The CPL is another pool to find young Canadians that are good. There are a lot of good, young Canadians in the league. Soon, our country will be competing in the World Cup, and the CPL is a route to helping that.”

Indeed, Richie Laryea is one of the rare players in the draft pool who commands a real, strong connection from multiple camps – whether with York Lions head coach Carm Isacco, assistant coach of York9 FC, or with Forge FC head coach Bobby Smyrniotis’ Sigma FC team in League1 Ontario.

The former coach, on scene in Montreal, believes Laryea is ready for the moment, too.

“Physically, emotionally, psychologically, Reggie is ready for the next level,” Isacco told CanPL.ca. “He can play a few positions. His on-the-ball stuff needs to be a bit better … and he’ll get that with experience. But I think the important parts of his game are ready. And everything else will just come with time and experience.”

Stuck in the middle of the 905 Derby, Laryea is solely bringing positivity to the prospect of being drafted.

“I’ve learned a lot of things, both at York and Sigma, and from both Carm (Isaaco) and Bobby (Smyrniotis) so I don’t know – let’s see what happens!” Laryea said, with a smile.

“It would be an honour to play for either Forge or York9, because I know both coaches, and both are great. I hope I get that shot.”

He added: “I’ve really enjoyed my time at York. I’ve met a lot of people here who I can call my brothers, and I love what Carm has done for me. I love York.”

Whether or not Laryea ends up at either York9 or Forge – or another CPL outfit, watching from the outside – Isacco believes the environment and opportunity afforded can only be beneficial for the 2nd year Lions centre-back – especially with the clause preserving U SPORTS eligibility and allowing him to return to school.

“You want him to get into a responsible situation,” Isacco explained. “The lacking of the CPL is a lot of these kids that come in, can’t play. Unless you have a reserve system, it wouldn’t make sense for him to come in full time. Come in and train? Absolutely. But you need the games. The university system offers that, but you need games in the summer as well. That’s something we need to look at for players like Reggie or Emmanuel Zambazis or Gabriel Bitar in Calgary – they need time to play.”

Should Laryea break into a CPL team, though, he’ll begin working towards a career as a professional… and, possibly one day, joining his brother Richie on the grandest stage.

“Yeah, my brother – I don’t tell him this much, but he’s one of my idols,” Reggie Laryea said of Richie. “I really look up to him. What he’s been through, and what he’s doing now? It’s amazing. We always talk about soccer. I love him. Hopefully I can join him in the professional ranks.”