CPL fans are able to relive Pacific FC’s historic 2019 Canadian Premier League season and how the lead the way in their use of under-21 Canadians via the release of a brand new “Forever First” video.

“Forever First: First 1000 U-21 minutes” was posted on the CPL’s YouTube and IGTV channels on Tuesday for all Canadian soccer fans to watch and enjoy.

Part of the mission of the Canadian Premier League is to foster the growth of young Canadian soccer players. As such, CPL clubs are required to have at least three Canadian players age 21 or under on their roster, and to give at least 1,000 total minutes of playing time to that young talent in each season

All seven teams ticked the 1,000-minute box in 2019, with Cavalry FC and FC Edmonton crossing the threshold last August to become the final two teams to fulfill requirements for under-21 players.

Incredibly, Pacific FC surpassed the benchmark in just their third match of the 2019 CPL season, away to Forge FC on May 8.

In total, Pacific gave a league-high 13,525 minutes of playing time to their 10 under-21 players last season, far ahead of Valour FC, who finished second place in the under-21 category with 5,435 minutes.

“It wasn’t surprising to see,” Pacific FC assistant coach James Merriman told CanPL.ca after learning of his team’s total. “This was the group we were going to play from the start.”

He later added: “You also saw players have really bright moments and excellent performances and real difficult performances. Which is expected at a young age – but the great part is we kept playing them.

“They need to have some of that adversity – expectations and responsibility put on them, if they do have the potential. You see them either adapt and grow, or struggle and be challenged and are unable to adapt.

“That’s the only time you see them really start to become the player they can be.”

Watch “Forever First: First 1000 U-21 minutes” by subscribing to the CPL’s YouTube and IGTV channels, or by clicking on the video player at the top of the page. 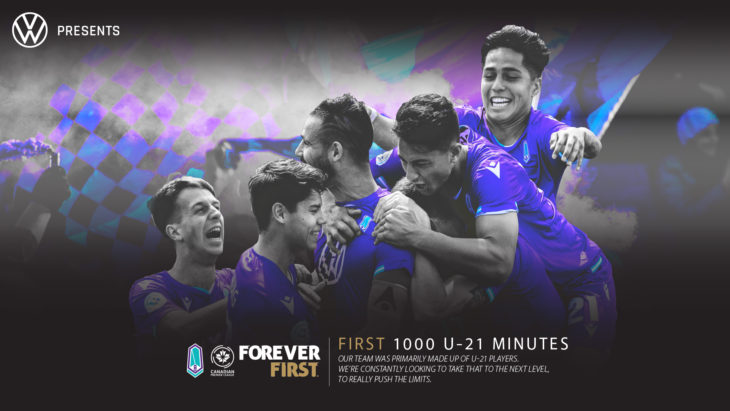