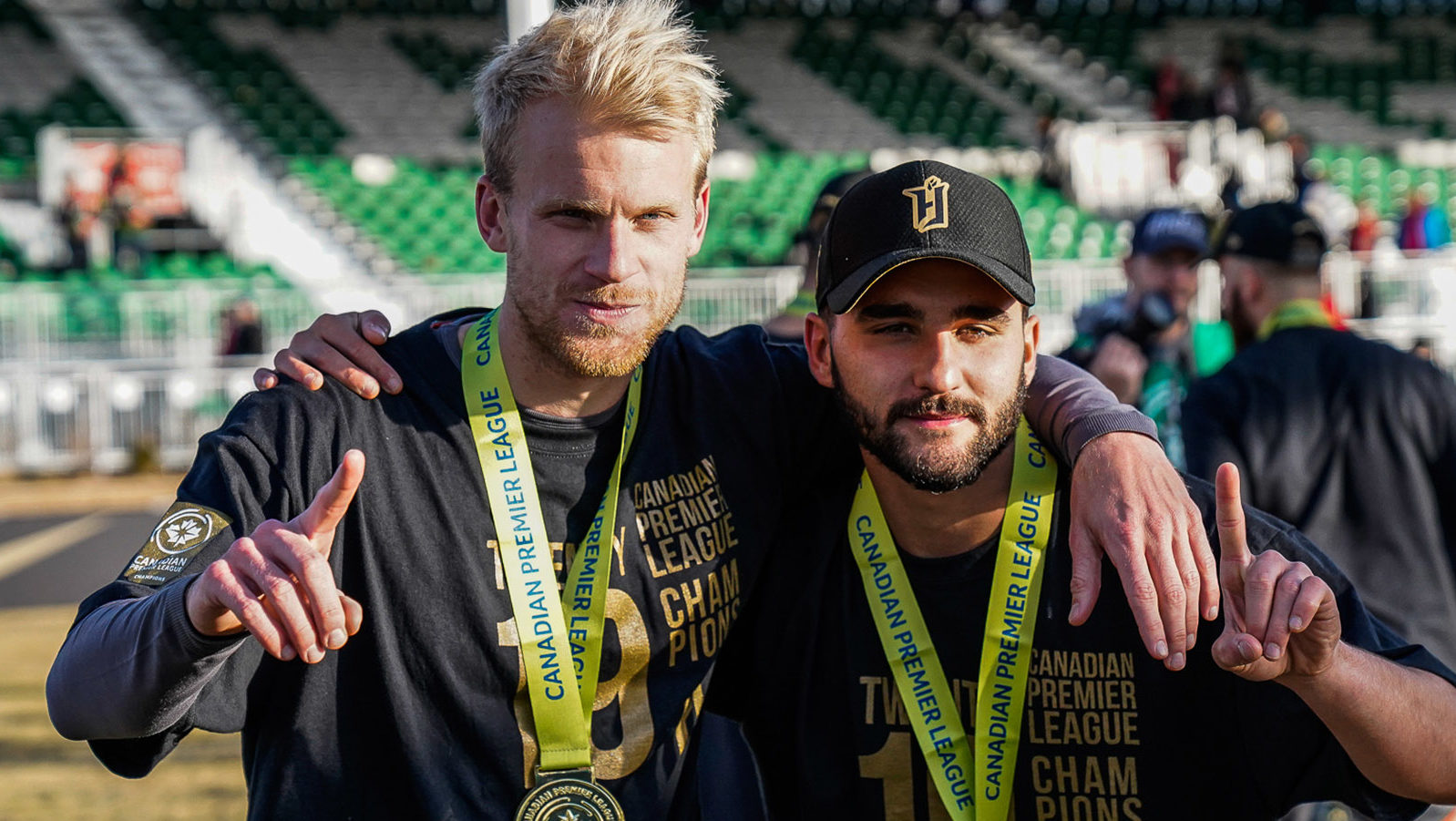 The core of the reigning CPL Championship squad is set to return to Steeltown in 2020.

Forge FC announced on Friday that 12 members from the club’s Canadian Premier League championship team will be back next year.

“I think it’s important, every time you build something you want to build something with a little bit of longevity … these are guys that we knew from the beginning before this year that we wanted to build around, to have a good core,” Forge coach Bobby Smyrniotis told CanPL.ca.

Borges, a 21-year-old native of Toronto, enjoyed a breakout campaign in 2019, winning the Golden Boot with 13 goals, finishing among the league leaders in assists, and playing a key role in helping Forge hoist the North Star Shield.

One of his goals came in Forge’s 1-0 home win over Cavalry FC in Leg 1 of Finals 2019. The Hamilton-based club went on to win the second leg in Calgary and were crowned the inaugural CPL Champions.

Borges’ future has been a hot topic of discussion in recent weeks, as teams from other leagues are thought to be interested in him.

Asked after Forge’s win in Leg 2 of Finals 2019 if Borges would be back next year, Smyrniotis replied: “He’s definitely done everything in his ability to become a star in this league, to be the best player in this league. His future is bright.”

Borges was equally coy when asked about his future at last month’s CPL Awards ceremony in Toronto.

? "Obviously 2019 was a big success, the North Star Shield is here in #HamOnt. Bringing back that core group, with that winning mentality, was a priority."

There is always a chance that Forge could sell Borges once the transfer window opens in January. But for the time being, the league MVP is set to return to Hamilton in 2020.

A CPL Player of the Year finalist, Bekker was one of the top playmakers in the CPL this season, recording five assists and playing a starring role in Forge’s championship campaign.

Henry, a 26-year-old native of Scarborough, Ont., finished with a league-high nine clean sheets (tied with Cavalry’s Marco Carducci) and posted shutouts in both legs of Finals 2019, backstopping Forge to the CPL Championship.

Kruzten, a native of Belgium, was one of the best defenders in the CPL in 2019, playing in all 28 regular season games, and scoring one goal and adding two assists along the way. He also started both legs of Finals 2019.

We will have more in-depth coverage this weekend of Forge FC bringing back the core of its championship team. Look for Charlie O’Connor-Clarke’s feature story to appear Saturday on CanPL.ca.