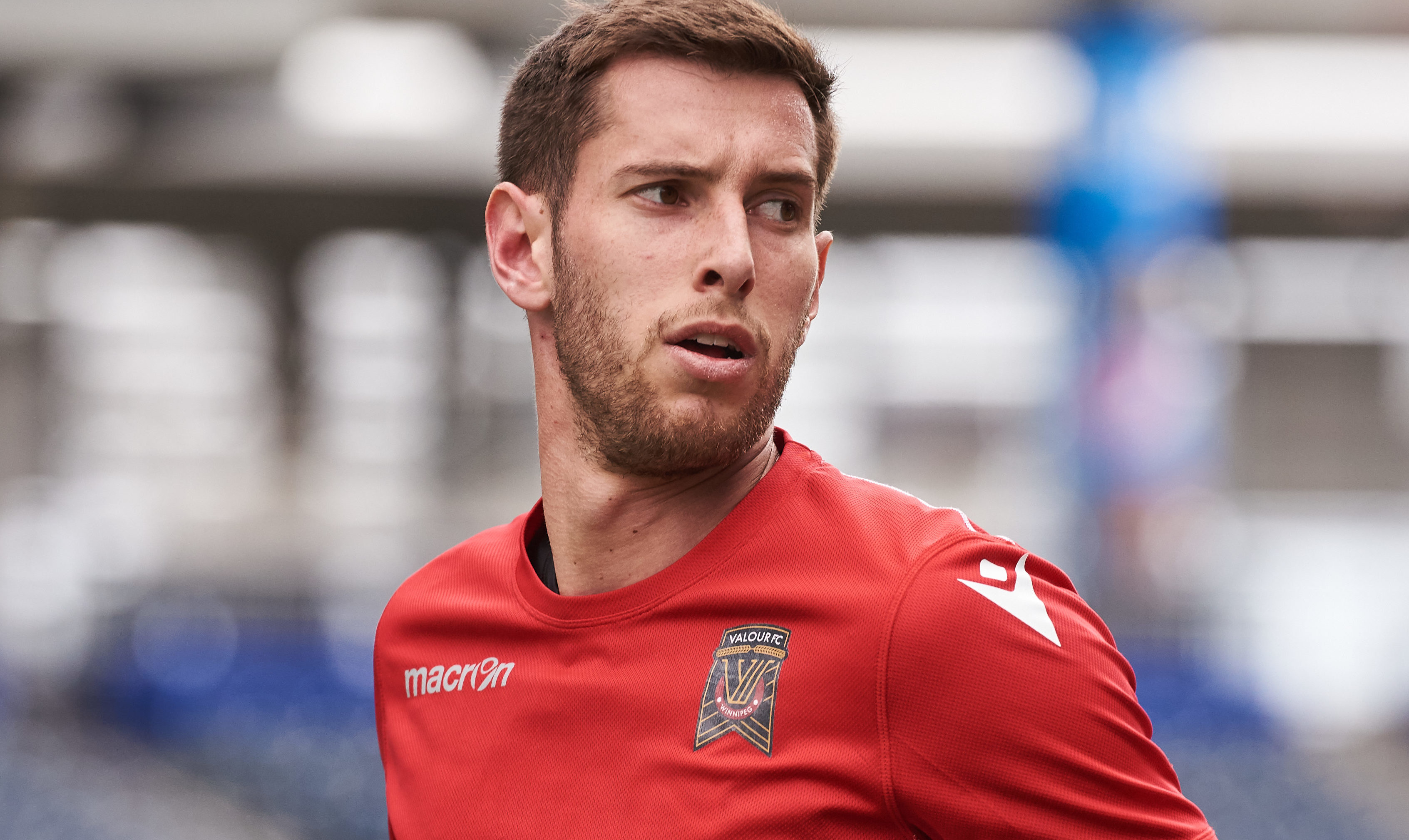 Louis Béland-Goyette is an HFX Wanderers FC man following the announcement on Wednesday that the 24-year-old would be joining Stephen Hart’s side for the 2020 season, raising the obvious question.

Just how much better will the HFX midfield now operate with this new addition in its ranks?

Béland-Goyette’s switch from Valour FC to HFX Wanderers may come as a bit of a shock to the Winnipeg club faithful, as the French-Canadian midfielder played a pivotal role in Rob Gale’s lineup in 2019. But, is Gale’s loss really Hart’s gain in this circumstance?

Most often deputized alongside another midfield man at Valour, it’s unlikely that Béland-Goyette’s role will evolve too much at HFX Wanderers, making the likelihood of a midfield partner quite high – we’d wager the re-signed Trinidad and Tobago man Andre Rampersad is the obvious choice here for Hart’s midfield.

Though Rampersad’s natural inclination is to contribute in a little bit of everything in midfield just like Béland-Goyette, to call either an out-and-out defensive midfielder is a disservice to their work rate and contribution to their respective teams’ midfield processes. If the two are to play alongside one another, it wouldn’t necessarily require a new understanding for one or the other, unless they are otherwise played alongside a more rigid defensive midfielder.

So, with that in mind, pairing these two together is the natural inclination. What does that midfield look like?

Strangely, if 2019 stats are any indication, the two players aren’t too different. Or, rather, they have plenty of similarities.

Béland-Goyette and Rampersad are both fairly even across a wide variety of metrics, including in goals (one apiece), passing accuracy (roughly 85 per cent each), blocks, interceptions, and tackling success (5-2, 32-36, and 72%-69%, respectively), and total touches (roughly 1,200 each).

Where there are any differences, the results are often minor; Béland-Goyette recorded two more assists than Rampersad in regular season play last season; Rampersad wins about 10 per cent more of his duels than Béland-Goyette; and, their shooting accuracy varies by 20 percentage points, but still falls well below 50 per cent, making it a moot point.

Both are very effective in the middle of the park, and when ranked alongside fellow No. 6 or No. 8 types, they each put up comparable and commendable numbers to league leaders like Julian Buscher of Cavalry FC or Elimane Cisse at Forge FC.

But, it brings us right back to the same question – if Béland-Goyette and Rampersad are this similar, was this signing necessary?

When CanPL.ca asked HFX coach Hart about his new signing, and how he would fit into the Wanderers’ midfield, the astute tactician pointed out that there was one key point of differentiation between the two.

“The priority was to sign a midfielder who was good at distribution from different ranges, who could keep the ball moving, and who could compliment some of the other midfielders I have and I’m looking to sign. (Béland-Goyette) ticks off all those boxes,” Hart told CanPL.ca.

Hart added: “(He and Rampersad) complement each other. They both have fantastic work rates, but Andre is a different type of player; his game is about eliminating his opposition with the dribble, and he plays a more shorter, combination type of game. It’s a good mix.”

Indeed, the balance between long distribution and dribbling is the key point of differentiation between Béland-Goyette and Rampersad; Béland-Goyette has completed nearly 25 per cent more long passes than Rampersad, who in turn has attempted (48 to 22) and completed (35 to nine) more dribbles than his new teammate – good for a 73 per cent dribbles completed output, to Béland-Goyette’s 41 per cent.

So, while their tenacity in midfield and work rate across the park is similar, and with a closely-matched penchant for the dark arts of defensive midfield, this differentiation is exactly the sort of dimension that the Wanderers midfield desperately needed in 2019, and is, as such, the major advantage of adding Béland-Goyette to the middle of the HFX lineup.

When contrasted with the likes of Kouame Ouattara or Elton John, Béland-Goyette edges the former Wanderers on multiple aforementioned statistical metrics anyway. He undoubtedly adds more overall quality to the HFX midfield in presence alone when considering his unprecedented range of distribution, on top of all that.

And, lastly, Béland-Goyette brings plenty of experience to a new-look HFX team that will look to lean on his personal qualities as they rebuild in the CPL’s sophomore season.

“I’m looking to him to bring some leadership,” Hart explained. “When I found out that (Béland-Goyette) was potentially available, it was one of the first things that came to my mind.

“Besides his playing quality, he could be one of those players – and you have several players who lead in different ways – but he’s one of those players that can easily help carry out instructions on the field and throughout the game. I’ll be looking to him and a couple other players to be leaders.”