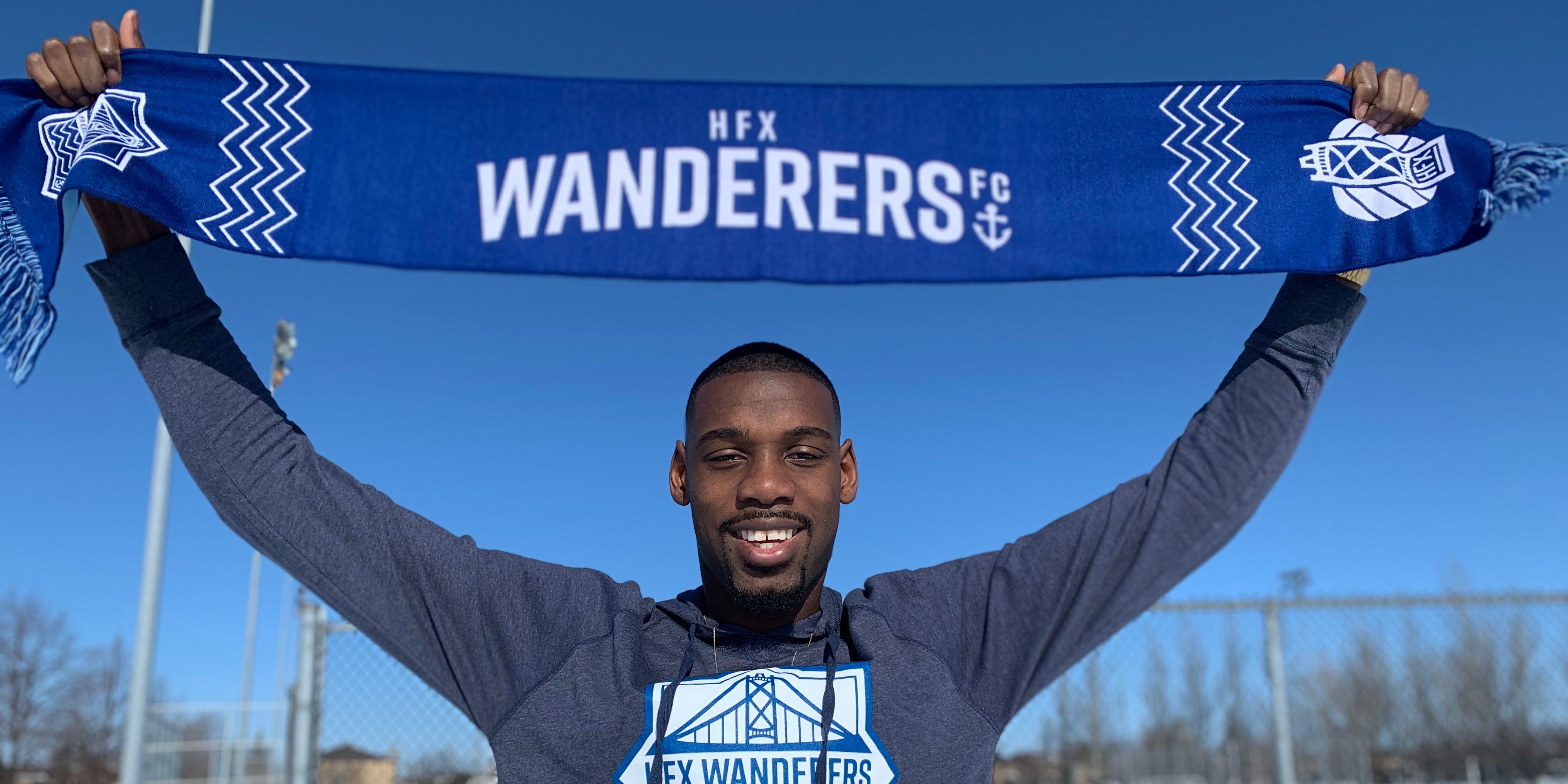 HFX Wanderers FC continued to reinforce their squad on Tuesday, announcing the addition of Haitian centre back Jems Geffrard to inject some international experience into their defence.

Geffrard, 25, was born in Montreal, playing a good deal of his youth football in the Montreal Impact academy (making him the sixth Wanderer with an Impact connection).

However, he represents Haiti internationally through his parents’ nationality, having made 16 appearances at the senior level. For CPL roster purposes, though, he will qualify as a domestic player.

Canadian fans may remember him best for his important role in the Haitian side at the 2019 Concacaf Gold Cup — he played 90 minutes in four of their five games, including the quarter-final win over Canada and semifinal defeat to Mexico. He was frequently paired up at the back with new Valour FC signing Andrew Jean-Baptiste.

“For me it was the highlight of my career so far, just because of the intensity and winning mentality we brought as a team,” Geffrard said of the Gold Cup experience. “It was the highest level I had played and we played in front of 64,000 people in that Mexico match so it was amazing.”

After graduating from the Impact academy and playing briefly for FC Montreal in the USL, Geffrard moved abroad to play in Finland for second-division side Ekenäs IF and then, in 2018, for top-tier club RoPS. He returned to North America in 2019 for a seven-game cameo with USL side Fresno FC.

“He’s a player that can bring his experience to the back line and to the dressing room. He has been outstanding for Haiti and he looks the part,” Wanderers coach Stephen Hart said of his newest defender.

“Being born in Montreal, he knows quite a few players on the team. I tried to sign him last year so I’m happy it worked out this time.”

Geffrard himself added: “I’ve heard great things about Halifax. People have told me it’s the best city in the Canadian Premier League because the crowd and the fans are amazing and the pitch is beautiful.”

The left-footed defender stands 6’3″ tall, and should help the Wanderers shore up their defence alongside local fan favourite. Peter Schaale.