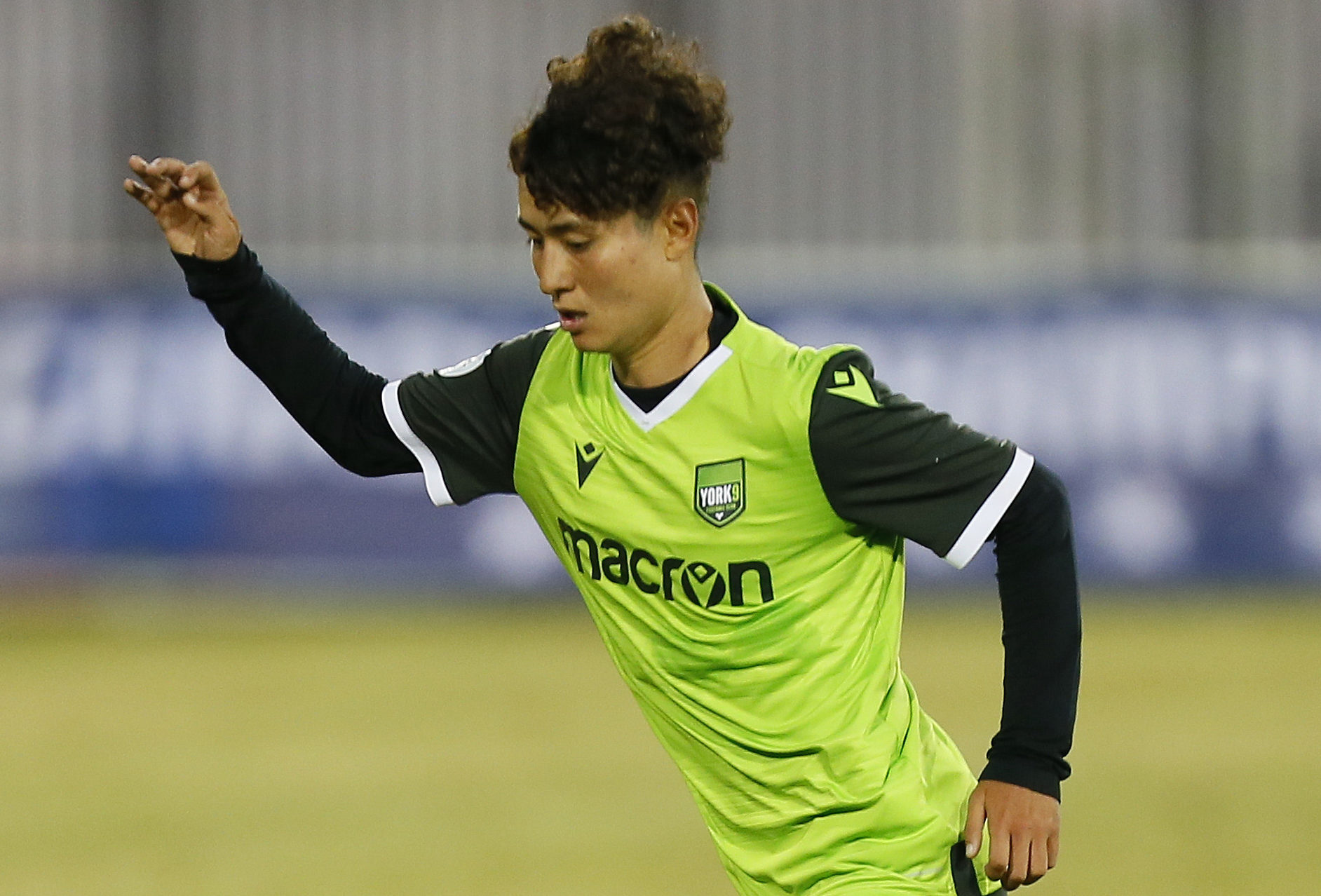 There may be no games going on right now, but there’s still history to be made.

ADO Den Haag, despite being 17th in the top division in the Netherlands, are guaranteed to remain in the Eredivisie next season due to the 2019-20 campaign’s cancellation.

Estevez isn’t the first CPLer sold to a club in Europe — that’d be Tristan Borges, who moved to OH Leuven in the Belgian second tier in January — but he’s the first to jump to a topflight side in one of the continent’s major footballing nations.

“I’m super happy. It’s something that I wasn’t expecting, to be honest,” Estevez told CanPL.ca.

“It’s something that really caught me off-guard, but it feels good to be able to make a little bit of history and leave my mark in the CPL, and show players that anything is possible — that if you work hard and put your mind to it that you can attract big teams in Europe.”

Estevez, a native of Toronto, joined the Nine Stripes last winter after impressing coach Jimmy Brennan at the league’s open trials in his hometown. Scouts at the time referred to him as a “crafty midfielder,” and he’d already caught the attention of some major clubs, having trialed with Spanish side Levante and Queens Park Rangers in England.

Ultimately, Estevez played 21 games for York9 in 2019, including three appearances in the Canadian Championship. He recorded a goal and an assist (the goal coming in York9’s 6-2 drubbing of HFX Wanderers FC in July), although he did miss a handful of matches with injury. He was, nonetheless, an important attacking piece for the club en route to their third-place overall finish in their inaugural season.

Prior to signing with York9, Estevez represented Sheridan College for a season, playing seven games for them in 2017 and scoring once. The following year, Estevez also played for North Mississauga SC in League1 Ontario, as well as SC Waterloo Region in the Canadian Soccer League.

Internationally, Estevez represents Chinese Taipei, for which he’s eligible through his mother (although he also holds Spanish citizenship through his father). He was first called up to the side in February 2019, making him the first signed CPLer to earn an international invite. Estevez made his debut in October in a 2022 FIFA World Cup qualifying match against regional giants Australia, and subsequently earned two more caps against Kuwait and Jordan.

“It’s fantastic to get a player sold to a top tier of any division around the world, but somewhere as prestigious as the Eredivisie, it’s a fantastic opportunity for Emilio, and it shows that the CPL is on the radar of clubs all around the world at the very highest levels,” York9 managing consultant Angus McNab said.

He later added: “On our side, Jimmy Brennan deserves so much credit for identifying Emilio and working with him. We want to be a club that is known for developing talent, and we hope this is the first of many sales to top divisions in Europe.”

Estevez’s move to The Hague will, sadly, put an end to the Mighty Ducks puns in CPL circles, but more importantly, it’s a major laurel for the CPL with regard to the level of its players. After a pair of his former York9 teammates, Ryan Telfer and Rodrigo Gattas, moved to clubs in Cyprus and Azerbaijan, respectively, Estevez has now jumped to arguably the highest level of any CPL player to have moved this off-season.

After Borges’ historic transfer to OH Leuven, former Cavalry FC defender Joel Waterman’s sale to MLS outfit Montreal Impact, and Valour FC teenager Tyler Attardo’s move to Chile, all of which came in quick succession this past winter, Estevez’s sale to Den Haag is yet another major milestone in the development of the CPL.

“This is another exciting transfer story from the league’s first year. From an open-trialist to a club in a topflight tier 1 European League such as the is a remarkable achievement,” CPL Commissioner David Clanachan stated.

“The development of a home-grown system in which our best players can compete has been and is of paramount importance, providing hope and opportunity for Canadian soccer players that wasn’t there before.”

Estevez, still in Toronto currently, told CanPL.ca that he’s due to report to his new side in the Netherlands by July 1.