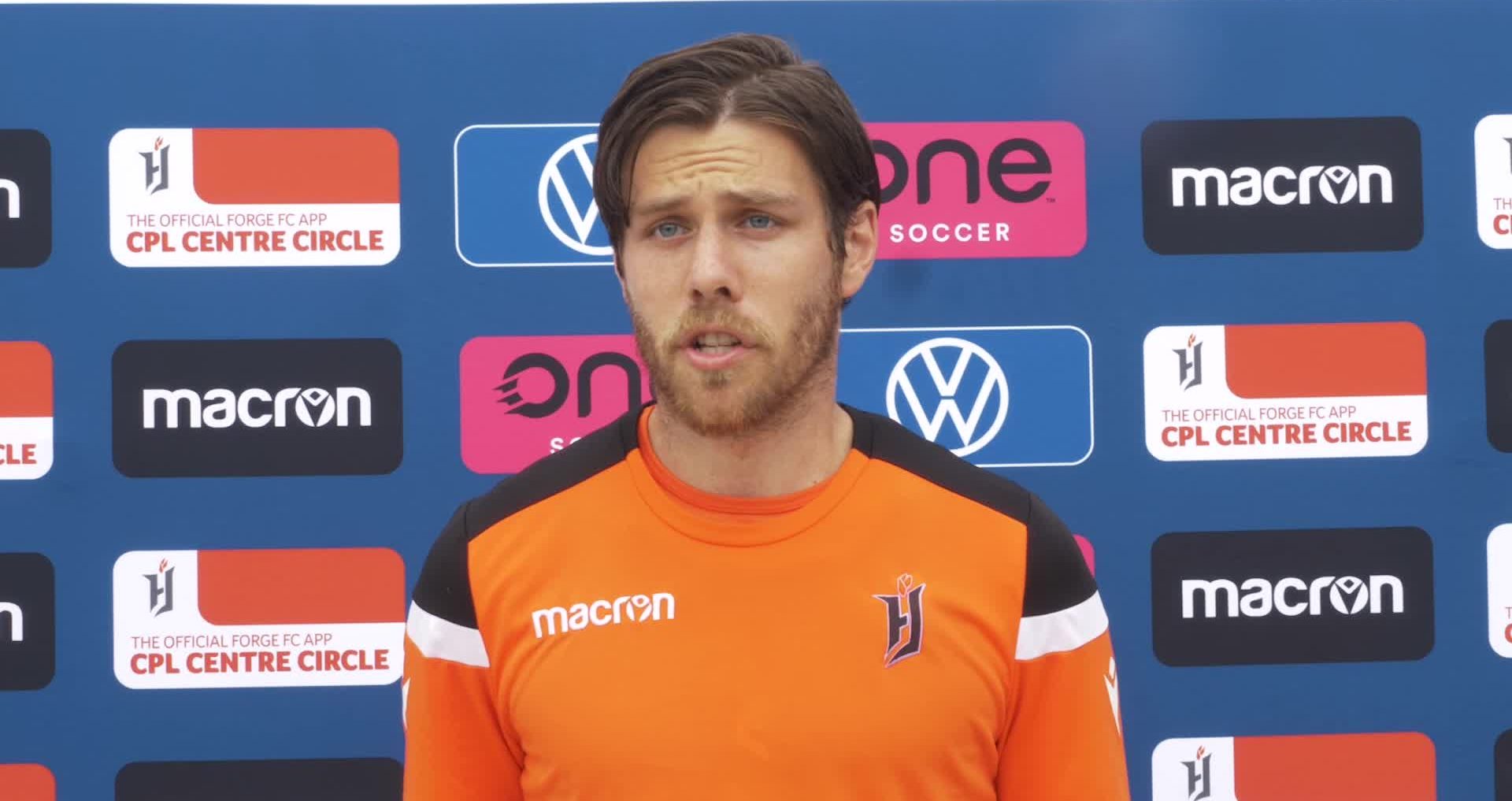 Forge FC made a big splash in the transfer market on Wednesday, announcing the signing of former Montreal Impact and Canadian national team fullback Maxim Tissot.

Forge’s addition of Tissot came as a bit of a shock, and raises some interesting questions.

How did the defending CPL champions fit him under the salary cap? We don’t know for sure, as those numbers are not disclosed. Perhaps the salary freed up by the international players unable to join Forge made the deal possible.

Despite these questions, Tissot is one of the big “gets” of the 2020 CPL off-season, as the Canadian international joins the league’s best team.

Here’s why Maxim Tissot could be the best CPL signing of the COVID-19 lockdown.

RELATED READING: Maxim Tissot gets lifeline from Forge FC: ‘I thought I might have to retire’

Tissot is the sixth player on Forge FC’s roster with MLS experience. Let that sink in. There are 11 seasons worth of top-level experience between Kyle Bekker, Kwame Awuah, and Tissot alone. That’s what makes Tissot so valuable to Forge – another calming presence on a team set to defend its CPL title.

That experience should help guide the Hamilton-based club through a 2020 season (should there be one), especially as CPL teams target the defending champions.

Tissot walks onto Tim Hortons Field as Forge FC’s best fullback. No offense to Johnny Grant or Kwame Awuah (more on them later), but when Tissot is at his best, very few CPLers can compete as an outside back.

He’s a solid defender, but where he excels is further up the field, either as a winger or on the overlap. Well-timed runs and solid support play marked his time with Montreal Impact, playing off talented attackers such as Ignacio Piatti and Marco Di Vaio.

Tissot could easily replace Forge’s Chris Nanco or David Choinière as a winger tasked with late runs or service from out wide. Whether he gets an opportunity up the pitch as a starter is unknown – will Bobby Smyrniotis stick with his Year 1 core as attacking creators?

Pushes Awuah into the middle

Tissot’s arrival at left fullback, a role he told CanPL.ca he feels most comfortable in, gives Smyrniotis flexibility, and a chance to drag Kwame Awuah into a central midfield role more permanently.

Awuah, an MLS veteran himself, was one of the best passing defenders in the CPL last year on the left side. He made more key passes and more pressured passes per 90 minutes than any other defender in the Spring season and Finals 2019, according to Sportslogiq. While his speciality was crosses from deep (he connected on all four crosses attempted in Finals 2019 Leg 1), it’s time Awuah earned a promotion within Smyrniotis’ system, moving into a central midfield position he played under none other than Patrick Vieira at NYCFC in MLS.

The 24-year-old’s ridiculous work rate and pace will benefit Forge’s possession style as they look for middle-of-the-park breakthroughs, especially without Tristan Borges. Awuah would be just as comfortable working in the half-spaces, too, connecting with Tissot and long-time teammate Nanco to get balls deep into corners. The option is there now that Tissot is aboard.

Tissot was earmarked for the CPL from the moment the Ottawa Fury ceased operations late last year.

As a big-ticket singing, it’s easy to peg Tissot for the CPL’s “Ben Fisk treatment” – go to the mid-tier side with the eye of getting significant minutes. Instead, the 28-year-old has gone straight to the league champions and is set to fight for playing time.

If anything, this asserts Forge’s dominance in the CPL’s transfer market, and makes them a favourite for a possible 2020 CPL season.