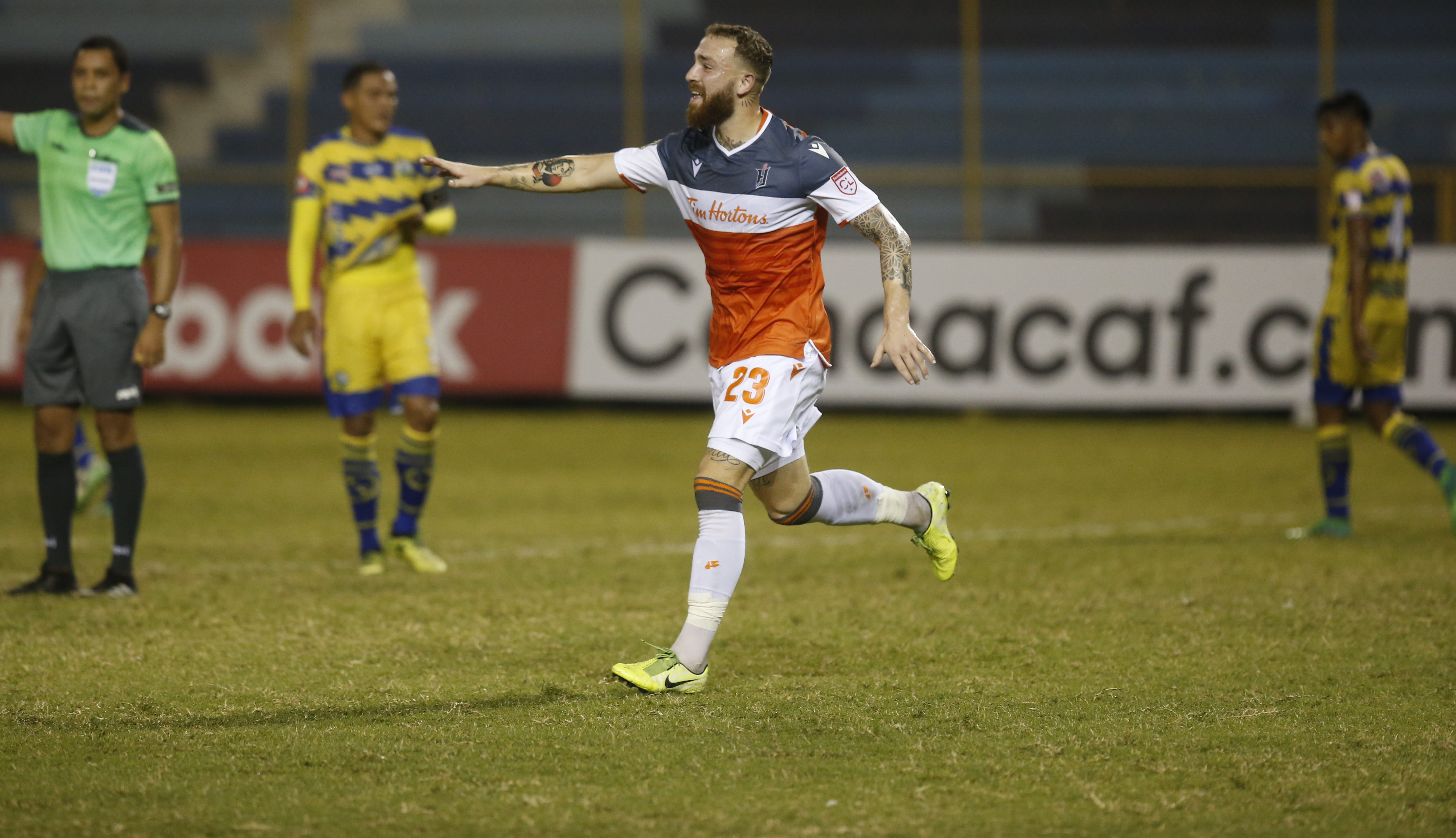 In the wake of one of the biggest shock moves of this CPL off-season, Anthony Novak joined the CanPL.ca Newsroom this week to break down his swap from Forge FC to Cavalry FC, and reminisce on his two years in Hamilton.

When the news broke on Tuesday, the reaction among CPL fans was definitely one of surprise. Still, Novak revealed that Forge fans went easier on him than expected.

“The outreach from the fans today, I was expecting much worse,” he told CanPL.ca’s Marty Thompson and Charlie O’Connor-Clarke. “To be honest, everybody’s been really good, mostly just positive well-wishes and good understanding. I think part of that comes from, I’ve built really good relationships with fans on a personal level. And then also, I think on the field the way that I play is also maybe a bit endearing, just because of the work ethic and stuff.”

Certainly, Forge fans won’t soon forget the goals Novak scored for their club – including their first of the Island Games last summer (against Cavalry) and his last-minute winner in the Concacaf League against Municipal Limeño. It’ll still be strange, though, to see the striker wearing red in the next Forge-Cavalry clash – perhaps the most heated fixture in the CPL the past two years.

Very Excited To Get Started In Calgary ! https://t.co/kffRu1Bfh2

Some of the most intense CPL matches, from Finals 2019 to the opening game in PEI, have been between these clubs, and as a result, there’s been no love lost between the sides. Now, Novak will be sharing a dressing room with former rivals like José Escalante.

“Obviously prior to signing with Calgary there was a bitterness there, that obviously going the opposite direction won’t be the same because it’s more bittersweet,” Novak said. “There’ll be a respect factor of course. But I think the tensions and stuff, and the previous Calgary-Forge games, that comes from just playing passionately. Especially when there’s a rival, you want to stick it to them.”

Novak explained how, after the 2020 season, his intention had always been to test the waters abroad – which he did, with his spur-of-the-moment move to play out the 2020 season with Clube Condeixa in Portugal. After returning home, though, he chose to fully move on from Forge.

To him, the only other CPL club that fits his style of play is Cavalry.

“When the opportunity arose, I got the chance to speak with Tommy (Wheeldon Jr.), and we had a fantastic chat, connected on levels more than just football,” he said. “The decision was pretty easy just after that.”

Of course, Novak still has to get to Calgary – currently in Brantford, Ont., he revealed that in the next few weeks he’ll be packing up his car and driving, solo, across Canada to join his new teammates.

In his appearance on the CanPL.ca Newsroom, Novak went into further detail about his time at Condeixa – explaining how the deal came about, and what life is like in the Portuguese third division – as well as his expected role with Cavalry. To close out the episode, the Newsroom crew quizzed Novak on his new home in a Calgary-themed game of “Would You Rather.”

To hear the entire interview with Novak, as well as the rest of the podcast episode, subscribe to the CanPL.ca Newsroom.