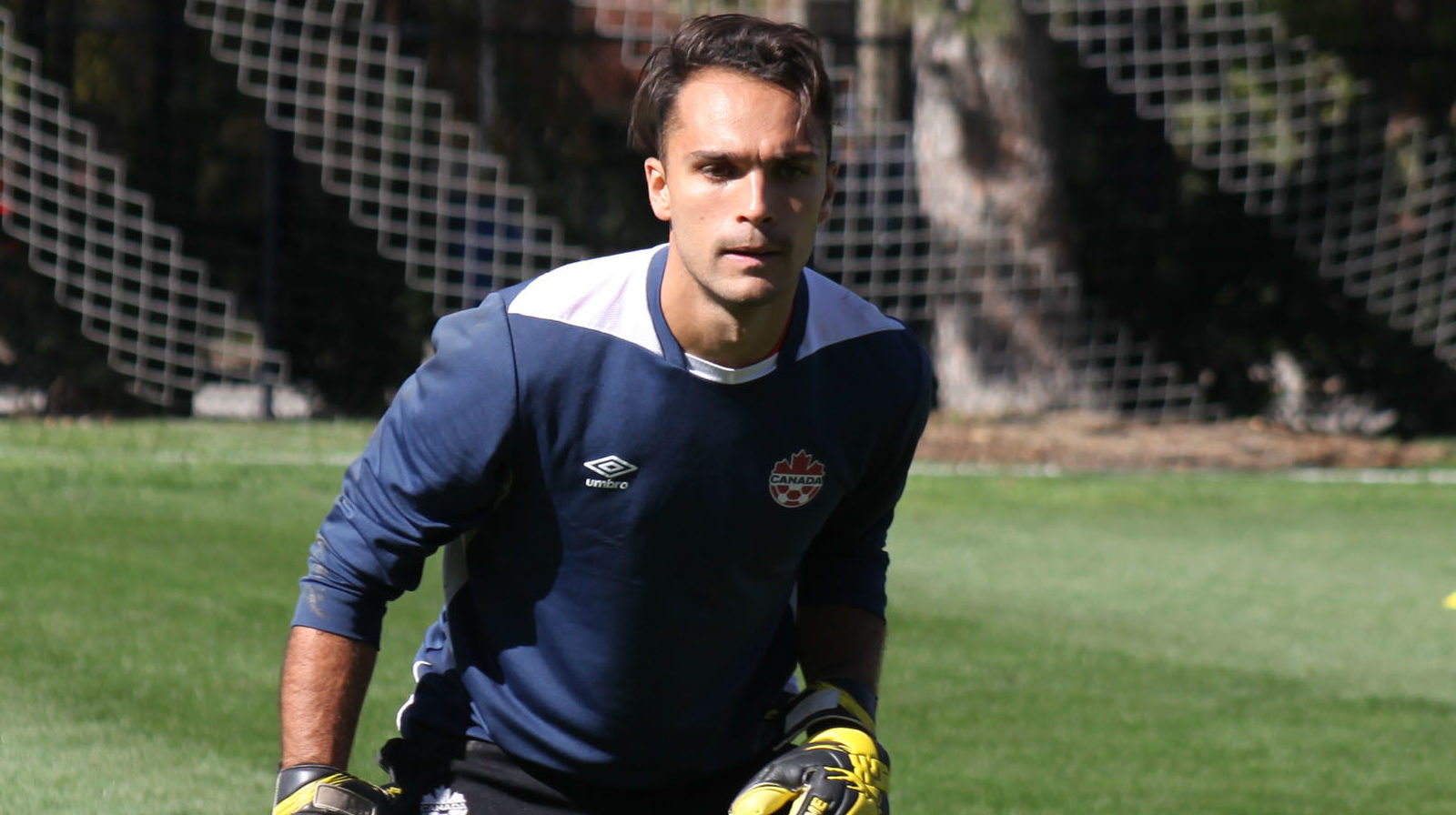 Ricky Gomes is where he is today because of David Edgar and a Portuguese elementary school teacher.

But we’ll get to that later. For now, the 26-year-old goalkeeper is just settling in at Atlético Ottawa’s pre-season camp in Madrid.

Gomes was confirmed as the club’s sixth player signing on Tuesday, along with Quebec fullback Michel Djaozandry.

Fresh off the club’s first formal player meeting, Gomes recounts how he ended up at Atlético Madrid’s training facility after coming from humble beginnings in Kitchener, Ontario.

When we think about footballers from Kitchener, Canadian soccer know-it-alls will come up with the name of Forge FC’s David Edgar right away. Edgar has made over 200 club appearances, including with English Premier League sides Newcastle United and Burnley, during his distinguished career.

“You know people talk about the ‘Carter Effect,’ how Vince Carter changed basketball in Canada when he played with the Toronto Raptors. David Edgar did that for me, and a lot of kids I knew growing up,” Gomes told CanPL.ca

While David made his mark with Newcastle United, Gomes was cutting his teeth in Kitchener under Edgar’s father Eddie, a former professional ‘keeper who served as his goalkeeping coach as a youth. Inspired by an Edgar, taught by an Edgar.

“How does that not motivate you and make you dream of playing at the top level too?” Gomes said.

“Growing up, everyone dreams of being a professional at any sport, but experiencing that, it added a new feel and weight to it.”

By the age of 12, Gomes, following keenly in Edgar’s tracks, knew he had to go abroad to carve out a playing career. Toronto FC, Montreal Impact, and Vancouver Whitecaps made up the bulk of professional opportunities at home.

“I really had that mentality because of that example set by David,” Gomes stated. “It kept me motivated.”

From there, Gomes earned a trial with FC Porto – his favourite team growing up in a Portuguese-Canadian household – at age 14. Gomes would go on to play in other Portuguese youth sides, while also participating in Canada’s national team youth setup – starting in 2012 as an 18-year-old.

He last played for União Madeira in Portugal’s third tier and previously represented Deportivo la Coruña B in the Spanish fourth division, and Arbroath FC in Scotland.

Gomes’ move to Atlético Ottawa marks a gradual return to the Canadian game after playing all over Europe for well over a decade. His parents met in Valença – a Portuguese border town less than a kilometre from Spain. Gomes said the somewhat strained Spanish connection, along with his European experience, made the move to Atlético Ottawa that much easier to make.

“It definitely had a big effect. I’m almost Spanish by a kilometre,” Gomes joked.

“That was a big thing for me – knowing some of that European mentality will follow me home. Obviously it’s amazing linked to a club with such an added dimension, too.”

RELATED READING: Ben Fisk on Atlético Ottawa: ‘This is where my career needs to go’

Of course, having a Spanish-speaking goalkeeper to manage a potentially multilingual backline will help. Gomes was translating for the Spanish-speaking contingent during the club’s first official meeting, including for coach Mista.

“Talking to Mista specifically, he is Spanish coach and he’ll be bringing a Spanish style of play. Ben Fisk and I already have that experience, so adapting will be quick,” Gomes said.

“Mista knows we have to play a bit of catchup but hopefully in this environment, with Atlético Madrid’s training facilities, we can catch up quicker.”

Oh, that Portuguese school teacher? It’s Gomes’ aunt, actually – and she got him that all-important trial with Porto, along with trials at the rest of Portugal’s “big three” in Sporting Lisbon and Benfica – all thanks to a few messages sent to random email addresses.

“She said I had dual citizenship, and there is some interest, and they opened the door.”