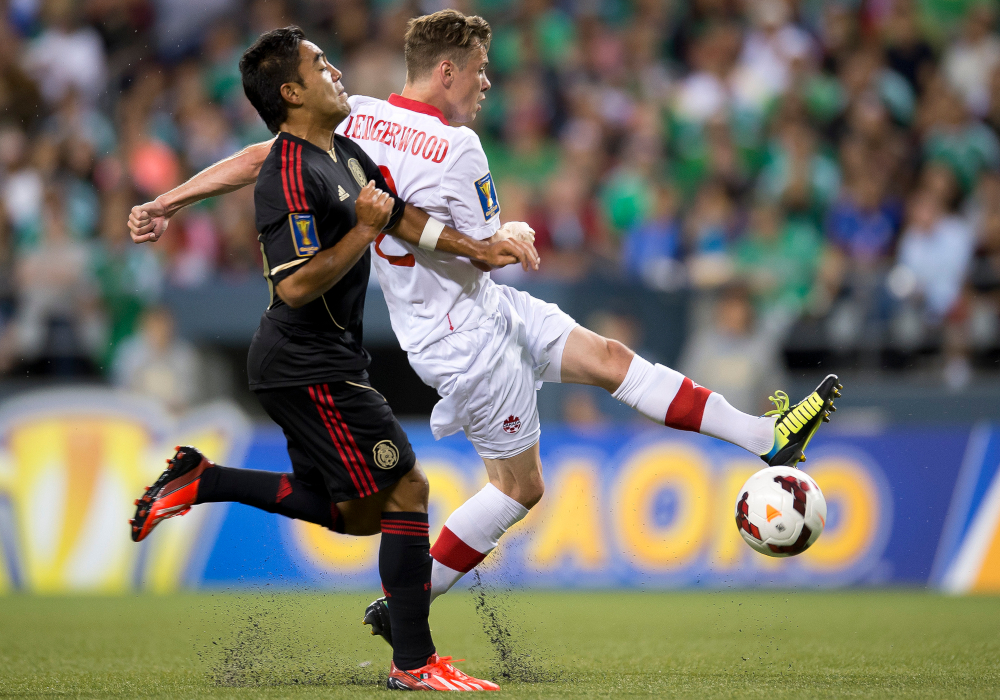 TORONTO — Cavalry’s Nik Ledgerwood isn’t abandoning his “humble” image, but the Canadian international hopes the Canadian Premier League will boost recognition for Canadians who achieve great things in the sport.

After agreeing to terms in Calgary last week, the 33-year-old Lethbridge, Alta. native was forthright after being asked if his achievements have largely gone unnoticed at home.

“I’ve always been very humble when it comes to this,” Ledgerwood told CanPL.ca. “I look at it: I wasn’t an Atiba Hutchinson; I wasn’t a Julian de Guzman … But I was there.”

On a distinguished records list that also includes Paul Stalteri, Dwayne De Rosario, Alex Bunbury and Craig Forrest, Ledgerwood is one of just 26 Canadians to accumulate 50 or more international caps.

“After Paul Stalteri there was nobody who really played as a right fullback in the program for 10 years. I was in that spot,” Ledgerwood reminded CanPL.ca.

“I was lucky to be there at the right time even though I wasn’t a right defender. I was more than happy to play that position. I also started and played under four or five head coaches — which doesn’t happen all the time.”

Ledgerwood added he’s hoping to play for one more Canadian national team bench boss amid rejecting the notion he’ll act as something of a “player-coach” under Wheeldon.

“This game is what keeps me young. I feel youthful playing soccer. It drives me — the love and passion for this sport,” Ledgerwood explained. “I feel good. I’m going to keep playing as long as I can.

However, coach John Herdman has shown a tendency to include veteran leadership in camps as he forges a new identity with Canada’s men’s team.

In a conversation full of both reflection and ambition, Ledgerwood re-asserted an additional benefit of the CPL will be to introduce Canadian soccer fans to players who have already achieved success in different parts of the world.

“It’s time Canadian players get the recognition they deserve through soccer,” said Ledgerwood, who enjoyed lengthy stints in Germany and Sweden before returning to Canada.

“There are handfuls of Canadians who have done extremely well overseas. I’ll throw myself into that group.

“People don’t realize to even stay overseas and make a career is extremely hard as a Canadian.”

What he’s achieved for Canada’s national team, in some respects, is even more impressive.

We’ll see if he can get there once more.