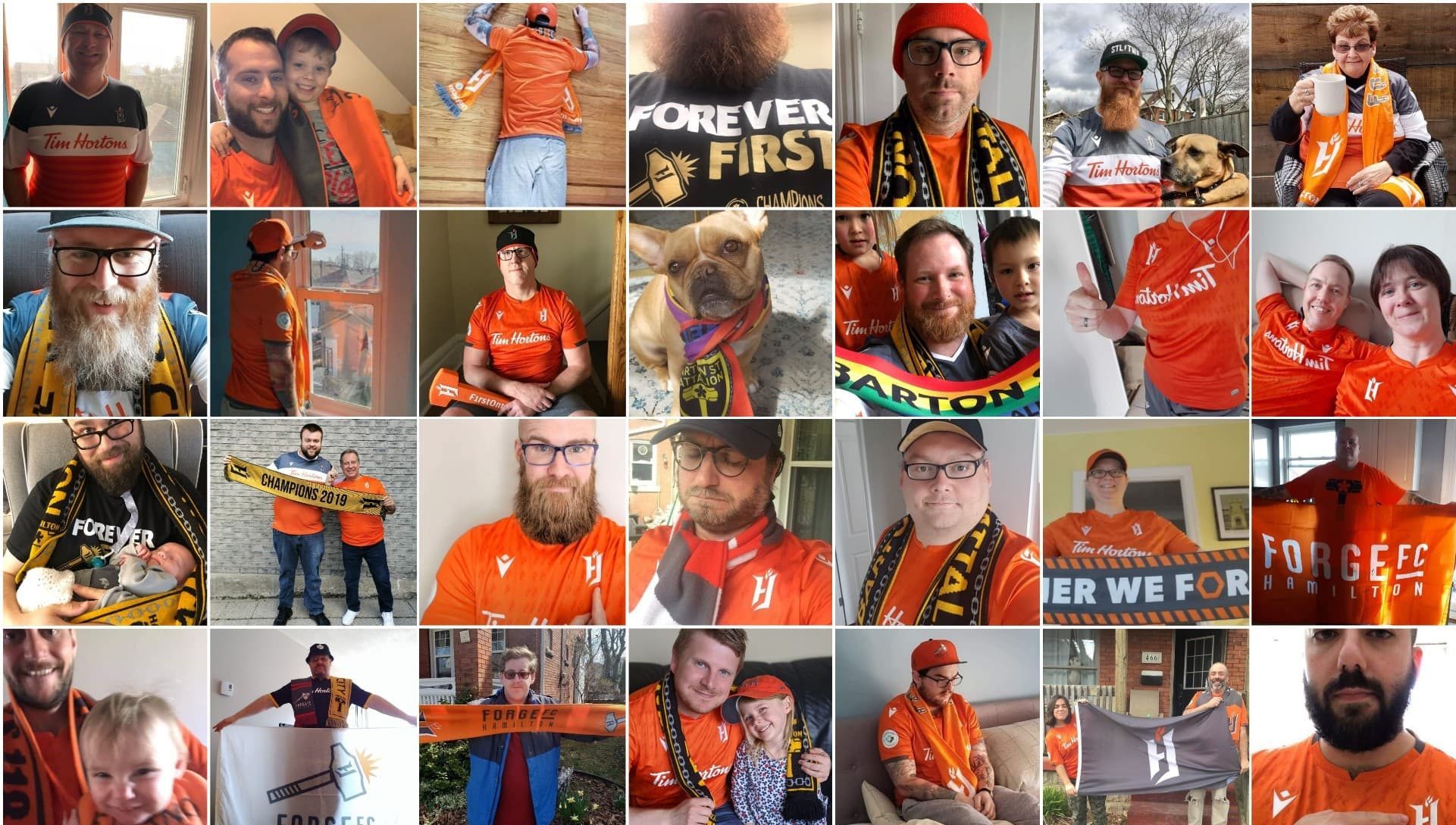 Barton St. Battalion supporters group leader Allan Gorman had all but forgotten about Forge FC’s season opener when an order of 300 scarves recently arrived at his door.

“The (delivery) guy stood there with two six-foot boxes, I stared back for a second. I completely forgot about them. Now they’re sitting in the basement,” Gorman joked with CanPL.ca.

Gorman has to hold onto them for now. He and his fellow Forge FC supporters were set to attend the 2020 Canadian Premier League season opener last Saturday before the COVID-19 pandemic put the campaign on hold. A Finals 2019 rematch versus Cavalry FC would have seen the CPL Champions return home for a hero’s welcome in front of Gorman and the Barton St. Battalion, the league’s first supporters group that was launched in February of 2016.

“Makes you think what the tifo would have been, the organization before, even the events leading up the game – pub get-togethers, or even a chant night, where we brush up on lyrics,” Gorman lamented.

“We haven’t had a chance to celebrate that championship all together in the stadium, either. We had an event last Fall but it’s not quite the same as a guard of honour with everyone cheering. Didn’t really hit until Saturday. It was a tough weekend.”

Barton St. Battalion did, however, have a match to watch Saturday – a live rebroadcast of CPL’s Inaugural Game between Forge and 905 Derby rivals York9 FC on CanPL.ca and on OneSoccer. Forge fans put on their kits on the would-be opening day, with the supporters group sharing over 50 images of Hamiltonians donning orange from home.

Last lot for the night.

You all are brilliant. Miss you all.#StaySafe #StayHome

“We wanted to make as much of a spectacle as we could,” Gorman said of Forge supporters bandying together. “It’s just… there’s nothing that beats live football. When you’re in the stand, screaming with everyone.

It also served as a flashback for Gorman, who has seen the Forge supporters group grow year-over-year from the 600-odd seen in Tim Hortons Field’s southwest corner in 2019. Gorman says Barton St. will continue to engage with its members as the COVD-19 delays continue, with members “getting creative” with new ideas.

As for the scarves, Gorman points to the group’s off-season rebrand, switching from Hamilton’s traditional black-and-gold to “Forge Orange” as another in-stadium element that will have to wait.

“We started in 2016 and a lot of folks had black and yellow scarves and whatnot,” Gorman explained. “We honoured that… but we were tired of looking like away supporters.

“Getting out there with that new look is important, but it can wait.”