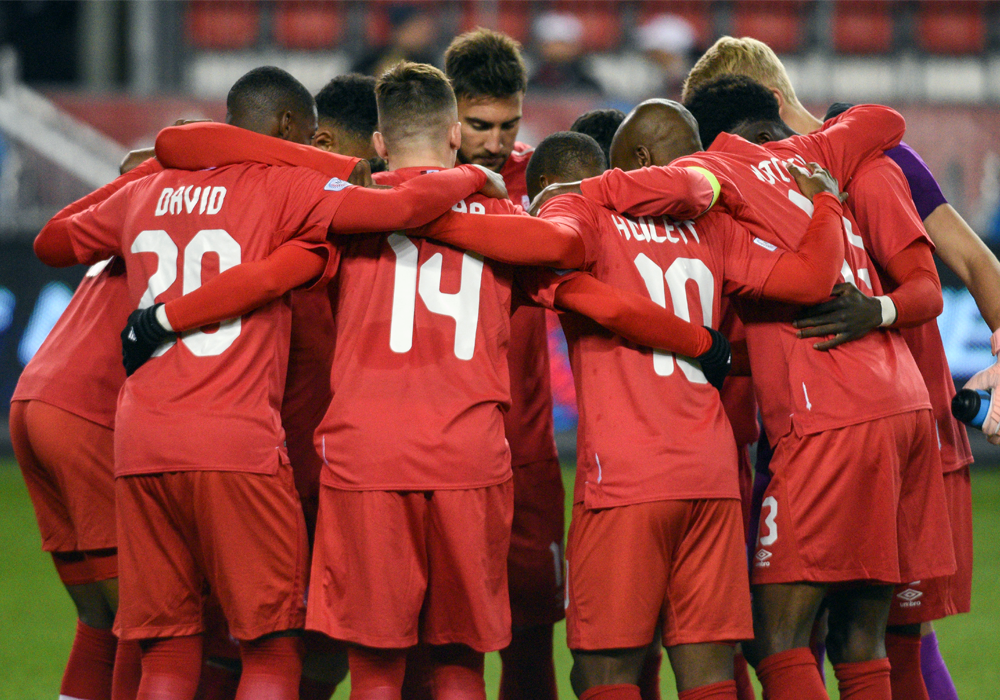 TORONTO – Change is in the air for the Canadian men’s national team – much needed, perhaps, and certainly received by fans in good spirits – and for team manager John Herdman, a culture of respect brought on due to an upbringing in the country has him singing the praises of his young players ahead of an away tilt against St. Kitts and Nevis.

As his team prepares to play in its third of four CONCACAF Nations League Qualifying matches (Nov. 18, 7:00 p.m. ET at Warner Park), Herdman reflected on some of the immediate changes he and his staff have already seen within the team ranks, citing a “high level of buy-in” to his plans as playing a key role in his early successes.

But the biggest factor, Herdman claims, is the “quality of the people” who make up his team.

“I think a lot of our players have never had a career that’s been given to them. They’ve had to strive and fight and endeavour through their playing careers to get to where they’ve gone to,” Herdman said in a pre-game conference call on Friday.

“When I first took the job on, I faced questions like ‘how is he going to handle these characters, these million-pound players?’ but the reality is that we’ve got a very humble group.

“There’s a respect there, and we’re now building a very solid working relationship, built on some real solid core values, which are inherent in Canadian culture generally, but are definitely inherent in people who’ve had to work to get to where they’ve gone to.

“That’s surprised us (with) how humble they are, how open-minded they are, and also, how progressive they are.”

Working with players who sport those characteristics isn’t new for Herdman: Asked if he saw those aforementioned traits during his time as manager of the Canadian women’s national team, the Englishman offered a resounding yes.

“Two, three camps in, you do start to realize that the value system, the respect, the humility, the simple things with how (the men’s team) carry themselves in international environments, the (lack of) sloppiness there in how they treat people, all of that shows there’s genuinely goodness in our people,” Herdman said of Canadian soccer players.

“Everyone has an ego, somewhere, somehow, but we learned on the women’s side very quickly to leave the egos at the door, and slowly but surely with the men, you’re starting to see a very similar trend. It’s the DNA of Canadians – we’re respectful, quite humble and are prepared to leave the ego at the door for the good of the bigger purpose.

“That’s what I’m seeing with this group, just as I did with the women’s team.”

Having identified that “Canadian DNA,” Herdman explained he has been deliberate in how he and his staff implement a new “cultural framework” within the team, and was delighted to share that his players have been “ticking boxes” against certain objectives laid out over a long-term plan and executed over individual training camps.

He specified that players are “literally getting off the plane and getting on with the tasks at hand” with no need for time spent – or, in his words, wasted – reacquainting themselves to the direction Herdman has set out.

“When we look at the team spirit, we’ve started to build the foundations of what they’ve called the brotherhood. We exposed them to people from the military and to UFC fighters who talk about the code, the code of their sport or of their uniform, and the players have taken a lot from that. It’s a very transparent foundation of behaviours that are going to take us to where we want to get to, which is that 2022 World Cup and beyond.”