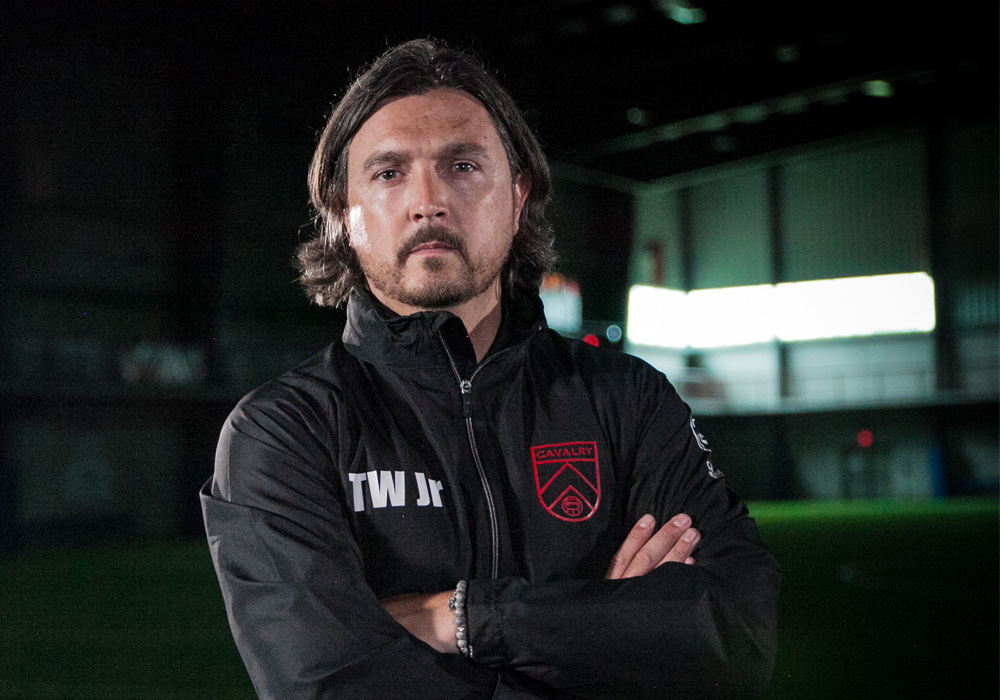 TORONTO — A season-long “interview” resulted in Cavalry FC signing a local trove of players who now have the opportunity to perform in front of not just Canadian Premier League fans, but the greater Canadian soccer community.

“These are the guys who stepped up and won a championship,” Wheeldon told CanPL.ca. “If we were in any other league in the world they would have been promoted to the next division.”

That promotion arrived Wednesday afternoon in the form of CPL contracts Wheeldon insists they’ve earned in their own separate ways.

Carducci, 22, arrives back home following a four-year stay in the Vancouver Whitecaps setup and a brief stint with Rio Grande Valley (USL) in south Texas.

While the former Canadian youth international has been compared to England’s Jordan Pickford due to his stature, athleticism and distribution, Carducci hasn’t yet enjoyed a run of games at the top level.

“He suits the way we like to play,” Wheeldon described his 6-foot-1 goalkeeper, the first signed in CPL history. “He gives a presence in other ways because he’s very calm, confident.

“He has an incredible penalty-saving record. He’s very commanding, comfortable, classy. I couldn’t speak more highly. He’s great in the community. He’s someone we feel is a great ambassador for our club.”

More than anything, Wheeldon added, Carducci is targeting a return to the senior national team after receiving his first call-up in early 2017.

“He’s working hard to bridge that gap,” Wheeldon said, adding Carducci will be 29 years old when Canada hosts the World Cup in 2026. “That’s his objective. He wants to make that squad.”

Then there’s Serban, a former Whitecaps II fullback Wheeldon described as fearless in the attacking third and “tenacious” in defence.

If Carducci and Serban are examples of young Canadians fighting for first team minutes, Zator is an example of an up-and-coming prospect biding his time before the right opportunity.

“He’s a great example for kids who don’t get picked up for their provincial teams or academies or national youth teams. He’s never been selected for any of those,” Wheeldon said.

But four years at the University of Calgary and a brief stint with Whitecaps II prepared Zator, 24, to captain Foothills FC to a title last summer, which convinced Wheeldon he’s ready for the next level.

“He’s a modern day centreback — very athletic and very quick,” Wheeldon told CanPL.ca. “But because he used to be an attacking player in his younger years he’s very comfortable with the ball.”

That same composure is what convinced Wheeldon to add Adekugbe, a midfielder who’s often compared to his brother, Canadian international Sam Adekugbe, despite the siblings occupying different spots on the pitch.

“He likes to have the ball at his feet,” Wheeldon described Elijah. “He allows us to catch our breath if we’re under pressure. He likes to keep us in possession by moving the ball.”

Wheeldon also noted Elijah’s resiliency to come back from an Achilles injury in 2017 to lay down an “incredible” year.

“This is why this league was built — to give guys (like Elijah) the opportunity to stamp a claim. His best years are still ahead of him,” Wheeldon said.

The four signings represent a mantra Wheeldon presented amid coming to terms with ownership at Spruce Meadows.

In a league that’s national, local and international, Cavalry FC are where they want to be ahead of the winter transfer window.

“It just fits with what we’ve said,” Wheeldon finished. “When I met with ownership I asked how this league will impact Canadians; What opportunities are we willing to give?”

It’s up to this crop of up-and-coming Canadians to do something with it.