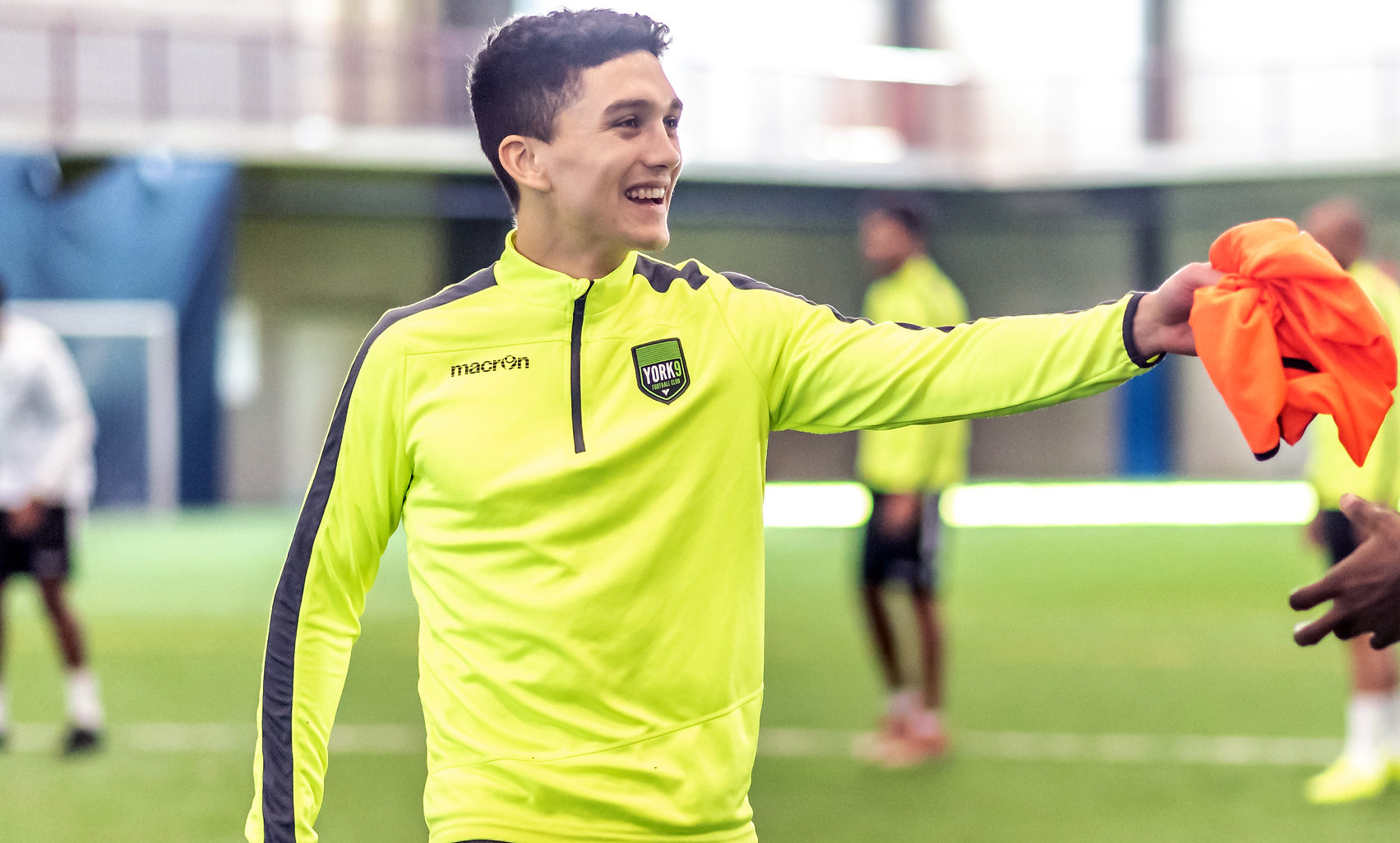 With pre-season training camps into Week 3 and Canadian Premier League rosters nearing capacity, we’re looking at who’s projected as the top CPL players in each position.

Here are our top five central midfielders (in no particular order) who are projected to emerge as the best in the CPL.

Bringing MLS pedigree and German youth international experience to the Cavalry midfield, Julian Buscher is exactly the sort of link-up midfielder that Tommy Wheeldon Jr. can rely on in the middle of his team’s lineup. Buscher is a little more attack-minded, capable of springing a winger with a well-placed diagonal, and his balance and athleticism make him a resilient option in midfield. He comes into the league with plenty of friends, having played alongside a number of Canadians at Syracuse University. But on the field? There’s no friendships to be kept over those 90 minutes.

The perfect compliment to Ryan Telfer and Kyle Porter in the York9 midfield, Manny Aparicio enters the Canadian Premier League with a bit of a chip on his shoulder, having endured adversity and challenged his personal growth through time in Spain. This dynamic midfielder offers bounds of energy in the middle of the park and has an eye for a defence-breaking pass or two, so opposition midfielders won’t be keen to let him roam free in-between positional lines. Coupled with a touch of creativity, Aparicio could emerge as the top contender in this category by year’s end.

We’re not quite certain if Michael Petrasso can be classified as an out-and-out central midfielder; he’s neither a traditional No. 10, despite being heralded for his attacking instincts, and was most recently deputized at right-back during his time with the Montreal Impact. But early indications from Valour FC camp seem to hint that head coach Rob Gale is setting his side up in a 3-5-2, lending credence to the idea that Petrasso could slot in at the right-side of that inverted midfield triangle. If that’s the case, his pedigree and time at QPR alone sets him apart from the pack. A touch of greatness helps, too.

One of the standout performers from the CPL’s Open Trials, Kodai Iida brings a bit of finesse and craftiness to the midfield spot. His head coach Stephen Hart describes him as “instinctive and unpredictable and tricky” and adds that every one of the coaches at the Quebec Open Trials “noticed him immediately.” It’s a glowing review of a player who has yet to solidify a role in a professional team, though this reporter would peg him as a central midfielder through-and-through; his work rate lends itself to tracking back, while his attacking vision allows him to transition well on the front-foot.

Another Valour FC midfielder, Dylan Carreiro brings a different sort of versatility to Gale’s lineup, capable of slotting in on the wing or at the tip of a midfield diamond. But, his time in League1 Ontario indicates a propensity for a more generalized midfield role, where he and Petrasso can work in-tandem in front of a more defence-minded enforcer. Carreiro brings plenty of experience for club and country, having suited up for Canada’s youth ranks in the past, and was also hardened by the Scottish battlegrounds during his time at Dundee. It may prove vital experience in hearty Winnipeg, the place of his birth.