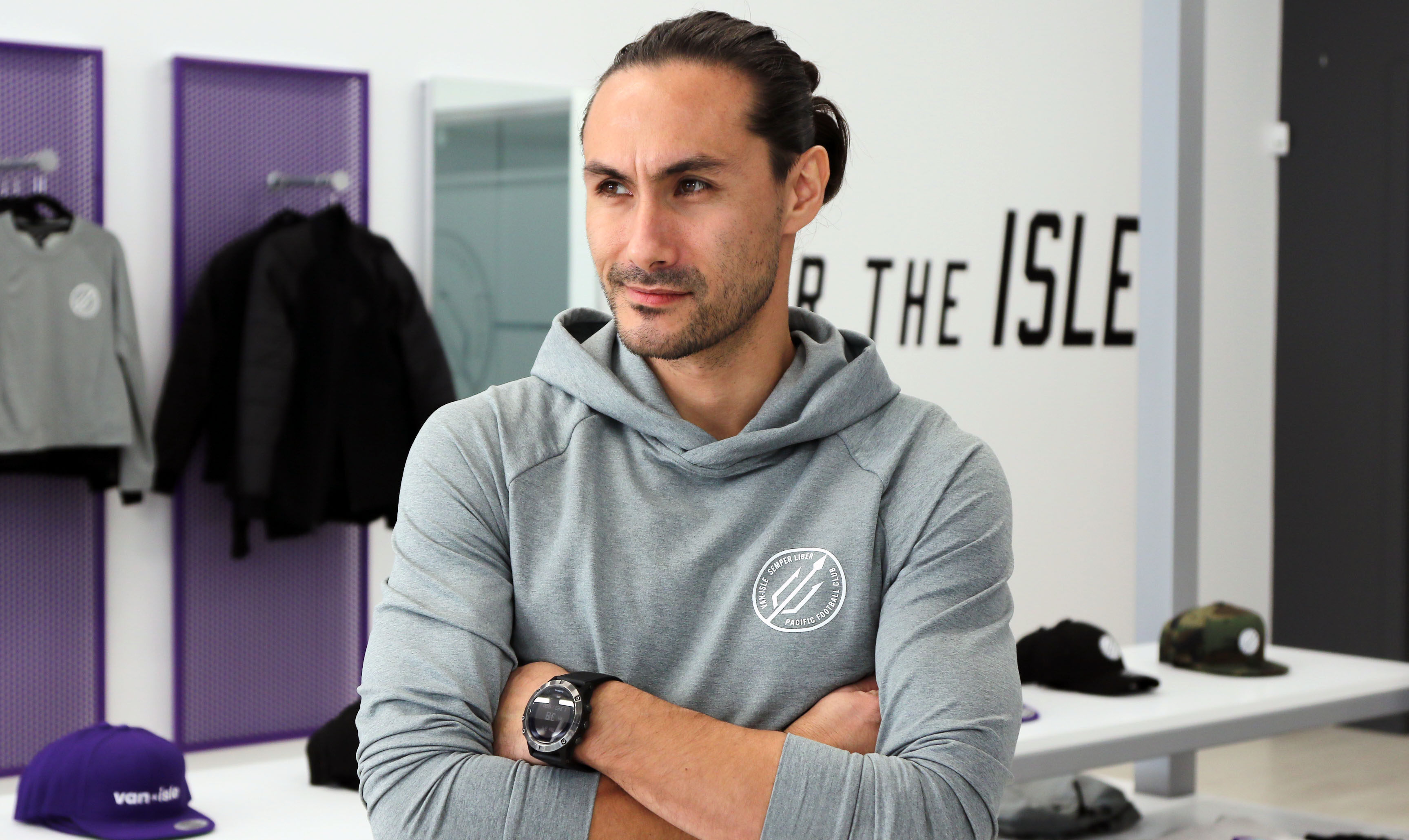 Here are our top five right-wingers (in no particular order) who are projected to emerge as the best in the CPL.

The most interesting man in Canadian soccer, Issey Nakajima-Farran heads to Pacific FC in the latest stop on his wild, worldwide adventure. He’s bought a boat (which you can help name) and promises to embrace life on Vancouver Island as he has in each exotic stop in his club career, but the work on the field is equally important to the Japanese-Canadian attacker. Nakajima-Farran brings excellent acceleration, speed and balance up top, and with a chip on his shoulders, he may bring a touch more aggression to his play in this, his second go at the game on Canadian soil.

It was homecoming at long last when FC Edmonton announced the signing of Randy Edwini-Bonsu, a wiley and dangerous winger who called Edmonton home in his youth but had never donned the team’s kit in the past. He’s a familiar commodity to Canadian soccer fans, having made 10 appearances for the national team. Edwini-Bonsu returns to Canada after spending the last nine years in Germany, and brings with him all the characteristics that made him a standout in his earlier days – a nose for goal, blistering pace, and a penchant for burning his marker on the turn.

One of the quartet of Trinidad and Tobago-based players who head coach Stephen Hart brought into his HFX Wanderers squad, Garcia is unproven at this level but looks a promising prospect. The 22-year-old scored 10 goals last season with TT Super League outfit FC Santa Rosa, and Hart figures he can be a player to watch this season, too. He can play as a No. 9, No. 10, and on either wing, and quickly shot up the youth ranks to the senior national team. Could he be a breakout star in 2019?

York9 FC’s first player signing is also one of its most dynamic attacking threats. Kyle Porter is a versatile winger-forward who brings a finishing instinct and the kind of confidence needed to drop a full-back on an attacking play, and that’s exactly what head coach Jimmy Brennan will want to draw from his star man this season. Experience playing for teams like D.C. United, the Ottawa Fury, the Atlanta Silverbacks and, most recently, the Tampa Bay Rowdies puts Porter in good form ahead of the inaugural CPL season. And, seven caps for the Canadian national team ain’t too bad, either.

A Sigma FC product who has USL experience playing for Bethlehem Steel, Chris Nanco re-joins head coach Bobby Smyrniotis with Forge FC in the hopes of establishing himself in the Canadian soccer rhetoric once and for all. His time at Syracuse University looked promising – Nanco scored 21 times and tallied seven assists in 84 games for the Orange – and has represented Canada at the youth level, too. What else does Nanco bring to the table? A bit of speed, some nifty footwork, and a never-say-die attitude. He’s quite humble off the field, too.