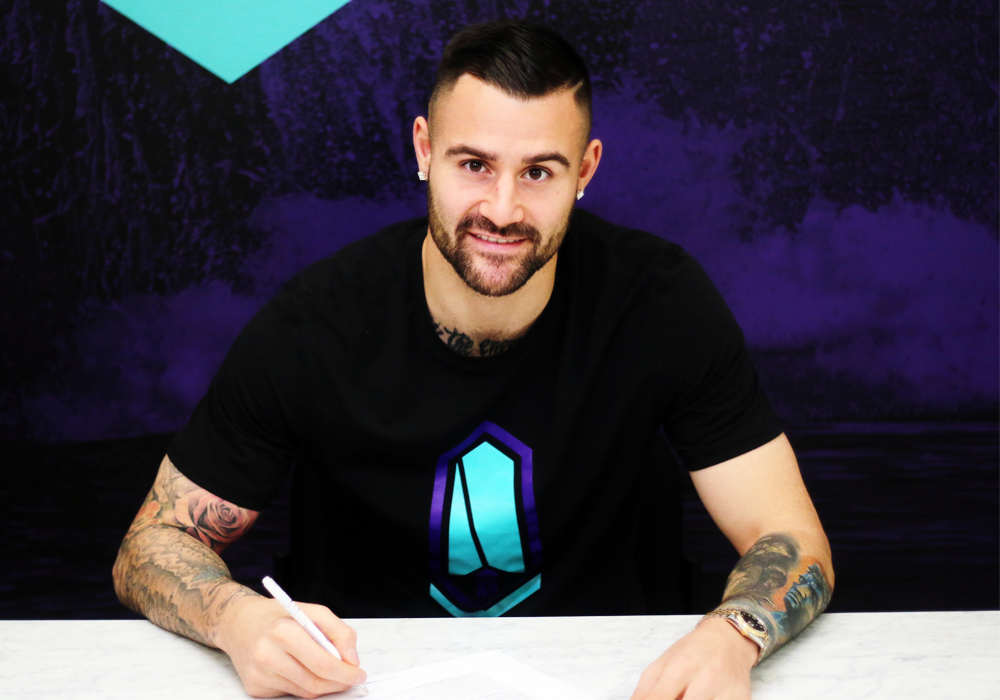 Here are our top five strikers (in no particular order) who are projected to emerge as the best in the CPL.

If you’re talking about Canadian target men, Pacific’s Marcus Haber might be the third name out of your mouth behind Lucas Cavallini and Cyle Larin. The 6-foot-3 striker arrived on Vancouver Island earlier this year to much fanfare, making the move to not only grow a league, but to potentially catch the attention of Canadian national team coach John Herdman. Haber enters the CPL’s inaugural season as, perhaps, the most imposing striker in the league. His 27 appearances for Canada amid a solid run in the English and Scottish football leagues system has him projected to be one of the top-performing offensive players in Season 1. With expectations raised, Haber will be under pressure to be a difference-maker from Day 1 — something that could see the 30-year-old’s name vault up the list of players who are on the fringe of earning a Canadian national team recall.

The definition of a handful, Tomi Ameobi combines size and mobility to such an extent he’s hellish for defenders to deal with for 90 minutes. The well-travelled striker is back with FC Edmonton after a move to FC Cincinnati provided an outlet while the Eddies prepared for a move to the Canadian Premier League. The 30-year-old Englishman-turned-Canadian Resident scored in roughly one-quarter of his appearances for the previous iteration of FC Edmonton. He also brings a high level of professionalism after trudging through the English football system before finding a home in Alberta. What makes Ameobi so dangerous is his ability to hurt teams in the penalty area and on the turn. He’s a dual-threat to dash into the channels and latch onto anything played into the box. He might be the purist No. 9 in the league.

The staff at Y9 have been talking up Michael Cox since the former Orlando City B striker joined their club in February. A long 6-foot-2, the 26-year-old might not be as imposing as the first two attackers on this list, but he offers something different. A striker who prefers to latch onto balls slipped in behind, Cox is lethal when he’s allowed to face the penalty area. And his ability to turn defenders often sees him race in alone on goal. Though he’ll want to improve his output from his stay in the USL, Cox’s ability to finish with both feet was evident during his time in the States. If things go well in York Region, Cox could be the player who pushes Y9 from competitive in Year 1 to champion.

Once an up-and-coming prospect at West Ham United, Cavalry’s Jordan Brown bucked the trend for young Englishmen. The former England youth international, still just 22 years old, moved to Hannover 96 II before joining Czech side Znojmo. Now Brown’s in Alberta, forging a path he didn’t think was possible when he departed London for new experiences. What we know, though, is Brown is looking to the CPL for an opportunity to reignite a career in a province that’s eager to fall in love with a goal-scorer who represents the workmanlike mentality coach Tommy Wheedon Jr. will demand at Spruce Meadows. Brown showed he could produce in the Bundesliga’s reserve system. There’s no reason to think he won’t be given the chance to do the same in Calgary.

Few are talking about Perea, but the Colombian talisman could surprise the CPL in the league’s inaugural season. The 32-year-old bounced between the Americas and Major League Soccer before HFX coach Stephan Hart brought the Colombian to Nova Scotia. Perea thrives off splitting, well-timed, diagonal runs that twist up central defenders. His calm demeanour in front of goal has seen him consistently score in Peru, Chile and El Salvador. Will the South American’s experience be too much for some of the CPL’s younger back lines to handle?